While Honor is working on its flagship, the Honor P50 series, the company is also working on another device. There are a couple of speculations regarding the Honor Play 5. However, the latest official teaser shows the screen details of this smartphone. According to Honor, the Play 5 will come with a 6.53-inch OLED high-definition true color screen. Furthermore, this display also supports the DCI-P3 color gamut. 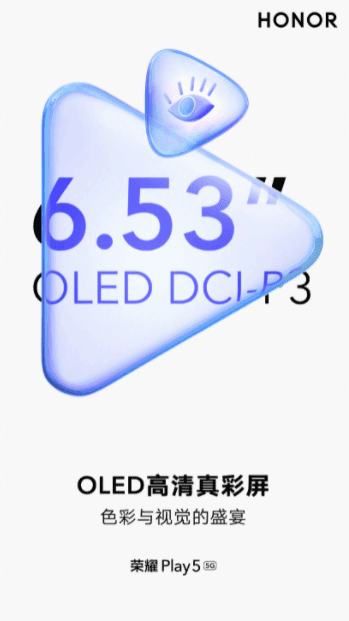 The Honor Play5 series will be officially released on May 18. This smartphone comes with a matrix quad rear camera setup. The main sensor is a 64MP camera and it also supports 66W super-fast charging. In terms of design, the Honor Play 5 series adopts a water drop screen design. The thickness of this smartphone is about 7.46mm and it uses a gradient design. According to previous reports from @DigitalChatStation, the Honor Play 5 will come with a MediaTek Dimensity 800U processor. 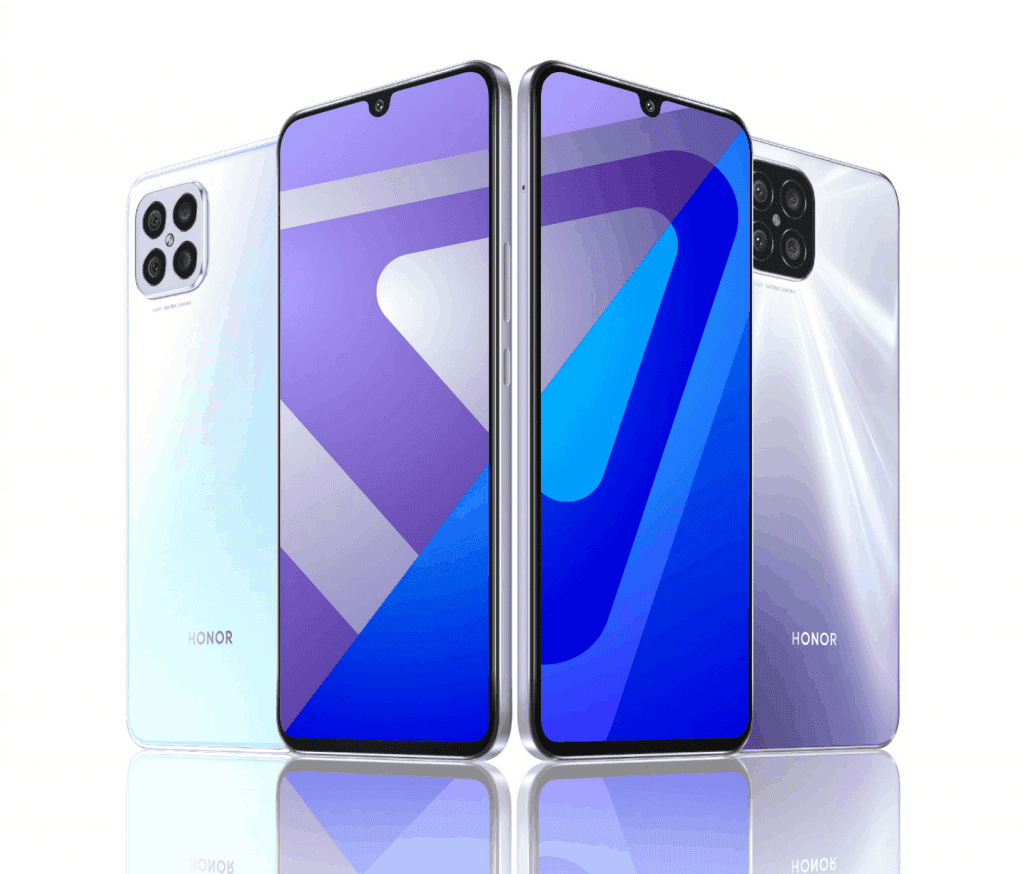 For now, the specifications of this smartphone are not available. However, the speculations and rumors so far give us an insight into what this device will bring. The Honor Play 5 can be best described as a premium mid-range smartphone. This means that it is a mid-range device that will come with some flagship features.

Firstly, this device will come with a 66W fast charging capacity. Many flagship smartphones in the market do not use such high-power charging. The waterdrop display will have a resolution of 2,400 x 1,080 pixels and an aspect ratio of 21:9. The chipset, Dimensity 800U is a 5G processor that comes with a decent performance. In terms of RAM and internal storage, we expect at least 6GB of RAM and 128GB of internal storage. Unfortunately, our fears are confirmed with a 3,800 mAh battery capacity. These days when we’re used to smartphones with more than 4,000 mAh batteries. Thus, we don’t know if the battery life comes with the Honor Play 5 will impress. However, there is something to be thankful for, the charging capacity is high. This means that it will take a few minutes to get a full charge.

In addition to its 64MP main camera, this smartphone will also come with an 8MP ultrawide and two 2MP modules likely for macro shooting and depth sensing. With its small battery, we do not expect this device to weigh much as it weighs only 179 g. As of now, it is unclear whether the device will come with MagicUI on top of Android 10  or will finally move to Android 11.

Next TSMC to build a 3nm plant in the U.S. - To invest tens of billions of dollars