Probably few people expected that someone in their right mind and memory would call Xiaomi the number one company on the market. But it happened. And this happened in 12 countries around the world in the first quarter of 2021. The company was so delighted that its vice president, Lu Weibing, boasted of the event. 12 markets where Xiaomi smartphones are favorites are Spain, Russia, Poland, Belarus, Ukraine, Croatia, Lithuania, Malaysia, India, Nepal, Myanmar and Colombia.

The top manager of the company did not forget to inform that for the first time Xiaomi was the second in the European market; and for two quarters in a row it has been leading in Eastern Europe. For five quarters in a row, the number one company in Spain, managed to become the third in Western Europe and worldwide. The company also took the fourth place in the ranking of the “50 best global brands in China”.

Earlier, Xiaomi Group announced that in 2020 it managed to earn 152.2 billion yuan on smartphones; which is 24.6% more than a year earlier. Worldwide shipments of mobile devices of the company amounted to 146.4 million units and an annual growth rate of 17.5%. Of these, 10 million fell on devices in the top segment with a price tag of $ 300.

For 2021, the company has set itself the goal of supplying more than 200 million smartphones to the global market. But the implementation of these plans may be hampered by the coronavirus pandemic; which has swept over India, where Xiaomi is especially strong, and it sells its devices there batches. One should not write off the growth in the cost of the company’s smartphones; which will lead to the disappearance of the main advantage over competitors – a lower price. 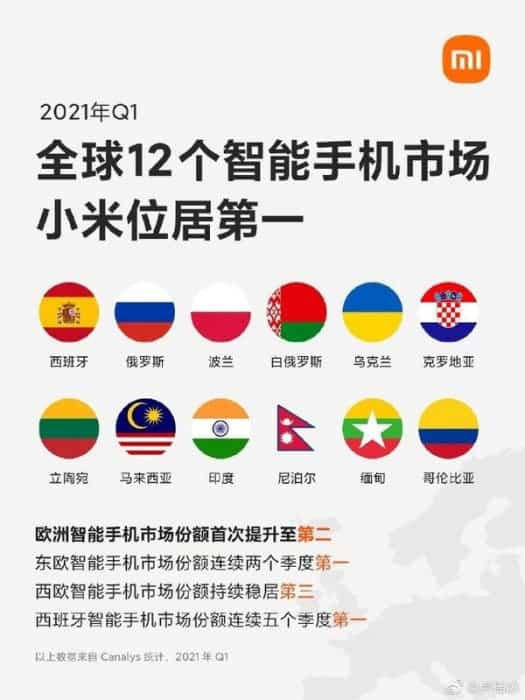 According to Chinese media reports, in application No. 29673851, filed back in 2018, the company applied for registration of the MIX trademark for such classes of gadgets as “computers, pedometers, mobile phones, sensors, etc. ” The court ruled that the brand was not only in use for a long time; but also registered by another Chinese smartphone manufacturer – Meizu.

Moreover, the court also noted that a similar trademark is used by many other companies. It is noteworthy that one of the main reasons for the rejection of the claim was that the “term” MIX is used to refer to products of a “similar nature” from both Xiaomi and Meizu.

We know that Xiaomi first unveiled the experimental flagship smartphone of the Mi MIX series in October 2016. At the same time, the Meizu MIX product appeared two months earlier. But, unlike its rival, Meizu did not present a smartphone, but a “hybrid” mechanical watch with some smart features. The innovative Xiaomi smartphones will still launch under the Mi MIX trademark.