Two months already have passed since the Realme GT unveiling in China. The Chinese brand unleashed the new Snapdragon 888-powered flagship in the beginning of March and since then customers in other countries like India are eagerly waiting for the handset. The Realme GT is definitively an attractive smartphone due to its impressive specifications and low pricing point and has a lot of hype surrounding it. While Realme is keeping a low profile on the device’s global availability the company’s Android 12 Beta announcement basically teased the device’s arrival in India.

Of course, this may be just an optimistic guess, but we can’t see a reason for Realme to not bring its flagship to India. The Asian country has been a key market for the brand since its debut in 2018. Well, this may happen in the next month as per a recent report. Realme has subtly teased the launch of the Realme GT 5G in India while announcing the device’s support for Android 12 beta 1. “With our upcoming Realme GT, we are among the first brands to support Android 12 Beta 1. Our aim has always been to bring the best for our users, so stay tuned to find out more”. The tweet clearly does not bring any revealing details, but it was forwarded by the company’s official India division. 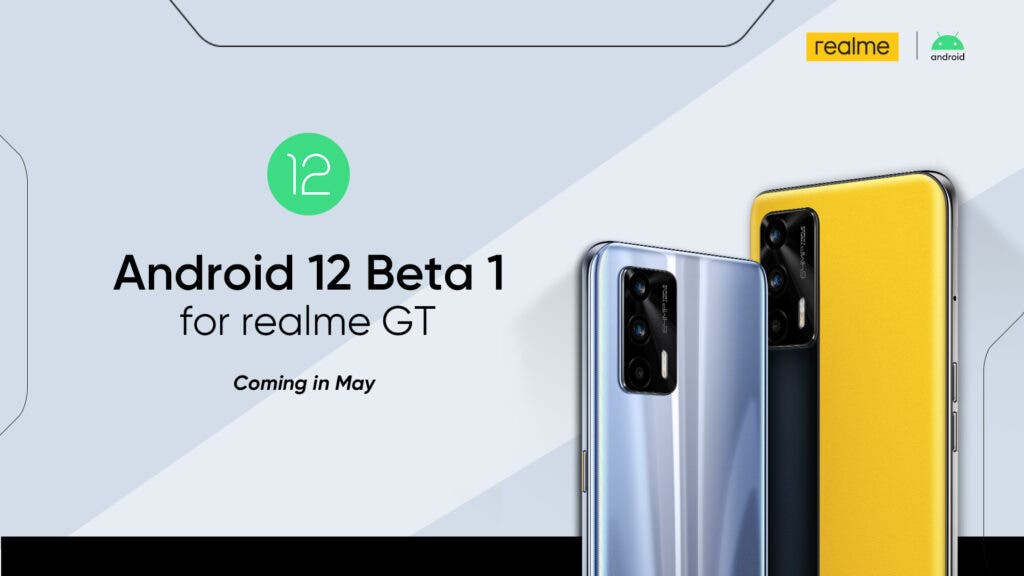 Having the company’s Indian branch sharing a teaser regarding a smartphone that isn’t available in the country it’s a little strange. However, it certainly suggests that Realme India will soon have the Realme GT 5G under its portfolio. This seems to be the way to build hype among the Indian fans since the device will be one of the very first Realme devices to receive Android 12-based Realme UI 3.0 once it becomes available.

The semiconductor shortage seems to be one of the issues faced by Realme and other smartphones currently. Moreover, the crescent hike on COVID-19 cases in India also delayed many launches. The company may be using its time to ramp up production and ensure a decent stock of Realme GT in India. The device would fit in the INR 30,000 to 40,000 price range in the country. After all, apart from the Qualcomm Snapdragon 888 SoC, the Realme GT is not much far from a decent mid-range smartphone from 2021. The price and the chipset certainly are the most appealing factors in this device and Realme India needs to make it cheap in the country.

Next Cryptocurrency prices are falling across the board