Over the past two years, we have seen the preponderance of foldable smartphones in the market. Samsung is one of the major players in the foldable smartphone market. However, it appears that the company is already working on something more advanced. According to a recent report, Samsung has applied for a trademark called “Z Roll”. Considering the name of this device, it appears that the company is developing a new scroll screen. The name of this new smartphone is probably Samsung Galaxy Z Roll and it will use a rollable display. 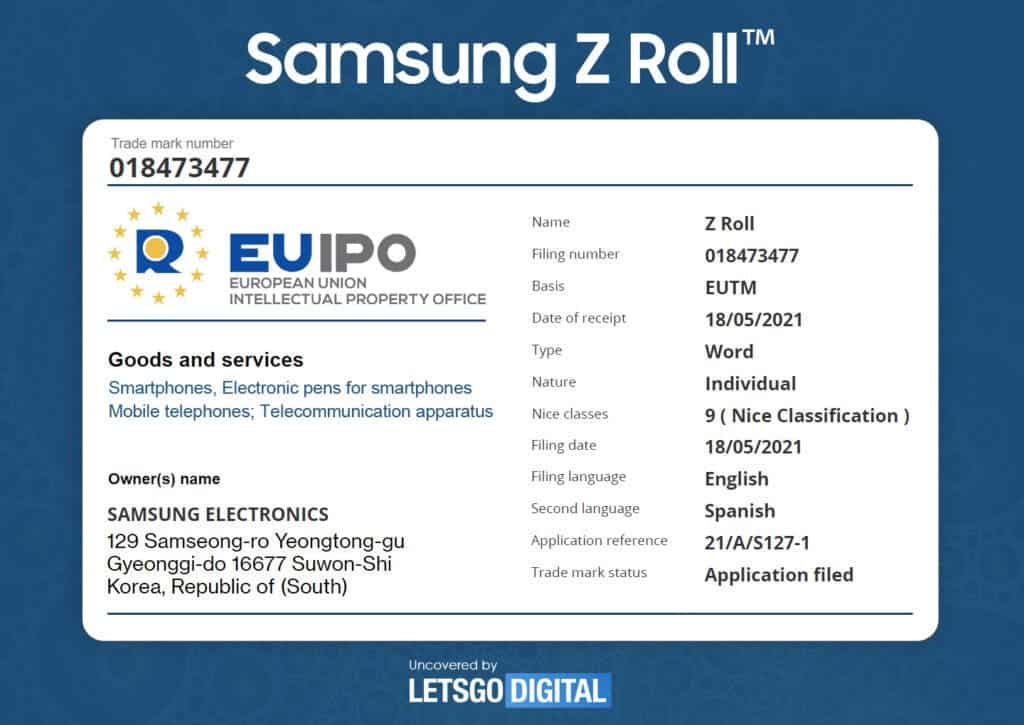 According to LetsGoDigital, Samsung has applied for the trademark in the European Union Intellectual Property Office (EUIPO), and the document shows some interesting details. The first is the name, with “Z Roll” written on it. The classification of this device is Category 9 which includes smartphones and other devices, and may also support S-Pen. This is because the description says “smartphone, smart Electronic pens for mobile phones; mobile phones; telecommunications equipment”. 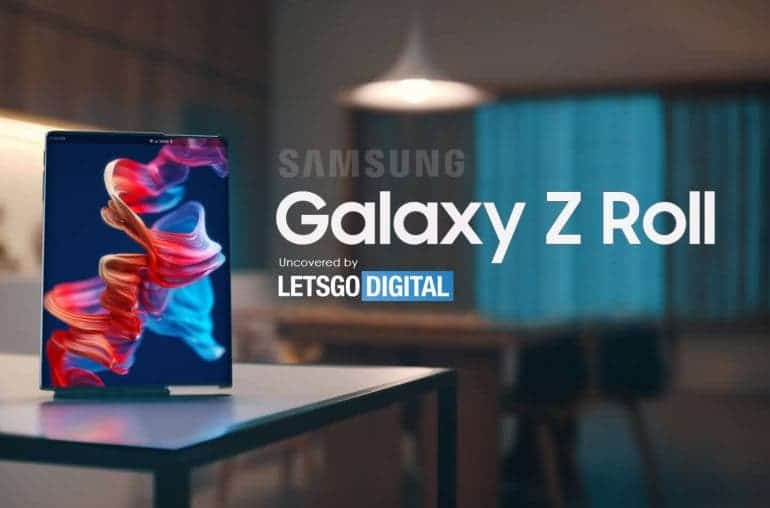 From the images released by Samsung Display, it can be concluded that the slidable smartphone in its most compact form is a regular-sized smartphone. In portrait mode, the screen can be pulled out to the right, after which the screen area is enlarged by approximately 30%. The extra screen part can serve, among other things, for displaying system icons or displaying a messaging app.

Over time, there have been several reports of Samsung phones with retractable screens. For example, in mid-2019, Samsung submitted a patent for a Galaxy smartphone that could be pulled out in width. At the beginning of this year, there were also reports on a sliding smartphone from Samsung. The display of this device can be enlarged by about 30%. Rumors have been going on for some time about a rollable Samsung smartphone. At the beginning of 2020, a retractable Samsung Galaxy phone would already have been shown to a limited group during CES.

From the name, “Roll” means that this smartphone will have a scrolling display, and “Z” means that the device will become part of the Galaxy Z series. It is currently uncertain when the company will release the Samsung Galaxy Z Roll. Of course, we do not even know if the company will ever release this smartphone. It is expected that the Galaxy Z Flip 3 and Galaxy Z Fold 3 will be officially released in late August this year. There should be more information by then.

Next Realme GT arrival in India has been teased