Motorola made its name in the market of smart wearables with the release of the Moto 360. While most companies were sticking with square display, Motorola revolutionized the market by bringing a circular smartwatch that looked just like a traditional smartwatch. Nowadays, circle form factors are pretty much common, but Motorola owns the credit of implementing it first. The Moto 360 was quite successful and receive a sequel one year later that didn’t perform so well as its predecessor. Motorola has put the lineup on a hiatus and has chosen 2021 as the best year to bring it back. The new Moto 360 (3rd gen) will go official in the next few days, and now a Flipkart listing has teased some of the specifications. The wearable will have a Gold dial with leather straps, AMOLED screen with a decent resolution.

The new smartwatch will come with a 1.2-inch AMOLED display that has 390 x 390 pixels of resolution. The screen will also come with scratch protection, but it’s unclear which kind of technology is being used. The device will have a stainless steel circular dial with two buttons on the right edge.

As usual, the wearable will come with a bunch of health and fitness-related features. The smartwatch also comes with heart rate monitoring, step counting, calorie counting and etc. Under the hood, the smartwatch has 1GB of RAM and 8GB of Internal Storage which is decent for a device of this kind. The wearable will offer a single-day battery life and charge within 60 minutes. The smartwatch has its powers ensured by a Snapdragon Wear 3100 SoC. Flipkart does not mention a SpO2 sensor and this feature will certainly be missed. 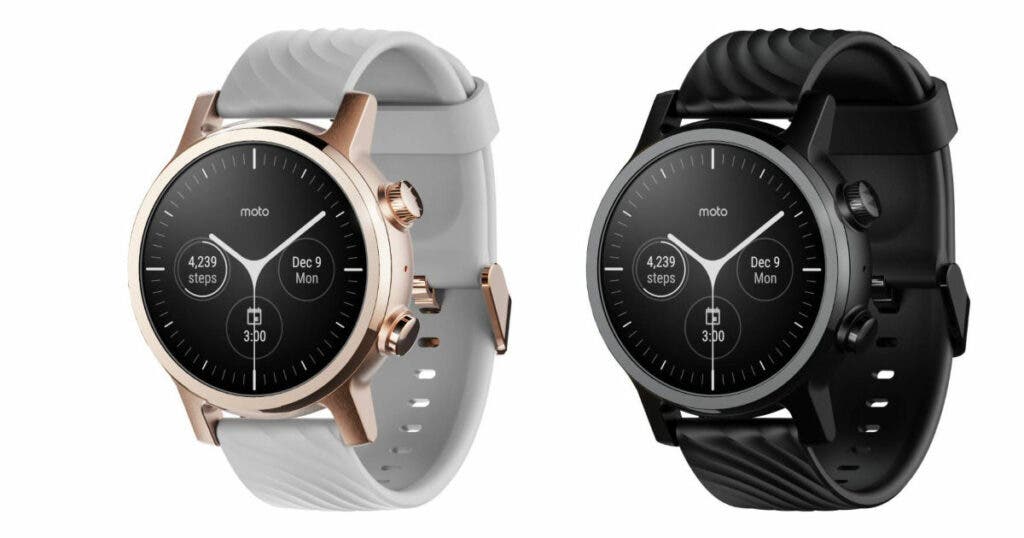 The wearable will also offer 30m water resistance which probably makes it suitable for tracking swimming activities. In terms of software, Motorola will stick with its partnership with Google offering the new refreshed WearOS. Users will be able to pair the smartwatch with any smartphone running Android 6.0 or later, except for Android Go devices. iPhone users will need to have iOS 12.0 or higher. The connectivity features include Bluetooth 4.2, Wi-Fi b/g/n, NFC, GPS, GLONASS, Beidou, Galileo. It weighs just 52 grams and is 11.68mm thick.

The Moto G360 (3rd gen) will obviously reach the Indian market through the e-commerce platform. The smartwatch will sell on Flipkart with a price tag of INR 19,999. The smartwatch comes in two colorways – Black and Grey. Unfortunately, the launch date is still a mystery, but the appearance at Flipkart suggests an imminent release.

Of course, the device will launch in global markets as well.

Next Realme sells over 1 million smartphones in a single month