Earlier today, Redmi has announced the launch date of the Redmi Note 10 series devices in China. After a couple of months, the devices that reached Global markets and India are finally about to enter their homeland. On May 26, the company will introduce the Redmi Note 10 series in China. But the question is whether the devices will be identical to their global counterparts or is Redmi preparing a surprise? Apparently, there will be a new smartphone coming to China with Redmi Note 10 Ultra moniker. Yes, after launching an Ultra variant for its Mi and Redmi K series, Xiaomi is bringing it to the Redmi Note lineup. Today a leaked image emerged along with some specifications for the new handset.

The leaked image reveals that the Redmi Note 10 Ultra will feature a 6.53-inch AMOLED display. This isn’t as big as the other devices in the Redmi Note 10 family. So far, the bigger ones have up to a 6.67-inch diagonal. However, that’s still big and matches current standards. Unfortunately, there is no info on the specs of this display but we assume it has an FHD+ (2,400 x 1,080 pixels) of resolution and a 120Hz refresh rate.

Under the hood, the new smartphone will ditch the Snapdragon 732G available in the most advanced Redmi Note 10 Pro in favor of a MediaTek Dimensity 1100 SoC. This chipset is some miles beyond the SD732G. It comes with four Cortex-A78 cores clocked at up to 2.6GHz and is based on a 6nm process. Besides the chipset, the new smartphone will come in variants with 6GB of RAM + 128GB storage, 8GB RAM + 128GB storage, and 8GB RAM + 256GB storage configurations. The smartphone will cost around RMB 1,799 which is roughly $280. In case you’re unaware, the Dimensity 1100 will also make the Redmi Note 10 Ultra the second smartphone in the Note 10 series to sport 5G connectivity. 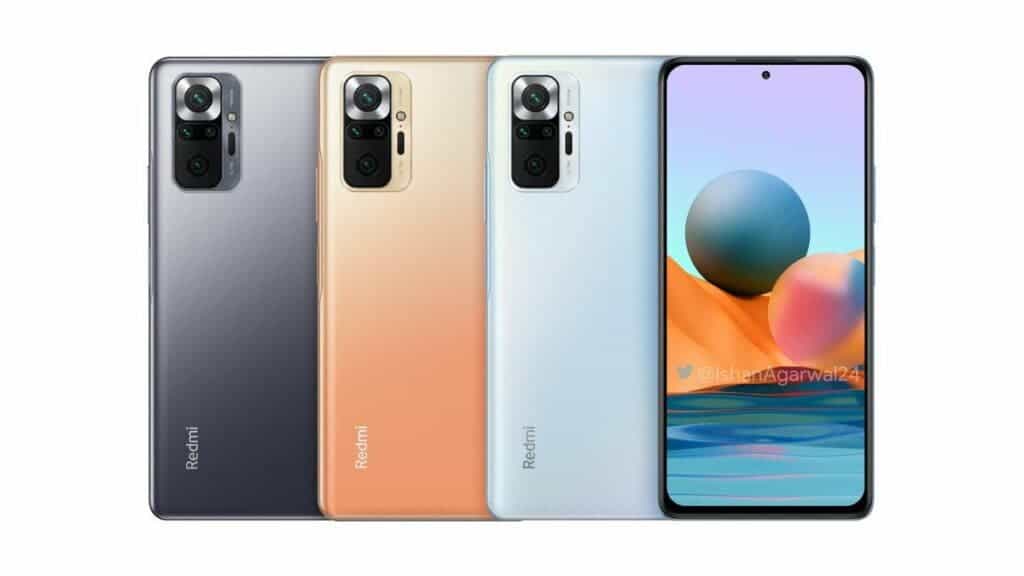 The handset will honor its siblings with a 5,000mAh battery complete with 33W fast-charging. The device will come with a teal colorway is a recent teaser from Xiaomi is suggesting. It is also expected to pack a triple-camera setup and this is less than what the other Note 10 smartphones are offering. However, if Xiaomi manages to deliver three useful sensors we can’t complain about the amount.

The POCO M3 Pro 5G that went global yesterday will reach China as a vanilla Redmi Note 10. The Redmi Note 10 Pro may sport an unannounced Dimensity 900 SoC. This will make the Redmi Note 10 series in China completely different from the lineup that reached global markets.
Source/VIA :
MySmartPrice

Next MWC 2021 Barcelona Physical Conference will still happen in June