Yesterday’s newly released POCO M3 Pro is a sales hit right at a first glance, because it has such fantastic price / performance ratio. Fans are already thrilled for a good reason and they even don’t have to wait until the phone is available in their market. With the world premiere sales from the official POCO Store on Aliexpress you have the chance to get the phone right away and for very interesting prices. After all, world premiere calls for some serious discounts and coupons, don’t you think ?

POCO M3 Pro is well worth it with the improved 6.5-inch IPS FHD+ DotDisplay and 90 Hz refresh rate with DynamicSwitch technology. 5G network support is guarenteed thanks to the new Dimensity 700 5G chipset and it’s one of the most affordable 5G phones available. Triple rear camera with main 48MP sensor is rock solid and even has some advanced features like Time Lapse andd such. Endurance is also not a problem with 5000 mAh battery with 18W charging and as a bonus you are getting 22.5W charger in the package. The phone also features some fan favourite stuff like NFC, 3.5mm audio jack or dual hybrid SIM slot. 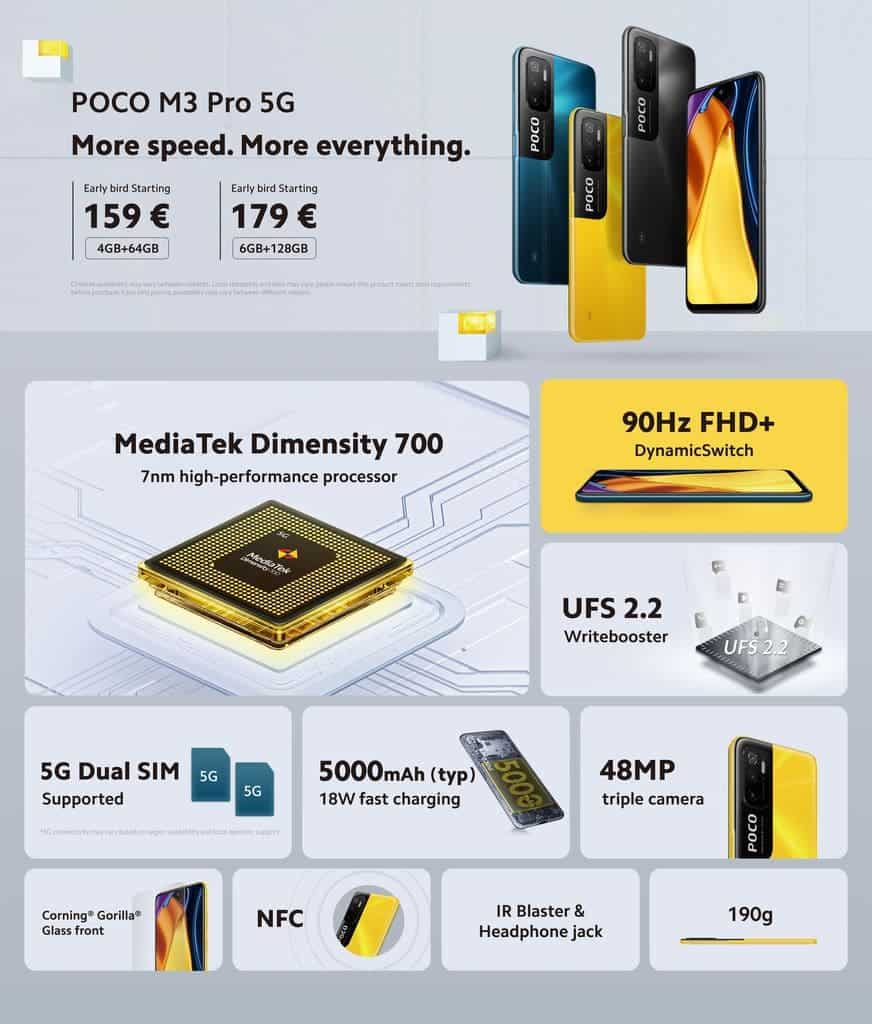 You can choose from black, blue or yellow color variant and the POCO M3 Pro is really a favourite to dominate the midrange category. It’s a significant improvement over the basic M3 model and it’s even lighter with 190g. Global fans will be able to get the phone with the 10M3PRO discount coupon just for $159 with the 4GB+64GB version and for $179 with the 6GB+128GB version. The promo will last for 48 hours starting at 00:00 PST May 20th (so from the very moment of the publication of this article) and the coupons are a bit limited so waste no time.

And even better ones for brazilian or russian ones

Brazilian users will have it even cheaper, because their version of the Aliexpress store and the bonus coupon plus code 10M3PRO will slash the price to just $145/$165 respectively. Their promo will last only for 24 hours though. Russian users will also have it for 24 hours and cheaper, but the coupon is different with POCOTREND and the prices are $154/$174 respectively.

Previous Huawei developed and patented a flexible screen for gaming