Chinese manufacturing giant, Huawei, is currently working on its latest smartwatch, Huawei Watch 3. According to a Weibo leakster, @鹏鹏君车, Huawei has a product codenamed “Galileo” that is ready for launch. Galileo is a famous historical mathematician, physicist, and astronomer born in Pisa on the west coast of Italy. He proposed the laws of free fall, the law of inertia, and other classical mechanics principles. 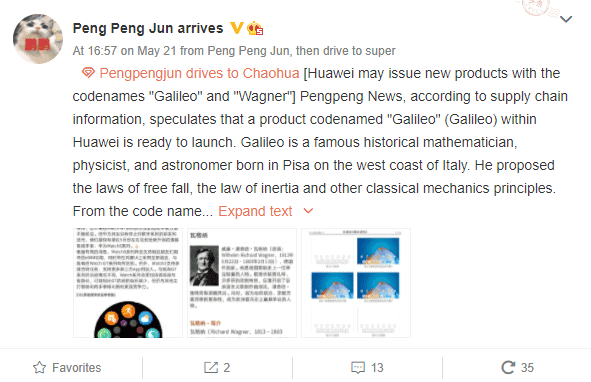 According to the report, from the codename, this device may be the Huawei Watch 3 series. The scientific advancement of “Galileo” Huawei’s confidence in the interconnection and smart functions of the product. Furthermore, there are reports that the Huawei Watch 3 series will fully integrate HarmonyOS. This smartwatch will support independent calls, sending and receiving WeChat messages, third-party apps, and a series of new features. According to reports, many of the features that will come with the Watch 3 series are new. 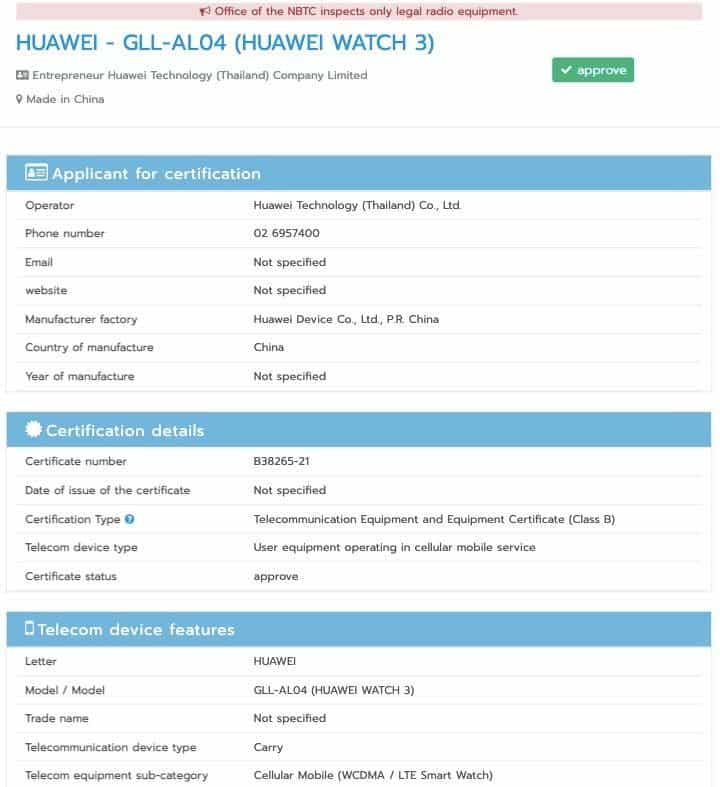 In addition, a Huawei product codenamed “Wagner” is also in development. Public information shows that Wagner is a well-known German composer. He represents the highest level of German romantic opera in the 19th century. This implies that Huawei’s new product may have significant upgrades and advancements in sound and picture quality.

A few days ago, the Huawei Watch 3 appeared on NBTC certification website ahead of its launch. The certification shows both the model number and moniker of this device, The model number is GLL-AL04 and the listing shows that it supports eSIM connectivity. Unfortunately, the NBTC listing does not reveal any more details about this device. Of course, the hardware information is still under wraps. Before now, this device has already cleared the EEC Russia and Indonesia Telecom certification. With these certifications rolling in, it is most likely that the launch of this device is imminent.

Furthermore, another smartwatch from Huawei, Watch 3 Pro also appeared on NBTC website. This device visited this website a day after the vanilla model. This Huawei flagship smartwatch comes with the model number GLL-AL01. Huawei will probably release both the Watch 3 and Watch 3 Pro later this year. As of now, there is no official information on the possible launch date for this device.
Huawei launched the Huawei smartwatch HUAWEI WATCH at the 2015 Mate8 conference. Subsequently, the company unveiled the HUAWEI WATCH 2 (and 2018 models) in 2017 and then launched a number of GT series smartwatches. We have also seen children’s watches and a couple of Fit watches. However, there is no official report regarding the Huawei Watch 3.
Featured Image: Huawei Watch GT2 Pro Porsche Design
Source/VIA :
In Chinese