Apple recently began selling the white Sony PS5 DualSense wireless game controllers through its online store. The pricing is consistent with Sony’s official price at $69.95. For users who place their orders today, Apple will deliver the product next week. Apple released iOS 14.5, iPadOS 14.5, tvOS 14.5, and macOS 11.3 system software updates to increase support for PS5 and Xbox Series X game controllers on iPhone, iPad, Apple TV, and Mac, respectively. These controllers can be used in any game that supports controllers, including games on Apple Arcade or games streamed through the PS Remote Play app. 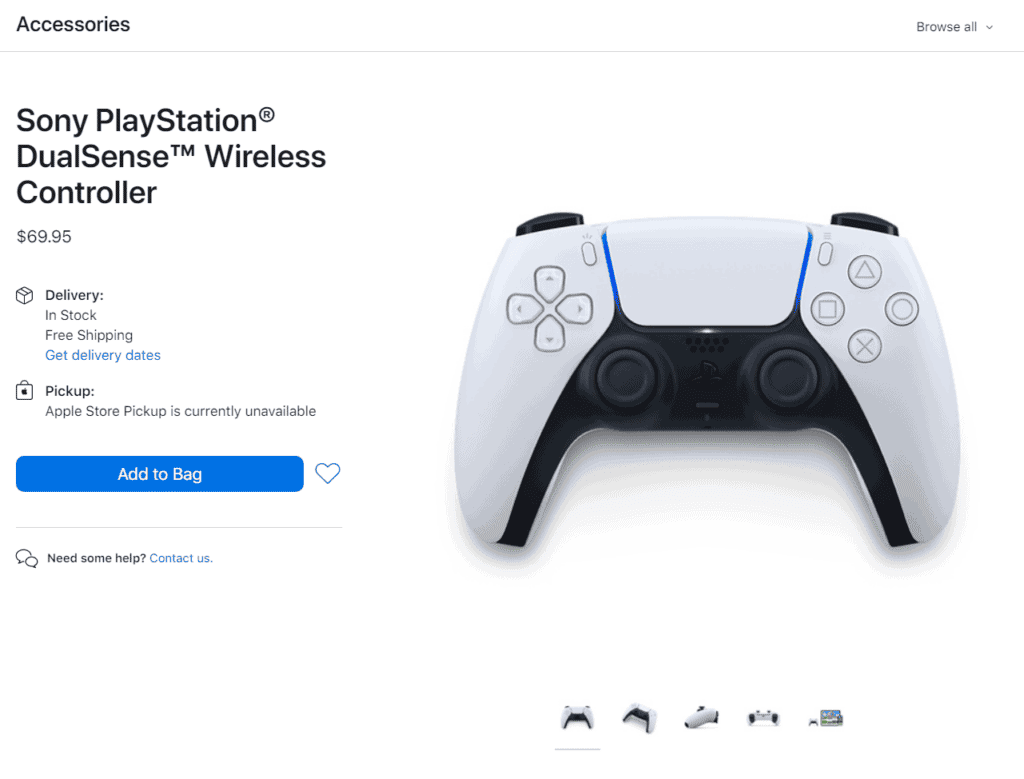 Sony recently announced that it will provide new cosmic red and midnight black color options for the PS5 DualSense controller. However, Apple’s official website does not currently have these colour options. Furthermore, Apple is still selling other “Made for iPhone” game controllers, such as SteelSeries Nimbus+. 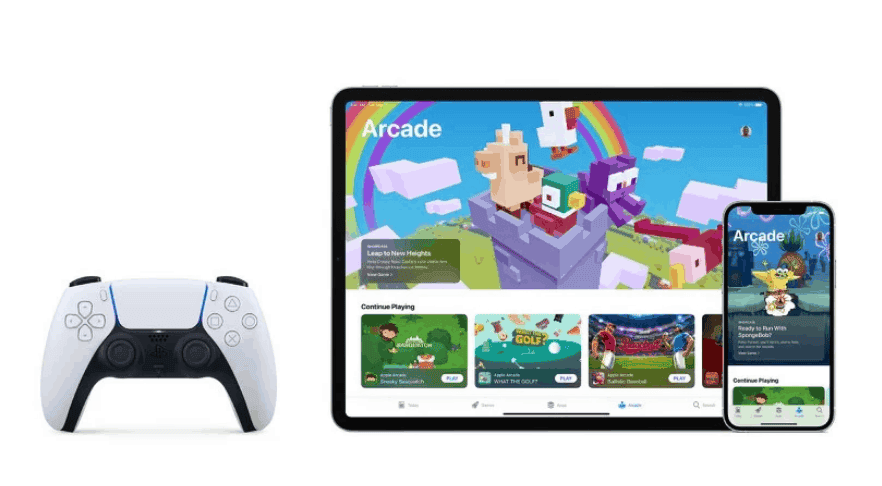 The Sony PS5 DualSense controller is not very different from other PlayStation controllers in terms of design. This device comes with a two-tone (white and black) colour scheme and it is slightly heavier than the DualShock controller. The grips use a curved design that allows them to fit into the palms easily.

The Sony PS5 DualSense Controller also comes with haptic feedback and adaptive triggers. The former gives the controller a highly sensitive vibration while the latter does something similar. The adaptive triggers use motors and magnets in the device to provide a feedback mechanism.

Looking at the buttons and joysticks of this device, they are quite cool. The touch response is cool and the D-Pad has no issues either. According to Sony, the battery life of the PS5 DualSense controller is not different from the PS4 DualShock controller. The reviews so far show that the company said nothing but the truth.

With the Sony PlayStation 5 DualSense Controller now on Apple’s official website, will it be more convenient for you to make a purchase? Let us know your thoughts in the comment section below

Sony PS5 sale is quite stable – just over 17 million units