Yesterday, Redmi officially announced that the Redmi Note 10 series will be released live at 14:00 on May 26. According to the company, the Redmi Note 10 will arrive with a flagship core to create a perfect tenth-generation King Kong. The company said…“Under the background of global core shortage, the tenth generation of King Kong insists on the popularization of high-end products”. Furthermore, Xiaomi’s CEO, Lei Jun also revealed that since the release of the Redmi Note 9 series, its global sales exceed 45.2 million units. 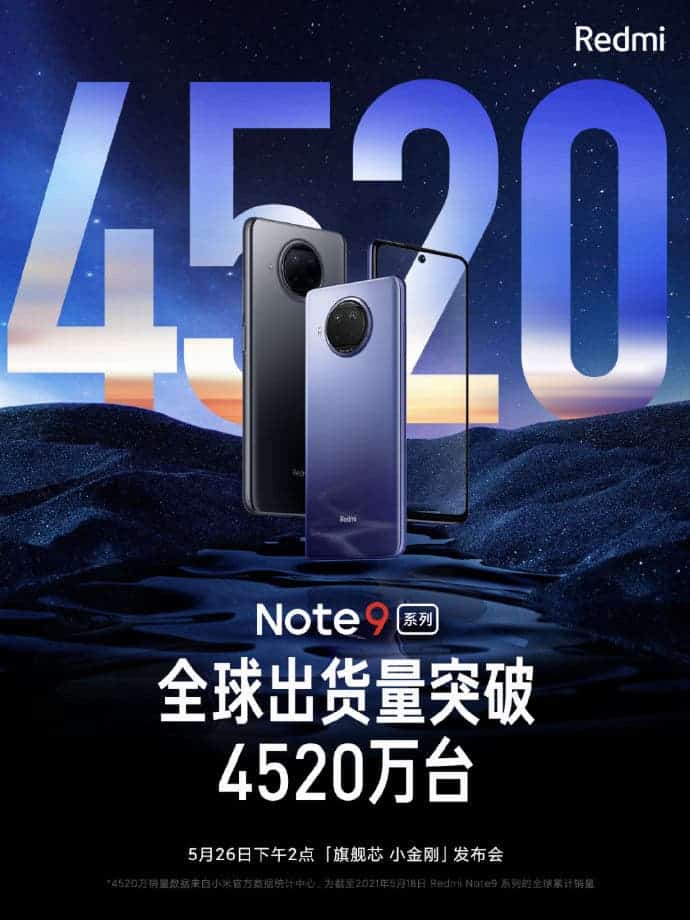 He thanks all users around the world for their recognition and trust in “King Kong”. He added, “On May 26th, we will launch the new Note 10 with real core, responding to the love and expectation of millions of Mi Fans”.

These are the three devices that constitute the Redmi Note 9 series. According to Xiaomi, the Redmi Note series sales currently exceed 200 million units.

The speculations so far show that the Redmi Note 10 will use a 6.42-inch AMOLED screen. This smartphone will come with a front thin punch-hole camera. Overall, the rear of this smartphone looks very similar to the Redmi K40 series. 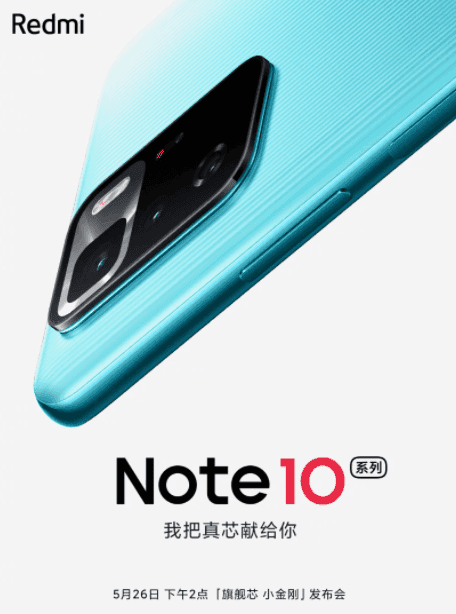 Under the hood, this device will use a 5050 mAh battery that supports a 33W fast charge. It should be able to get a full charge in less than 60 minutes. There are also reports that the Redmi Note 10 will use a 3.5 mm headphone jack. Presently, not many smartphones see the need to retain this feature. Obviously, it will be a plus for the Redmi Note 10 series.

In terms of memory and storage, the minimum configuration will be 4GB + 128GB. There are also speculations that the Note 10 will have a 5-megapixel super macro lens. The presence of this lens will double its magnification relative to its predecessor.

Previous Realme sells over 1 million smartphones in a single month