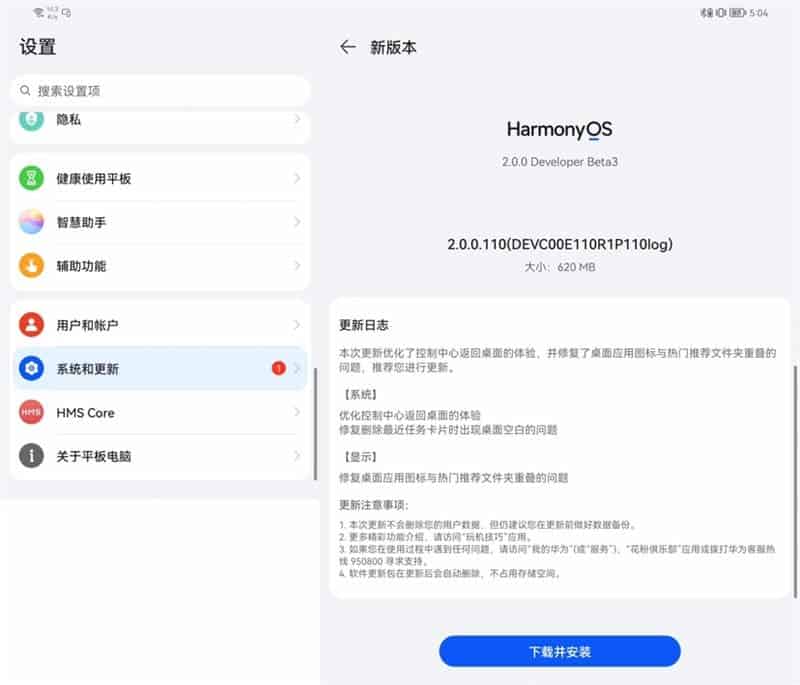 Specifically, it makes returning to the desktop from the control center easier. This update also fixes a problem that allows desktop application icons to overlap with popular folders.

HarmonyOS is a system that is designed for the IoT era. It creatively introduces distributed technology to build a “super virtual terminal” that links all sorts of terminals together.

Huawei’s plan for its HarmonyOS is to cross “16% market share” as soon as possible. There are many aspects to consider when looking at the growth of an operating system. The system performance and market share are core factors that determine the survival of any operating system. According to Huawei, the development of HarmonyOS has been on for about 5 – 7 years. Yang Haisong, vice president of Huawei’s consumer business and AI business department, said in an interview: “It will take one year to complete the road that others have taken in five years”. There are reports that other smartphone manufacturers are gearing up to use Huawei’s HarmonyOS. Whether or not the HarmonyOS will succeed remains to be seen. Nevertheless, it will be a good thing to have another player in the operating system market.

Next OnePlus 9R is receiving OxygenOS 11.2.1.2 with improvements and May security patch