According to new reports, Huawei will sell cars in its experience store for the first time. However, which car will Huawei be selling? This car will not be from any popular brand you know. Huawei will be selling the Cyrus SF5, a Chinese smart car from Chongqing Xiaokang. The company (Chongqing Xiaokang) initially made a fortune with motorcycle shock absorbers. Subsequently, it cooperated with another manufacturer to manufacture and sell motorcycles. Now, it is in the smart car business. 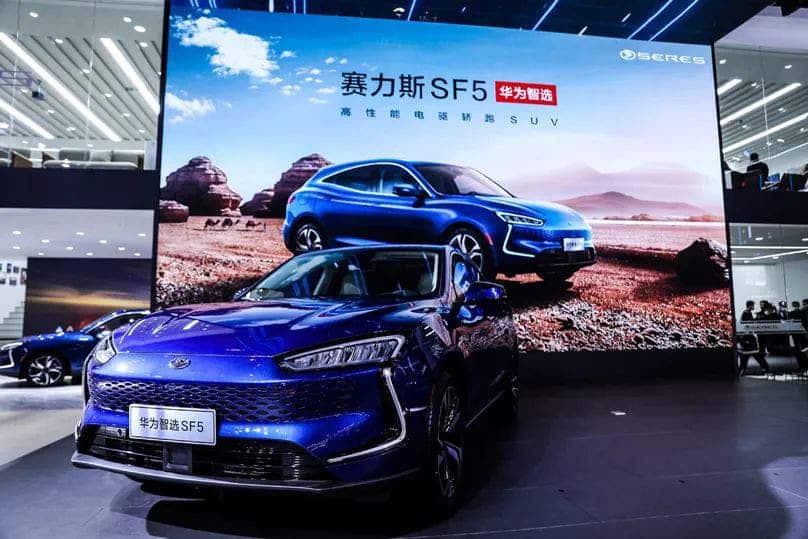 Speaking of Cyrus, this car brand is indeed unknown in the Chinese automotive industry. This is because the parent company only has certain promotional resources in the Midwest. Presently, this brand is not attracting much attention. However, with Huawei in the mix now, will things change?

Oh yes, things is changing for the company presently. Huawei is practically transforming the Cryus brand from a car brand that no one cares about to a “sweet” brand overnight. Within one week in the Huawei Mall, the orders for the Cyrus SF5 exceeds 6,000. This is how much influence Huawei has in the Chinese market. This value is about six times its entire order for 2020.

From reports, Huawei and Cyrus actually started cooperation as early as 2019. Both companies have cooperated on a number of key components, such as motors, MCUs, Hicar, smart cockpits, etc. These are basically the main parts of a new electric smart car.

Why did Huawei choose Cyrus?

Many people are puzzled, why did Huawei choose Cyrus as its first comprehensive partner? Whether it is BAIC, SAIC or other brands, it is obvious that Huawei’s olive branch is willing to contact. Whether it is production capacity or technology, it is obviously better to compete.

Although Cyrus is not well-known, it is the eighth company in the country that has obtained the qualification for the production of new electric vehicles issued by the National Development and Reform Commission. At least it has a good accumulation of technology and qualifications, and has a complete set of automobile production lines.

For Huawei, it does not just want to be a car component supplier. The company also aims to have a greater say in the design and development of the entire vehicle. If it chooses other big brands like SAIC, this will be hard to achieve.

Thus, Huawei need a small car company such as Cyrus that is easy to control. With Cyrus, it can easily launch cars that meets its specification all way round. However, the company also need large car companies such as SAIC and BYD to expand its car system coverage.