A couple of months ago, iQOO announced its iQOO Neo 5 as a more affordable gaming-centric smartphone. Now, the company is ready to bring a brand new variant dubbed iQOO Neo 5 Vitality Edition. The new handset will go official on May 24th, but we already know most of its specifications thanks to the leaks. Now, the device has been listed on JD.com revealing the design, and key specifications of the device. The upcoming iQOO Neo 5 Vitality Edition will run with the Qualcomm Snapdragon 870 SoC. For those unaware, this is a Snapdragon 865 on steroids which delivers excellent performance while being cheaper than the Snapdragon 888. Furthermore, the device will come with a triple-camera setup and a side-mounted fingerprint scanner. Without further ado, let’s check the images and key specs revealed by the Chinese retailer.

Looking at the images, we can confirm that the iQOO Neo 5 Vitality Edition will come with a full-screen display with a punch-hole on the top right corner of the display. Moving around to the back, the device has a triple-rear camera setup with an LED flash. The setup will be housed inside a rectangular camera module on the top left corner of the back panel. The device will also feature a side-mounted fingerprint scanner which suggests the presence of an LCD screen rather than an AMOLED one. The panel is said to come with a 6.57-inch diagonal and FHD+ resolution (2,400 x 1,080 pixels). It will have a whopping 144Hz refresh rate. 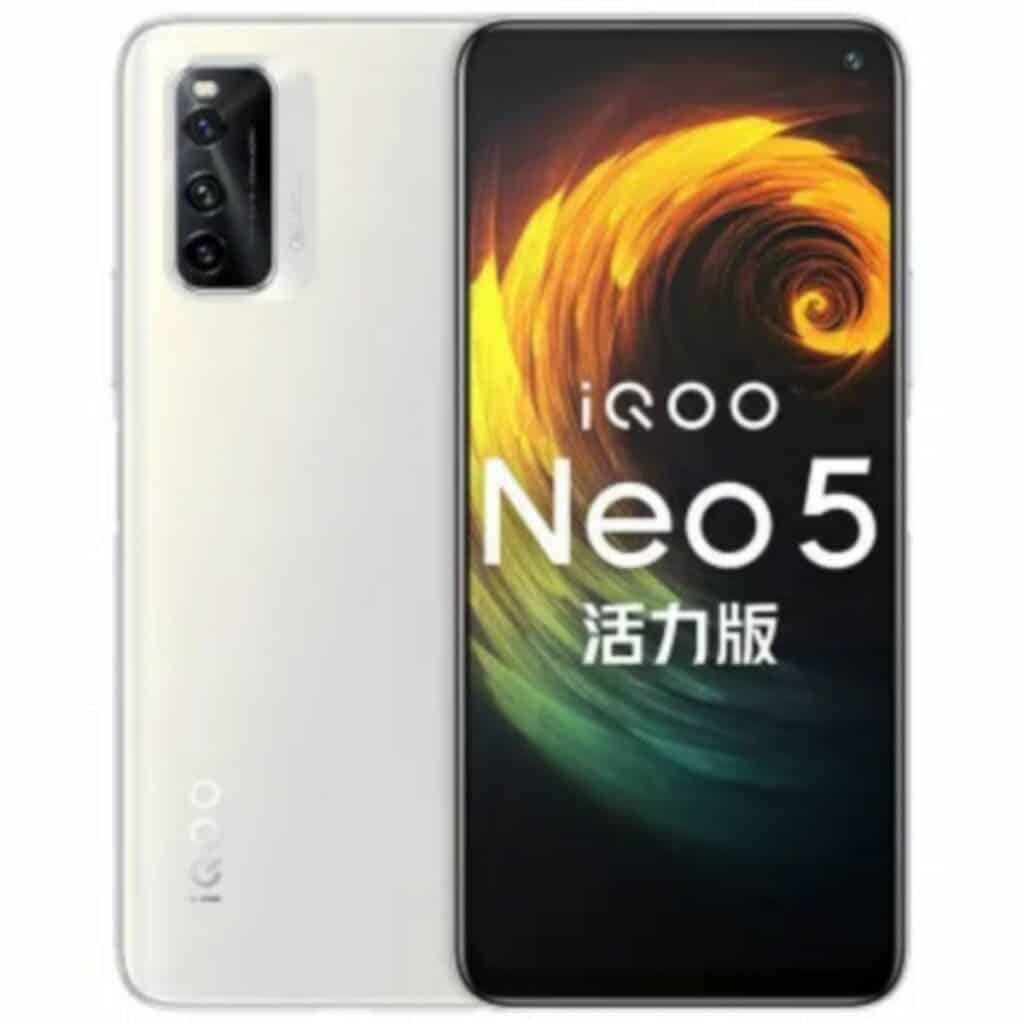 Under the hood, the new gaming device will run with Qualcomm Snapdragon 870 SoC built on a 7nm+ fabrication process. The device will be paired with LPDDR5 RAM and UFS 2.1 storage. We can assume that it will have up to 12GB of RAM and 256GB of Internal Storage. As usual, iQOO is likely bringing its virtual RAM engine in the Android 11-based OriginOS. It will allow users to expand the RAM amount by at least 3GB when necessary. This virtual RAM takes a portion of your internal storage.

In terms of optics, the triple rear camera setup is led by a 48MP sensor. It comes alongside an 8MP and a 2MP shooter. We assume that the first one is for ultra-wide-angle shots, while the sensor can be either for macro/depth. For selfies, we have a 16MP punch-hole camera. The new handset will draw powers from a 4,500mAh battery with 44W fast charging. The new device will weigh under 200 grams.

Previous OnePlus 9R is receiving OxygenOS 11.2.1.2 with improvements and May security patch