Google is gearing up to launch its Pixel 6 series smartphones later this year. The sixth-generation will be quite important since the devices are set to debut Google’s new hardware. Moreover, Google will bring back the Pro variant that has been absent since the Pixel 4 generation. A couple of leaked renders revealed that the company is preparing a major design overhaul in the Pixel lineup. The Pixel 1, 2, and 3 were quite similar in terms of design. Google changed the formula with the Pixel 4 and stuck with it with the Pixel 5. Now, the company is preparing another refreshment that fortunately brings a lot of Pixel DNA of betting on unconventional designs. Now, a new report has emerged about the Pixel 6 Pro and the upcoming Google Silicon that the search giant is preparing.

Google clearly isn’t aiming at the Snapdragon 888 level of performance, however, the new chip will certainly be in the flagship ground. The company’s last flagship was the Pixel 3 Pro. The new chip will focus on Machine Learning and Artificial Intelligence and will count with a Mali GPU under the hood. Unfortunately, we don’t know exactly which version is inside it. 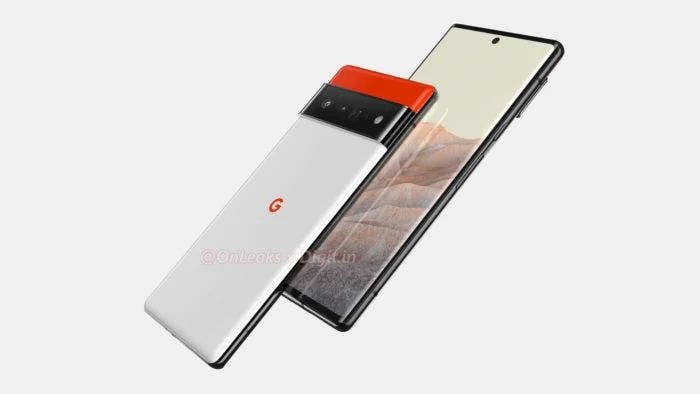 According to Max Weinbach, the new smartphone will be a premium device hitting the $1,000 price tag. It will come with a QHD+ display with a 120Hz refresh rate. As per OnLeaks renders the device will have a 6.67-inch panel with a center-aligned punch-hole. The vanilla Pixel 6 will have an FHD+ display with a 120Hz refresh rate. Fortunately, Google is finally giving juice to its smartphone and the leaks suggest a huge 5,000mAh battery inside.

In terms of optics, the phone is rumored to come with a large 50MP Sony Sensor, an 8MP periscope camera with 5x zoom, and an ultrawide snapper. The camera setup will also offer a color correction feature.

Google will release both the Pixel 6 and Pixel 6 Pro in October. However, the launch may happen in November due to the chip shortage. It may come in multiple colorways and a mint Green color is included.

Previous Cracking down on false information is Google’s core mission