Fuchsia OS is a long-term construction, which has been talked about for a long time; but what kind of operating system it is, we do not know much. Today Google has finally rolled out a stable version of the Fuchsia operating system and the company has taken a step towards making it appear on commercial devices.

Interestingly, Google didn’t organize any pompous event, but quietly released Fuchsia to the public. The first version of the OS will be available for the smart display Nest Hub, which is a smart speaker. The rollout will take several months and will be rolled out to previewers initially, and will roll out to other devices in the coming months. Note that users will not notice much difference between Cast OS and Fuchsia, the interface is very similar. 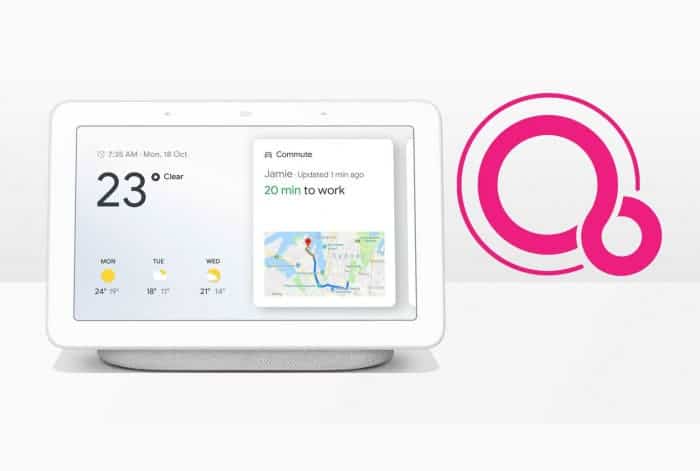 Despite the fact that Google has given the go-ahead for the arrival of the new operating system on commercial devices, it is deploying the OS with great care and there is no understanding of what Fuchsia is. There is no understanding what the company has gained by abandoning Linux in favor of the Zircon microkernel, which devices will be transferred to work with it.

Most likely, in its current state, Fuchsia is only a platform for testing some functions and capabilities; and it is also interesting for developers. Will Google ditch Android in favor of Fuchsia? It is impossible to answer this question now. It is unlikely that the migration of devices to a new operating system will happen quickly and will cover a large number of gadgets. Android is popular, famous and dominates the market. To ditch it would be upward recklessness. Most likely, the two systems will exist in parallel and Fuchsia will be distributed slowly.

The Fuchsia OS rollout is reportedly starting today and will only be available to pre-test participants at this stage. Later, Google’s new software platform will be available to more Nest Hub devices. The entire upgrade process will take several months. It is worth noting that the compatibility of the Google smart speaker with the new OS became known at the beginning of this month. Information that the Nest Hub can run Fuchsia OS 1.0 has been available on the Bluetooth SIG website.