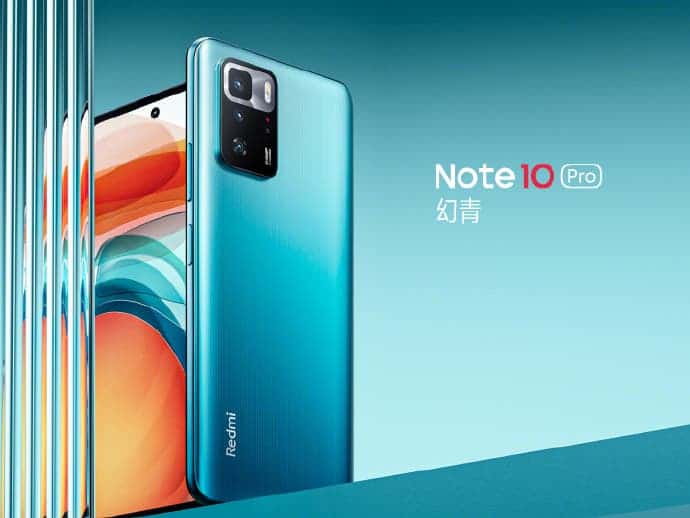 The Redmi Note 10 Pro uses a flagship design, weighs 193g, and its only 8.3 mm thin. This device is quite light for a smartphone with a huge 5000 mAh battery. According to Redmi, this device will be available in three colours including “Phantom blue”, “moon” and “star sand”. The Redmi Note 10 Pro comes with the Dimensity 1100 SoC. This is also the first Redmi series to come with VC liquid cooling. 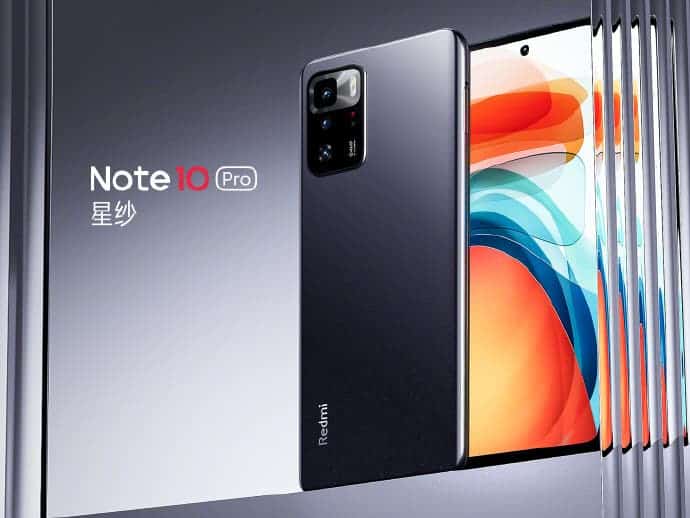 The Redmi Note 10 Pro has a huge 5000 mAh fast charging that supports 67W flagship flash charging. This device uses a dual charging chip with a dual wing layout. This design ensures that it has smart switching and a full charge can be achieved in 42 minutes. The device is also Redmi’s first smartphone with Android’s battery health management system. This system helps users to understand the status of the battery according to its level. Furthermore, there is also a standard 67W charger in the box with a smart adaptable current and temperature control.

This smartphone uses a 6.6-inch LCD 120Hz screen with a resolution of 2400 x 1080. It also supports 30/48/50/60/90/120Hz six-speed variable speed. The device automatically adjusts the refresh rate according to different usage conditions. This effectively saves the battery of this device. Furthermore, this device comes with the Corning Gorilla Victus protective glass. This Gorilla Glass has 1.5x the drop resistance and 2x the scratch resistance performance of GG6 glass.

In the camera department, this device comes with a 16MP selfie camera as well as a triple rear camera setup. The main sensor is a 64MP camera and it also has an 8MP ultra-wide-angle and a 2MP macro lens. In other respects, Redmi Note 10 Pro also supports JBL dual speakers, NFC 3.0, X-axis linear motor, and other functions.

In terms of price, Redmi Note 10 Pro has three versions. All the models will officially hit the shelves from June 1.