Microsoft has begun distributing the optional cumulative update KB5003214, which is not related to security fixes. This package activates the News and Interests widget on the taskbar, and also introduces a number of fixes aimed at improving the stability of the software platform. Users of Windows 10 versions 21H1, 20H2 and 2004 can download it.

On compatible devices, users can get KB5003214 through Windows Update. If necessary, you can use the offline installers that Microsoft has published in the official update catalog. Since the update is optional, it will not be downloaded and installed automatically, but the fixes it contains will be part of the next cumulative update coming in June as part of the Patch Tuesday program.

As for the innovations, the most noticeable is the appearance of the News and Interests widget on the taskbar. All you need to do is hover the mouse cursor over the corresponding icon in the taskbar to expand the widget, the content for which comes from Bing and MSN services. If necessary, users can hide the widget by right-clicking on it and selecting the appropriate item in the context menu. 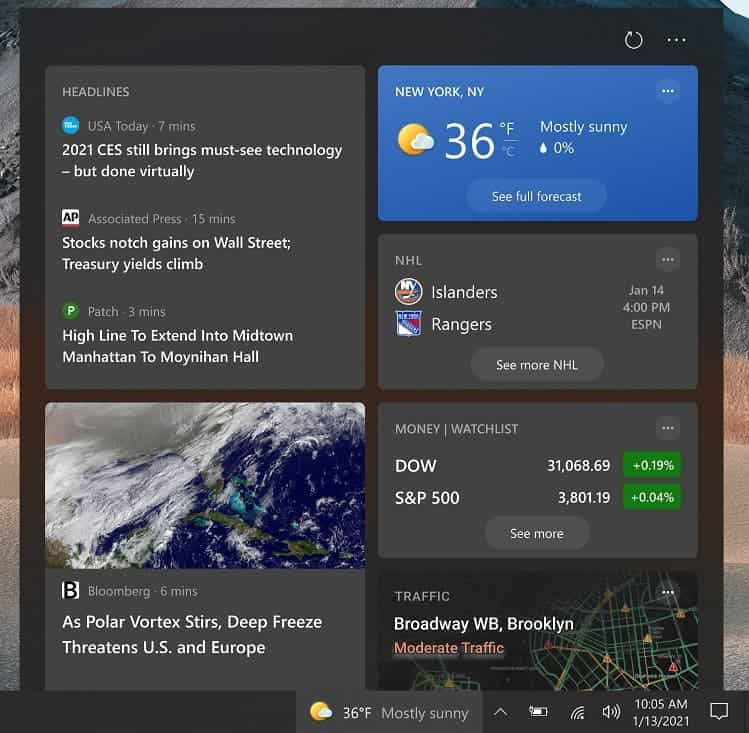 As part of the Microsoft Build 2021 conference, the software giant did not make any high-profile announcements regarding Windows 10. This is due to the fact that a separate event will take place to the operating system; which will to take place in the next few weeks. However, it was officially announced that full support for Linux GUI applications in Windows 10 will be available to all users later this year.

A preview of GUI support for Linux is available through the Windows Subsystem for Linux. It was available to Insiders last month. Due to it, users can run their preferred tools, utilities and applications for Linux directly in Windows 10. Support for launching applications with a graphical interface will make everyday interaction with different software products more comfortable; since users will not need to configure a virtual machine to interact with Linux applications.

While it was said during the announcement that support for Linux GUI applications has become generally available; this is actually not the case. Currently, it is only present in test builds of Windows 10; which are in use by members of the Insider Program. According to reports, ordinary Windows 10 users will be able to run Linux applications with a graphical interface only after installing the next functional update of the software platform, which is due to launch this fall.