The social network Facebook has moved to the next stage in the fight against misinformation on the platform. Now visitors to pages that supposedly regularly distribute “fake” news are warned.

If the user tries to like the corresponding page, he will see a message. “This page has regularly shared false information; which is confirmed by the checks of independent fact-checkers”. After that, you can either return to the previous page, or still approve the current one. 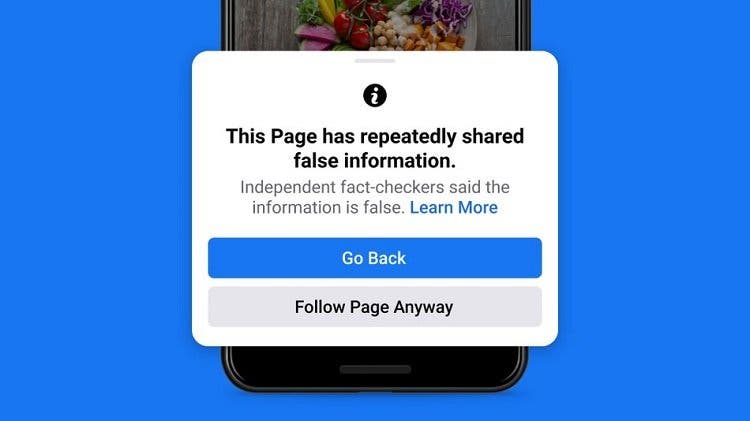 Today, we’re launching new ways to inform people if they’re interacting with content that’s been rated by a fact-checker as well as taking stronger action against people who repeatedly share misinformation on Facebook. Whether it’s false or misleading content about COVID-19 and vaccines, climate change, elections or other topics, we’re making sure fewer people see misinformation on our apps.

In addition, users will have access to the “Learn more” link, following which it will be possible to find out why the information was considered false, and another similar link leads to the Facebook page, where you can read about the social network’s fact-checking program. 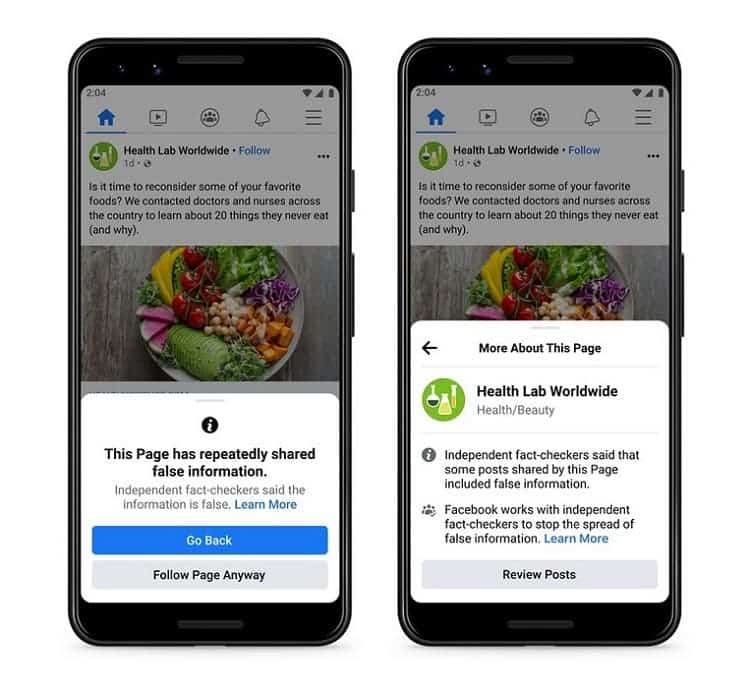 In addition, the company intends to expand the sanctions against personal pages that regularly share misinformation; other users will see them less often in the news feed.

Finally, Facebook has redesigned toast notifications that appear when users try to share content that fact-checkers have found to be false. The notification will contain information about why the post was deemed unreliable, while still being able to share it online. Users will also be informed that posts from accounts that regularly disseminate fake information will be pessimized; when displayed in other people’s news feeds. 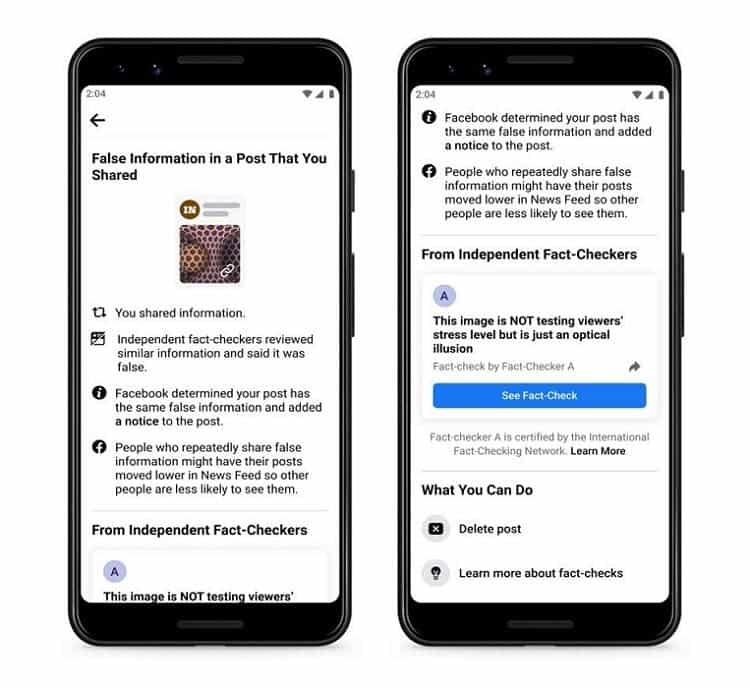 Over the past couple of years, Facebook has taken a number of measures to combat misinformation on the platform; including limiting the number of times a message is forwarded and encouraging users to read a post before sharing it. News found to be fake will receive a special flag. Despite its best efforts, the company has still not succeeded in getting the news deemed inauthentic to disappear from its platform.

We currently notify people when they share content that a fact-checker later rates; and now we’ve redesigned these notifications to make it easier to understand when this happens. The notification includes the fact-checker’s article debunking the claim; as well as a prompt to share the article with their followers. It also includes a notice that people who repeatedly share false information may have their posts moved lower in News Feed so other people are less likely to see them.