In the end of 2020, Qualcomm presented its first 5nm chipset in the form of Snapdragon 888. The chipset debuted with the Xiaomi Mi 11 and since then is arriving on many smartphones in the premium flagship segment. The Snapdragon 888 is undoubtedly the king of the Android market in terms of performance, especially when Huawei is almost out of the party. Still, Qualcomm is not satisfied and will present a new, beefed-up version dubbed Snapdragon 888 Plus, or Snapdragon 888+ if you prefer. Today, a mysterious smartphone,  appeared on GeekBench with the said chipset. 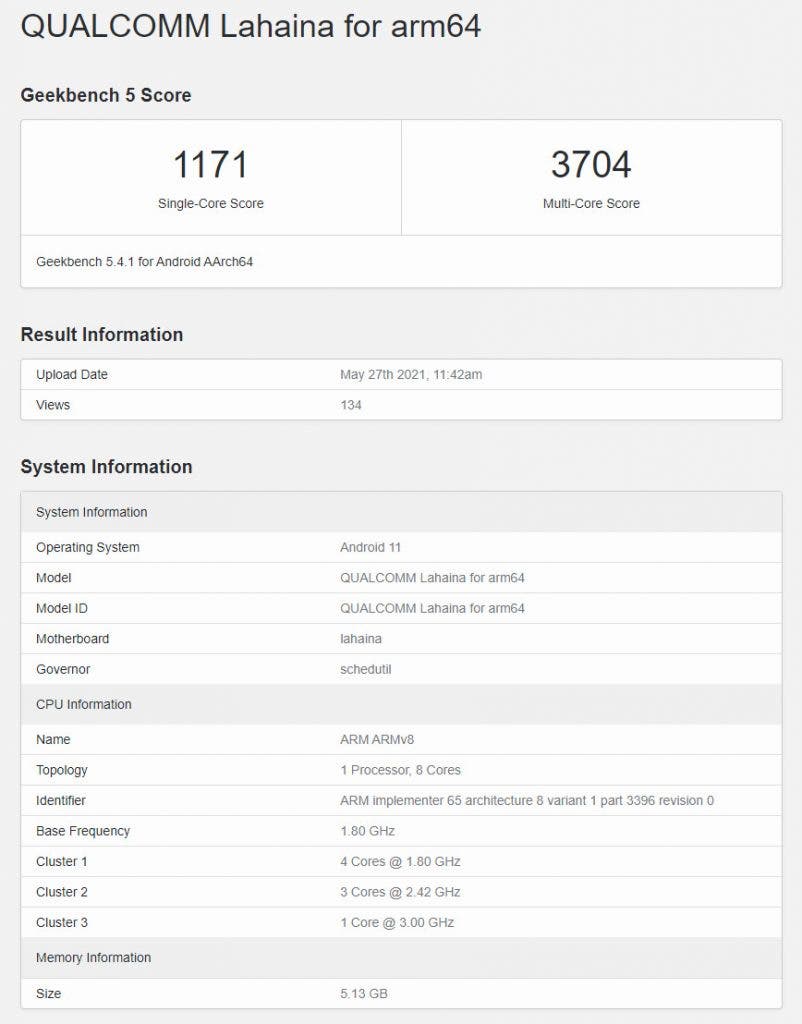 According to some users of Snapdragon 888-powered smartphones, there is a certain thermal issue with this chipset. Nothing like the Snapdragon 810, but still, something that needs to be addressed by Qualcomm or Android OEMs. The SD888+ will certainly have to address this issue, especially with the overclocked core. According to reports, the new Snapdragon 888+ will be introduced sometime in July. Availability, however, will depend on the chip shortage situation.

The OnePlus 9T may be a strong candidate, but it will only reach the market by October or November 2021. Xiaomi may use it on a future flagship, and even Vivo can bring its Vivo X70 series in Q3 or Q4 2021 and use the same chipset. Of course, we expect many leaks to pop out ahead of the Snapdragon 888+ release. So stay tuned.