2020 certainly was a difficult year for smartphone makers due to the COVID-19 pandemic that ravaged the market in the first months. However, when it comes to wearables the story was different. The segment that comprises devices such as smartwatches, smart bands, and TWS earbuds is trending with many users joining every month. Most of the smartphone makers or tech firms currently have a presence in this segment and are launching products to catch the user’s interest. Sony, as a giant in the industry of electronics, isn’t an exception. According to a new leak, Sony is preparing a new worthy contender in the premium TWS earbuds category – the Sony WF-1000XM4. It will carry many advanced features and improvements.

According to a new leak, the Sony WF-1000XM4 true wireless earbuds will feature an improved active noise cancellation (ANC) along with other notable features. Nowadays, most of the advanced earbuds have ANC and it is even reaching the budget segment with recent releases such as the Redmi AiDots 3 Pro. For that reason, it’s natural to see companies trying to improve it even more with every generation.

According to a WinFuture report, the new hearables will come with better noise cancellation. This feature was present in the previous model, so the Japanese firm is certainly adopting new technologies to improve it further. The new XM4 will improve the ANC through the company’s Sony V1 custom chip. Similarly, the leak states that the wireless earphones will support high-quality wireless audio transmitted through LDAC. They will also be certified for Hi-Res Audio. 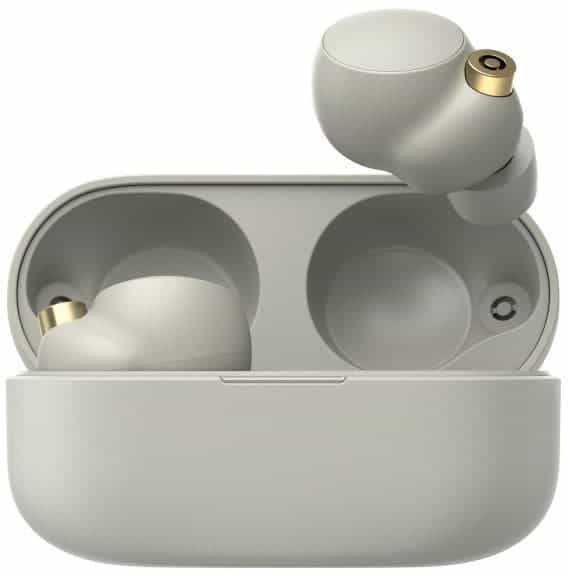 If there is a particular area where many companies try to improve every generation is the battery department. The Sony WF-1000XM4 will not be an exception. The Japanese tech giant will improve the battery life of the new models probably with a bigger capacity. According to the report, the earbuds alone will offer 8 hours of music playback with ANC on. This a 2-hour increase over the 6 hours offered with the previous model. With the charging case, these earbuds can be recharged twice, allowing for a total of 25 hours of playback. Turning ANC off will bump the battery life to 12 hours through the buds and 36 hours with the case.

Another notable upgrade is the addition of Qi wireless charging on the charging case for the earbuds. This also implies that users can charge the earbuds through reverse wireless charging. The leak further claims that the earbuds will come with a price tag of 280 Euros, which is $350. Unfortunately, this is still a report that still needs confirmation. For that reason, we suggest you digest this with a pinch of salt.