Earlier today, popular Weibo leakster, @看山的叔叔, gave us a first look at the Huawei MatePad Pro 2. However, we did not get to see the device itself, we only got to see the packaging box. The most important thing in this box is probably the HarmonyOS branding. On the leaflet that usually covers the device after opening the box, we can clearly see the phrase “Powered by HarmonyOS”. This is a confirmation that the Huawei MatePad Pro 2 will come with HarmonyOS out-of-the-box. 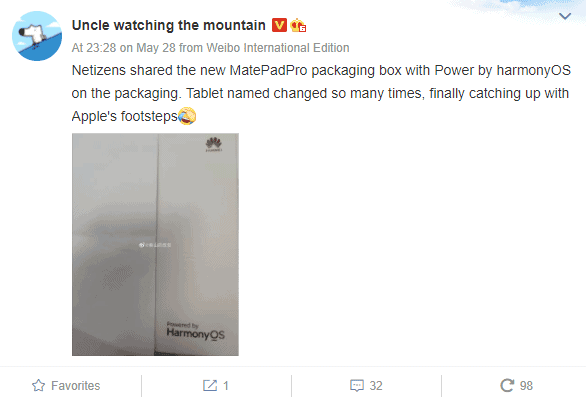 Huawei has officially announced that it will release the new flagship tablet MatePad Pro 2 on June 2. The device will with HarmonyOS as well as the new second-generation HUAWEI M-Pencil stylus. This is another upgrade for Huawei considering that the MatePad Pro arrived in 2019. In addition to HarmonyOS, the new product may have changes in appearance, keyboard, and other aspects. 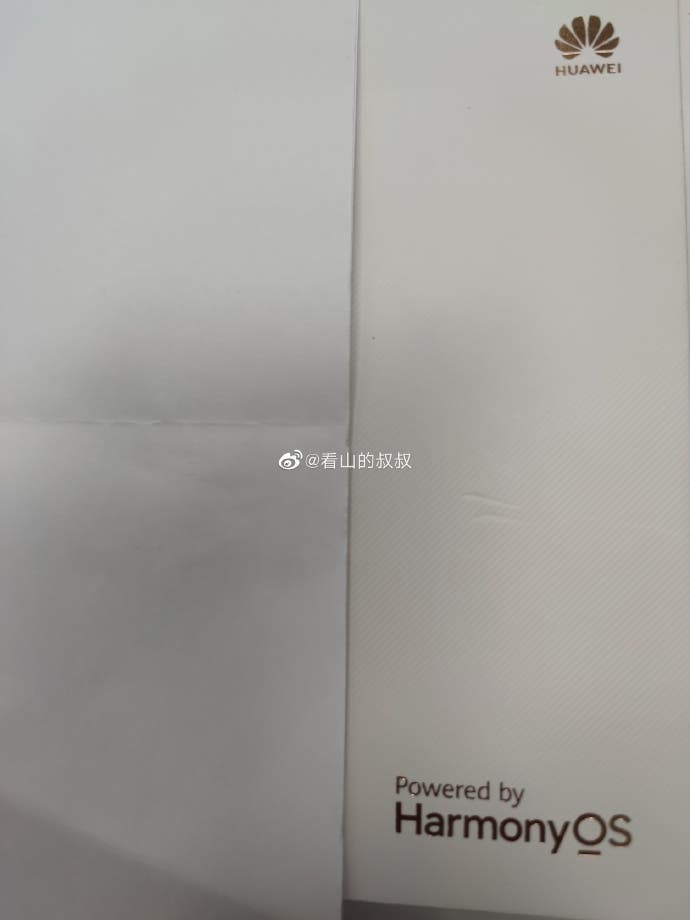 From the speculations so far, Huawei MatePad Pro 2 will have two versions. One will use a 12.2-inch Huaxing screen while the other will use a 12.6-inch Samsung screen. According to reports, both displays support high refresh rates. The new MatePad Pro will also come with Kirin 9000 series processors as well as 8GB of RAM. In addition, the listing of this device on TENAA  shows that its charger power is 40W.

Although we know the official launch date, there is no official price for this device for now. According to @看山的叔叔, this new tablet from Huawei could cost about 4999 yuan. He said that since the 8GB + 128GB prototype of this device costs 2150 yuan ($338), he believes that the retail price could be 4999 yuan ($785). Below is the official specs sheet of the 2019 Huawei MatePad Pro. We expect Huawei to significantly upgrade the MatePad Pro. 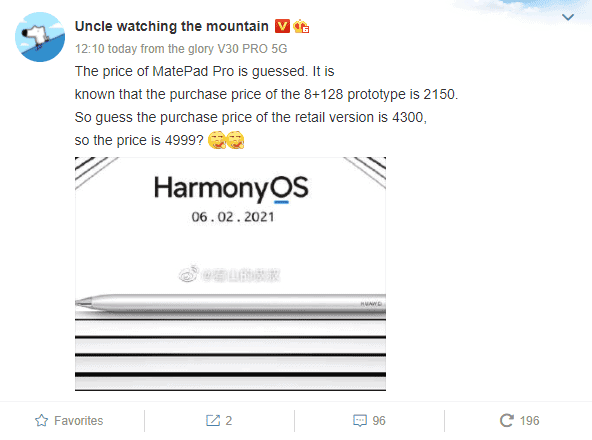