While Android comes from Google, every OEM is free to add its own set of applications and features to its devices. With that in mind, and after the fiasco of its mobile OS, Microsoft started to developed Android versions of its popular applications in a bid to cater to Android users to its apps ecosystem. The Redmond giant has Samsung as a strong partner in the Windows – Android ecosystem. The two companies have been working to develop and deploy features that make their devices work better with each other. One of such features is the Microsoft Your Phone App, which allows select Samsung Galaxy smartphones to run multiple applications simultaneously. They just need to be connected to a Windows computer. Now, more Samsung devices are joining the list.

The Multi-App multitasking feature was announced back in January this year. At that time, the feature was only available to a few select smartphones. The list includes the Galaxy Note 20 series, the Galaxy Z Fold 2, the GalaxyZ Flip / Z Flip 5G, The Galaxy S20 5G series, and the Galaxy S21 series. Now, a new report from MSPoweruser reports that Microsoft has added a few more devices to this small list.

As per the report, users will also have to need their PCs running the Windows 10 May 2020 update or later. They will also need their computer and Samsung Galaxy device connected to the same Wi-Fi network. When connected to your PC, you will be able to make and receive calls from your PC. Moreover, you’ll be able to send and receive SMS messages. However, one of the most interesting features is the possibility of mirroring your applications and access them on your PC. You can also copy and transfer files between devices, and more. 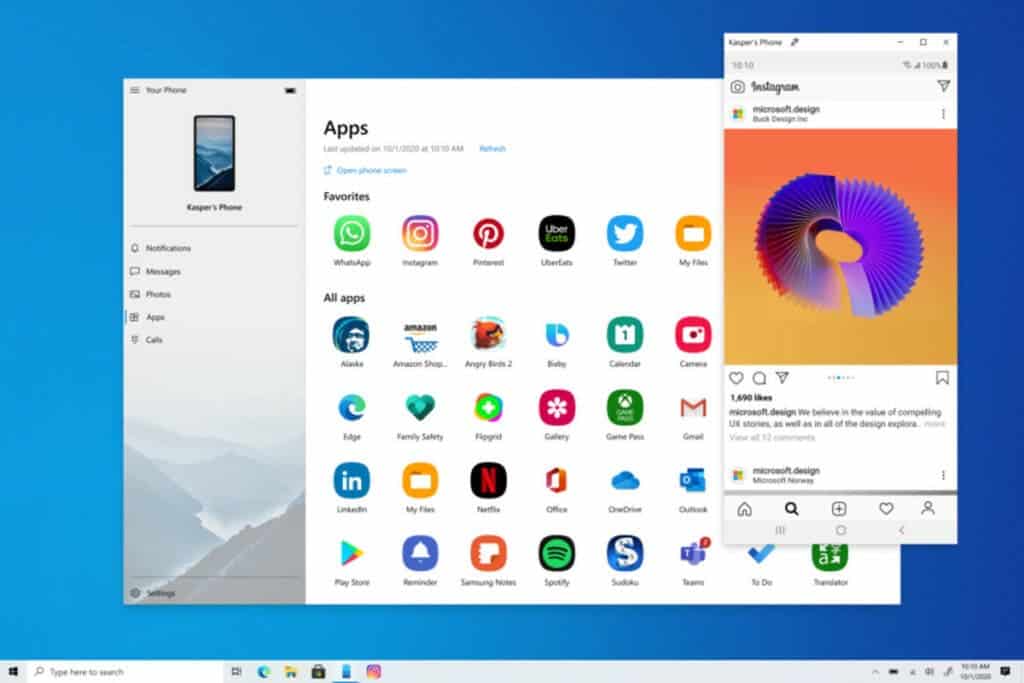 In the recent versions of Microsoft Your Phone, the streaming feature works smoother. It has allowed faster start-ups, and your smartphone can still be used for other activities even while an app is being streamed to your PC. With every new smartphone and Android update, Samsung is strengthening its relationship with Microsoft, we expect many surprises to come from the two giants in the future.