Since the end of April, we’ve been seeing rumors about the release of a new Realme X7 smartphone in India with the “Max” moniker. The launch of such a device was expected for the beginning of March, but Realme had to change its plan in light of the COVID-19 second wave in the country. The Realme X7 Max 5G was expected as a rebranded Realme GT Neo 5G. Today, after long waiting, the Realme X7 Max 5G is going official in the country and it is, in fact, the first Realme GT smartphone to escape China. The device has a MediaTek Dimensity 1200 SoC, AMOLED display, and a big battery with fast charging.

Realme’s newest smartphone packs a 6.43-inch FHD+ AMOLED display with a screen resolution of 2,400 x 1,080 pixels. The panel also offers a 120 Hz refresh rate and 360 Hz touch-sampling rate which makes it a strong contender for media and gaming. Moreover, the panel has an in-display fingerprint scanner and a hole-punch cutout for the front camera. 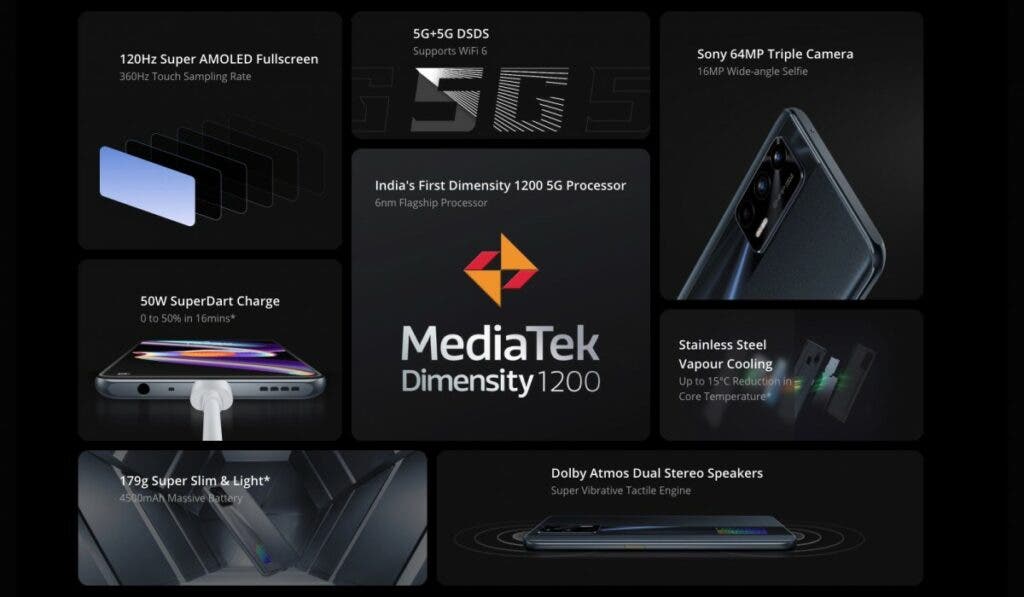 In terms of optics, the Realme X7 Max 5G offers a 64MP Sony IMX682 primary camera with an 8MP ultra-wide lens. Moreover, the handset has a 2MP macro camera sensor. Selfie lovers will capture their moments with a 16MP front-facing snapper. The handset runs Realme UI 2.0 with Android 11 straight out of the box, so you can expect all the advanced camera features that come with Realme UI 2.0.

The device draws power from a 4,500mAh battery with an excellent 50W fast-charging support. In terms of connectivity, it has up to 7 5G bands. It also includes Wi-Fi 6 support, Bluetooth 5.1, GLONASS, etc. The device weighs 179 grams and is 8.3mm thick. 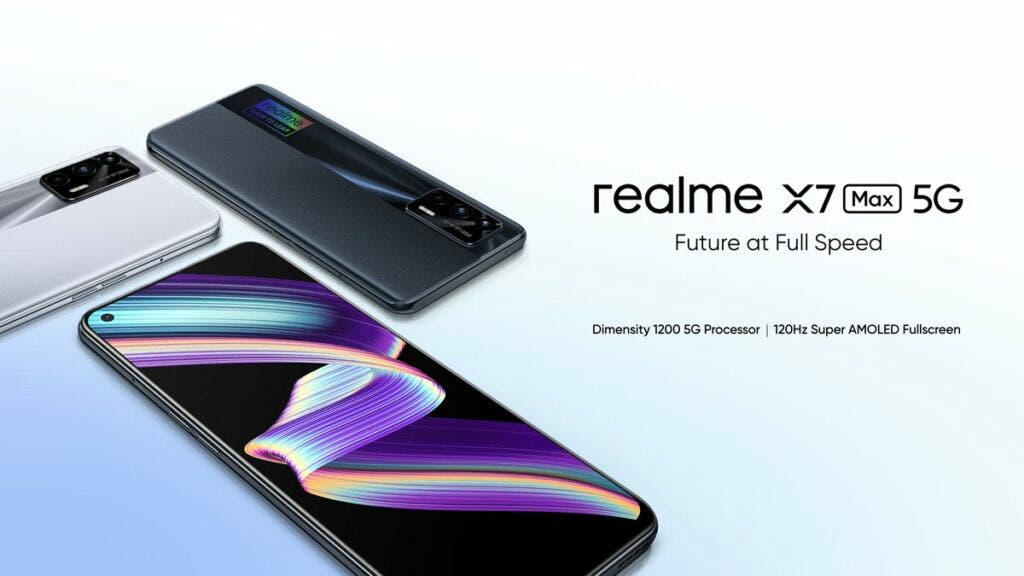 The Realme X7 Max 5G comes in three colorways – Mercury Silver, Asteroid Black, and Milky Way. The device also has two variants – 8GB + 128GB and 12GB + 256GB. The former costs INR 26,999, while the latter will set you back by INR 29,999. Both devices will be available on Realme.com and Flipkart from June 4. Those who pre-order the new smartphone will receive free Realme Buds Q TWS earphones.

Next Xiaomi HyperCharge 200W charging can charge a 4,000mAh battery in 8 minutes