The WhatsApp development team has confirmed that there will be a public beta version of the messenger in the coming months, allowing users to access their account from multiple devices. Other features are also coming as well.

The head of WhatsApp, Will Cathcart, did not confirm rumors that a version of the messenger for the iPad would appear soon, but said that with the introduction of support for up to four devices by the app, the appearance of a messenger version on this tablet is not excluded.

According to Facebook CEO Mark Zukerberg, a new “view once” feature will appear in the messenger. It will allow you to send content to other users that immediately disappears after viewing. The service for the delivery of “ordinary” disappearing messages is also expanding. In the future, the new “disappearing mode” will allow not to configure every individual or group chat, but to send disappearing messages in all chats by default.

Zuckerberg added that support for multiple devices will not deprive WhatsApp of end-to-end content encryption. “It’s been a big technical challenge to get all your messages and content to sync properly across devices even when your phone battery dies, but we’ve solved this and we’re looking forward to getting it out soon!” – said the head of Facebook.

Although we do not know the timing of the integration of the disappearing messages of the new type, we already know that the beta version with support for multiple devices will be available in a “month or two”.

The developers of the WhatsApp messenger were recently testing a new feature; it will allow users to transfer chat history, logs and call recordings between iOS and Android devices; making it easier to switch between the two platforms.

This was announced by the Twitter account WABetaInfo, which publishes news related to the beta versions of the messenger and its new functions. According to WABetaInfo, a future update will allow users to transfer their chats from an iOS device to an Android device and vice versa; if both smartphones have the latest version of WhatsApp installed.

In the event that this condition is not met; WhatApps will prompt users to update their app before they can stream chats; as shown in the screenshot posted by WABetaInfo. There is currently no option for users to transfer chats between iOS and Android; making it difficult to switch between the two platforms. 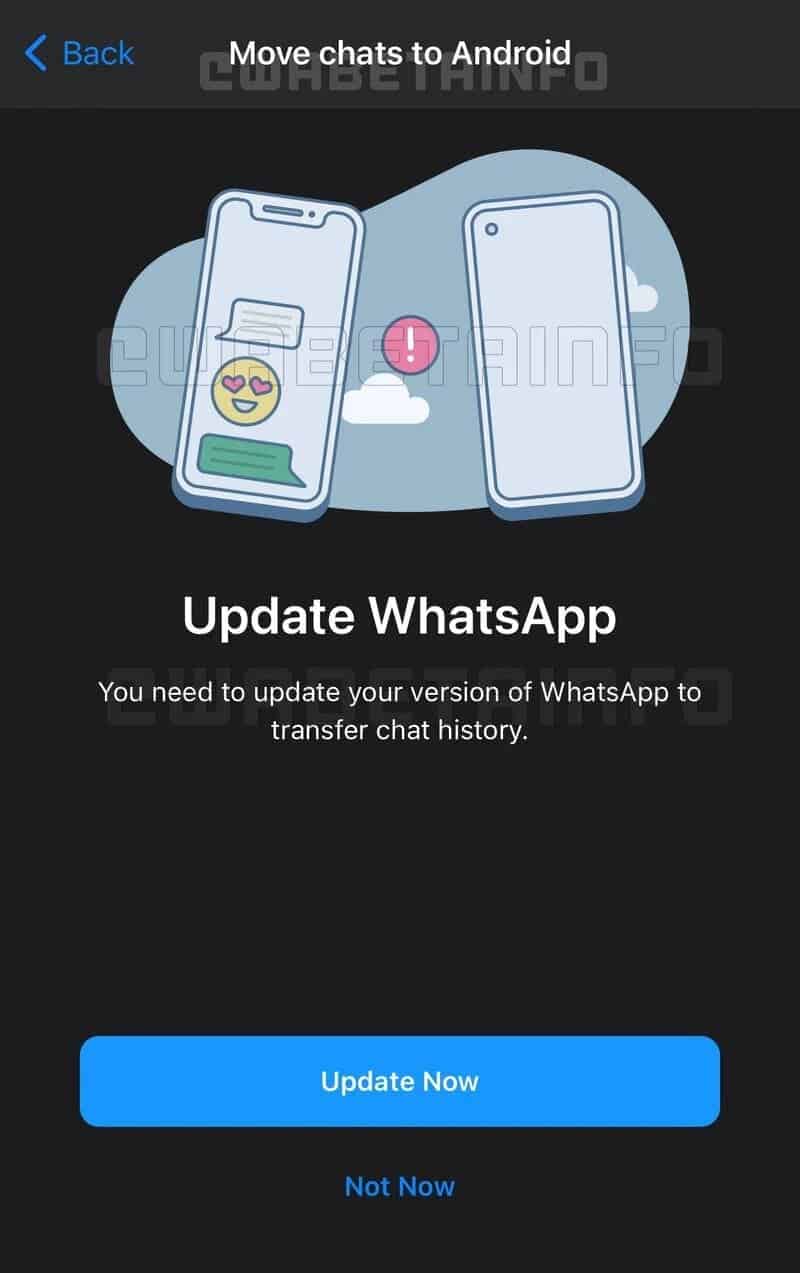 WhatsApp for iOS uses iCloud to back up user data; making it easy to switch to a new iPhone model and restore WhatsApp history. The WhatsApp messenger for Android uses Google Drive for this purpose.

New features currently in test by WhatsApp developers include password-protected iCloud backups, self-destructing images; and the ability to link one WhatsApp account to four devices.