Huawei sold its Honor sub-brand in November last year to a Chinese group. Since then, Honor now as an independent company has been working to establish partnerships that will allow it to keep its products competitive and relevant. The brand already established partnerships with Qualcomm, MediaTek and is working with Google to bring Android and Google Mobile Services back to the Honor smartphones. As far as wearables are concerned, the company will keep bringing new devices. In fact, the company already is preparing an Honor Band 6 which launch is imminent now.

The new Honor Band 6 will compete in the budget fitness wearable and smartwatch segment. We expect the new fitness tracker to be launched globally, but today, the new info comes straight from India’s Flipkart. The new wearable was listed by the country’s giant of e-commerce revealing familiar design as the previous generation of the wearable.

The Honor Band 6 features a heart rate monitor which is very common among modern fitness/health trackers. The device also joins new trends with an SO2 blood oxygen monitor. The demand for this feature is increasing and many OEMs are now adding it to their smartwatches and fitness trackers. This feature’s availability in the Honor Band 6 will put it on par with the competition. 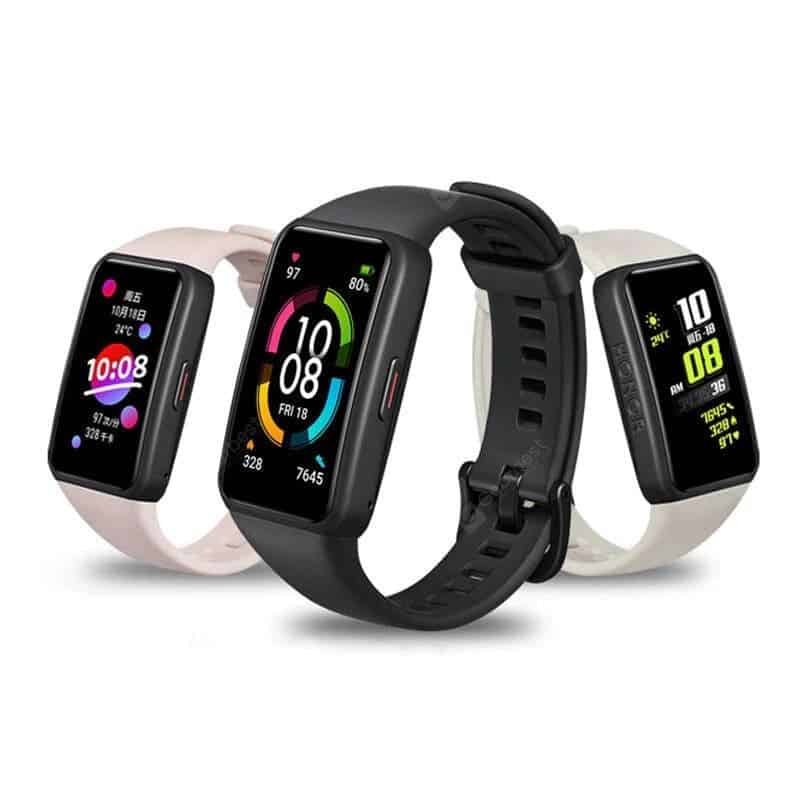 The wearable will also come with a stress level monitor and a sleep monitor. The software also brings a wellness feature set that includes some breathing exercises alongside workout modes, auto-detection of workouts, and periodic activity reminders. Other software features include the “Find my Phone” that allows you to pair and find your smartphone wherever it is. You can also use the band to control music playback on your smartphone among other things. The wearable also comes with a dedicated store for third-party watch faces and will also be able to scroll notifications directly from the phone including caller ID for incoming calls.

The Honor Band 6 is compatible with both Android and iOS. The wearable offers shock resistance and water resistance up to 50 meters. This makes it eligible to be worn during swimming sessions. The wearable will feature an AMOLED display with 368 x 194 pixels screen resolution. It bears a Li-Po battery which claimed stamina of 14 days. According to Honor, the battery goes from flat to 100% in just 1 hour and 20 minutes. The band weighs around 18 grams. The new wearable is alive on Flipkart in a Pink strap color option. However, we can expect more custom-colored straps.

The Honor Band 6 is live on Flipkart with a price tag of INR 5,999 ($82). For now, isn’t clear if any launch discounts or promotional pricing will also be offered. The launch date hasn’t been confirmed, but we assume that it will happen before mid-June.
Source/VIA :
MySmartPrice

Previous Honor X20 with Dimensity 1200 appears in a live photo

Next WhatsApp will soon support working on four devices simultaneously