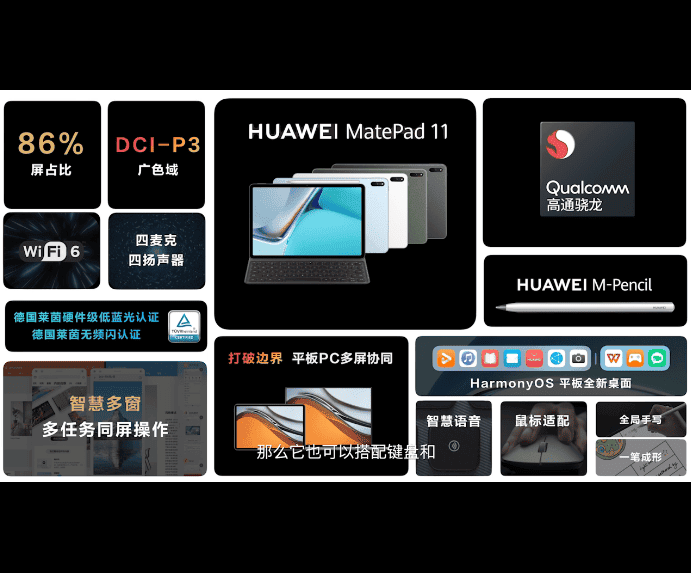 According to a recent report from @DCS, Huawei MatePad 11 will use a Snapdragon 865 chip. This device will also come with a 2K 120Hz LCD screen. Under the hood, this tablet will have a built-in 7250 mAh battery. Of course, like other new devices from Huawei, this device will also have the HarmonyOS 2 system. We expect that the price of this device will be lower than the MatePad Pro series. 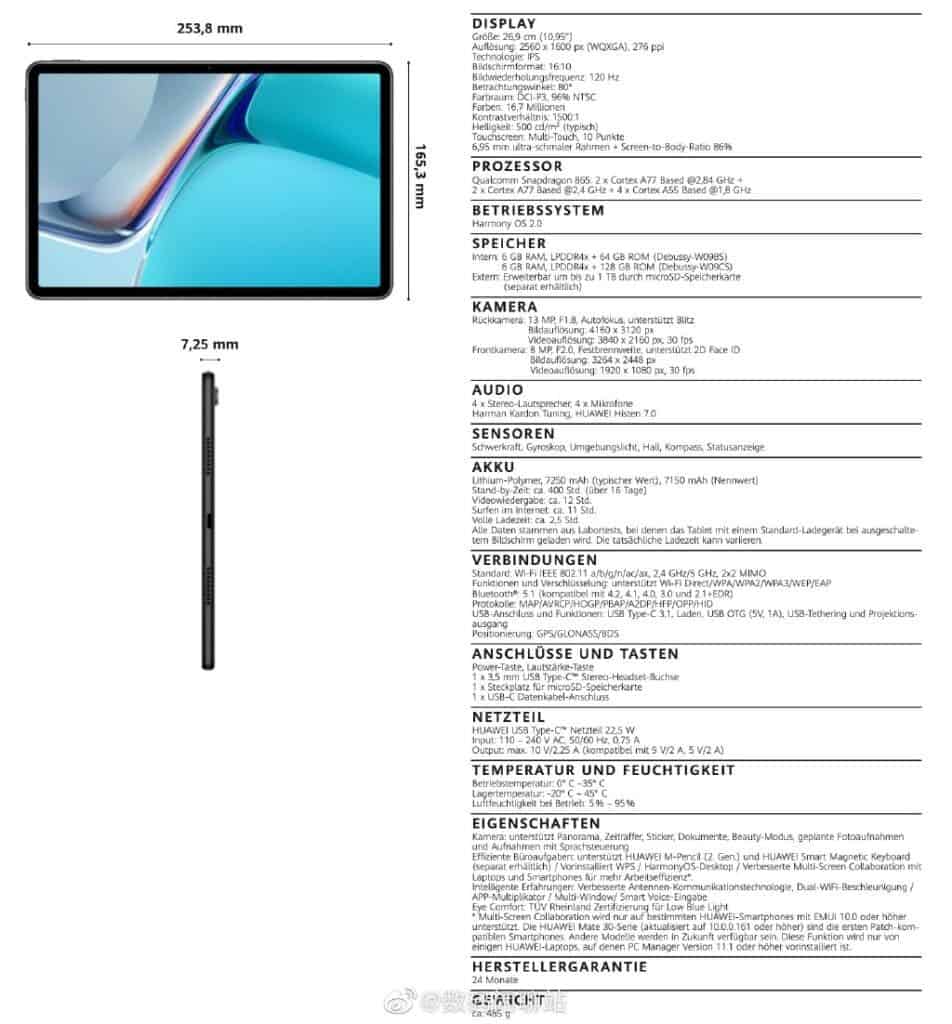 Here are the latest Huawei tablets and their prices

The slogan of Huawei’s HarmonyOS 2 is “One as All All as One”. This is because the system focuses on the interconnection of multiple devices and operating them as one. This system also supports multi-camera mode and multi-device combination photography. Furthermore, HarmonyOS Connect can easily activate the smart assistant of the device. The interface of HarmonyOS 2 is more concise and smarter.

According to Huawei, whether it is for office work or for gaming, HarmonyOS 2.0 promises easy usability. The Chinese manufacturer also claims that this system has been in testing for about 36 months. Huawei also claims that for these three years, the testing of this system has been hitch-free. Furthermore, its graphics stack technology also allows a longer gaming time. With regards to privacy, Huawei has also defined the HarmonyOS 2 privacy and security standards and governance control framework. This is to ensure that any application, services, or hardware that joins the HarmonyOS 2.0 train is safe and secure.