For Samsung, the “FE” of its Galaxy series is the “Fan Edition”. According to the company, this model brings what Samsung considers to be the most important Galaxy S fans’ need. Today, a series of Samsung Galaxy S21 FE images hit the web courtesy of @evleaks. As we can see from the images, the frame of this device is on the same level as that of the Galaxy S21. In fact, this device does not appear like it’s a fan version. It looks much better than the Fan Edition of the Galaxy S20. 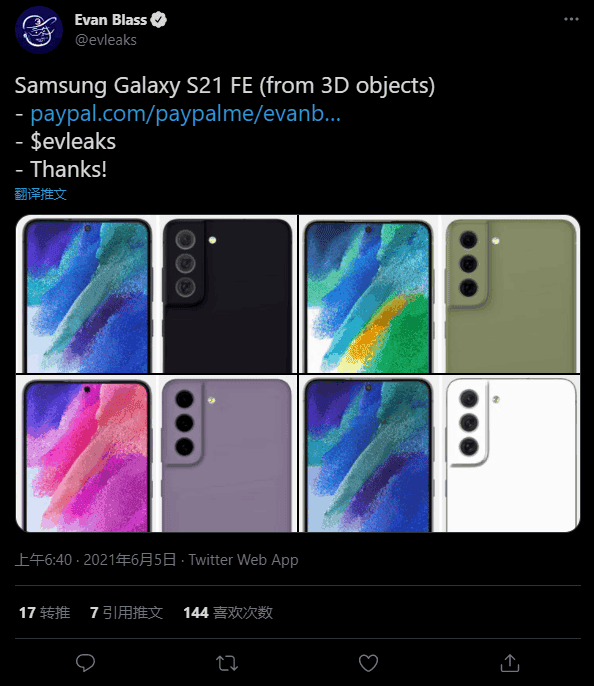 Furthermore, the leak states that the Samsung Galaxy S21 FE may be a follow-up product of last year’s Galaxy Note 20. Usually, the Galaxy S21 FE should be a successor to the Galaxy S20 FE.  Considering that there is no Galaxy Note series product this year, this product will arrive sometime in August. It is quite possible for it to take over the previous position of the Note series.

After all, the Samsung Galaxy S21 Ultra launched earlier this year comes with an S Pen. The presence of an S Pen on the S21 changed the fate of the Note series. It is also possible that the new S21 FE will also support S Pen. Of course, this revelation did cause some controversy. There was even a rumor that the S21 Ultra did not meet Samsung’s expectations. To this end, there are rumors that Samsung executives are considering bringing the Note series.

Next Realme mysterious new smartphone appears for the first time