Realme gave the first step in the “2021 flagship territory” in the beginning of March. The company unveiled the Realme GT 5G as a compelling flagship device featuring the Qualcomm Snapdragon 888. Not only a mere flagship, but this is also the cheapest Snapdragon 888-powered smartphone to date. The only bad side is that it is exclusive for the Chinese market, but that will change very soon.

We’ve been hearing multiple rumors, seeing many leaks during the past few months pointing to the international release of the Realme GT 5G. Now, it is confirmed, the device will hit the global shelves on June 15th, 2021. Realme started its teasing campaign in the end of the last month, and now the device is confirmed to reach many markets including India.

They don't stand a chance. #FlagshipKiller2021

Join us for the global launch of #realmeGT on June 15th at 1PM: https://t.co/ooNrSLMq2y pic.twitter.com/kgEWkHUI1z

The confirmation comes straight from Realme UK. The brand made a post through its official Twitter handle confirming the global launch of the Realme GT 5G. According to the post, the new device will go official on June 15, at 1 PM BST. The post also includes the live stream link of the launch event. It does not bring any new details about the smartphone’s specifications.

The Realme UK has shared a tweet from its official Twitter handle revealing that the flagship smartphone Realme GT 5G is all set to launch globally on June 15th, 2021. According to the announcement, the company has slated the launch event for 1 PM BST and the post has also shared the live stream link of the launch event. Besides, the post didn’t mention anything about the price or specifications of the upcoming smartphone. Anyway, we expect it to follow the Chinese variant closely in terms of specs.

The Realme GT 5G boasts a 6.43-inch FHD+ Super AMOLED panel with a 120Hz refresh rate. The display has a top-left-aligned punch hole comprising a 16MP camera. It is protected by Corning Gorilla Glass 5 and offers HDR10+ support. Under the hood, we have the excellent Qualcomm Snapdragon 888 5G chipset. Moreover, the device brings up to 12GB of LPDDR5 RAM, and 256GB of UFS 3.1 storage. The device runs Android 11 straight out of the box and comes with Realme UI 2.0 on top. 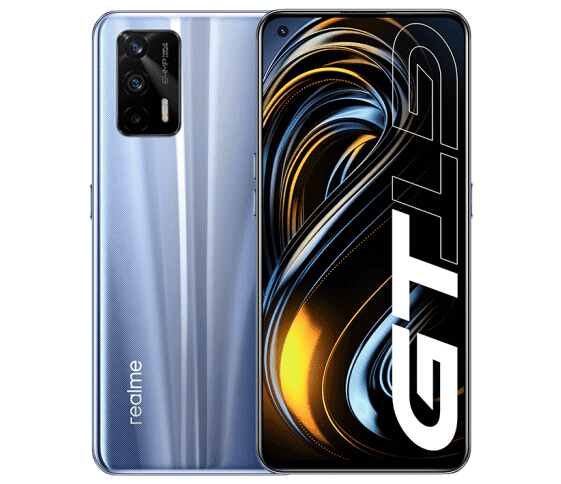 The Realme GT 5G has a triple-camera setup comprising a 64MP Sony IMX682 primary sensor, an 8MP ultra-wide-angle lens, and a 2MP macro camera. The device draws power from a 4,500mAh battery with 65W fast charging. Other features include dual-band Wi-Fi, NFC, Bluetooth 5.1, a 3.5mm headphone jack, and a USB-C port.

Next Oppo applies for the "OCAR" trademark