Kuo’s predictions are based on the interim results of his research; which he shared with a group of investors on Tuesday. Speculations on a possible release of Apple’s virtual and/or AR helmets have been going on for months. According to some reports, the first models will be equipped with 15 cameras, providing users with an immersive experience. According to other information, Apple will use a special technology to integrate images of virtual objects into real space. All rumors agree that Apple’s AR device will be quite expensive and aimed primarily at professionals.

Either way, AR headsets will be a great addition to the company’s existing product range. According to Kuo, the premiere will take place in the second quarter of next year, and we are talking specifically about augmented, not completely virtual reality. Genius will be responsible for the production of the optics of the device.

Kuo’s research also looked at the supply chain of camera optics for other Apple products. Genius and Lagran were expected to supply the corresponding components for the iPhone 13, but the latter was eliminated as a result of the latest evaluation by Apple, so in June only Genius will supply the components. 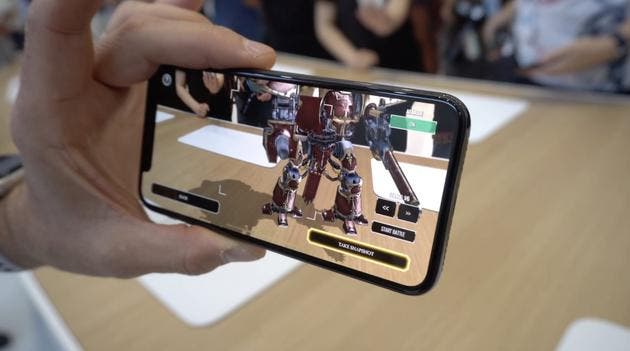 Apple this week unveiled updates to its major software platforms. The company has not forgotten about software developers, who will receive a lot of new powerful tools to implement their ideas.

Apple introduced the Object Capture API for macOS Monterey. It allows you to create 3D objects using a set of 2D images. Developers will be able to take pictures on an iPhone or iPad, and then use a Mac to create 3D models of the objects depicted on them, optimized for AR. It will take a few minutes. Users can view the resulting models in AR Quick Look or added to AR scenes in Reality Composer or Xcode.

Apple also boasted that most of the top 1000 apps for its platforms are built using the Swift language. The company said that 600 million people from 175 countries and regions visit the App Store every week. The company announced an update to its app store product pages that will give developers more flexibility and new ways to interact with users. This will help them better track the needs of their audience.

Finally, the TestFlight open beta test product , which allows you to easily invite users to test new software, will now be available not only for iOS, iPad OS, watchOS and tvOS, but also for computer macOS.

Next What to do if you forgot your iPhone password