The second half of 2021 will be quite exciting for Apple enthusiasts across the world. As usual, the company will bring its new iPhone contenders sporting new technologies and features. However, this isn’t everything the company has in tow. Apart from the new range of MacBooks that may come a little close to the end of the year, the company may use the iPhone 13 keynote to present a new Apple Watch series – the Apple Watch Series 7. The company’s iPhone / Apple Watch announcement will return in September this year. Today, a new report from Bloomberg brings some tidbits about the new wearable. It will feature a new design upgrade and some neat improvements.

Ahead of the Apple Watch Series 7 release some details and specifications have emerged. According to the report, the company will use a new design and will debut a new variant targeting sports athletes. However, this new variant will go official only by 2022 alongside a new Apple Watch SE. Getting back to the point, the Series 7 will get some major upgrades. The device gets a faster processor, improved wireless connectivity, and an updated screen.

Apparently, the new Apple Watch Series 7 will get a faster processor. The company will also enhance the quality of the wireless connectivity and upgrade the display. In fact, the Cupertino-based firm will bring a new panel with thinner borders fully divine into the bezel-less trend. It is also using a new lamination technique that brings the display closer to the front cover. In terms of thickness, the new model may be slightly thicker than the predecessor. The new wearable will also come with an updated Ultra Wideband chip, possibly the U2.

The report further states that the body temperature sensor will not make an appearance in this year’s model. Moreover, the promising blood-sugar sensor for glucose level monitoring may not be ready just yet. In fact, the promising feature may still take several more years to be ready. That’s very unfortunate since this feature could make the Apple Watch much more appealing in its health-monitoring nature. It will eventually come since Apple is said to be testing this technology, but it will take a couple of years. 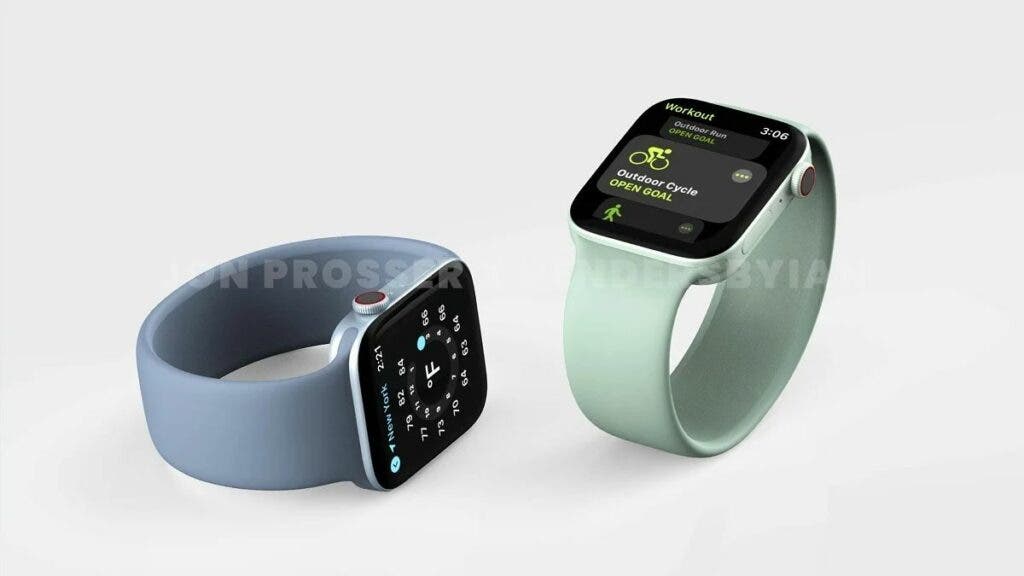 The new Apple Watch Series 7 will fall in line with the design language of other Apple products released this year. The device will have flatter edges as opposed to the slight curve on Series 6. Apple will also introduce new colorways including Pastel Green and Blue. These colors will come alongside the usual Black and Silver options.

We expect more details to keep coming in the next few months.

Next Chipset shortage may lead to the rise of fake chips