The latest report from Canalys pointed out that in the first quarter of 2021, shipments in the Indian PC market (including tablets) surged 72% year-on-year to 4 million units. Among the PC products, we can mention 517,000 desktops, 2.5 million laptops, 930,000 tablets, and 43,000 workstations.

Also Read: PC Shipments Has Skyrocketed Despite The Shortage Of Components

Almost all categories have shown good growth momentum, mainly due to poor performance in the first quarter of 2020, when product supply was hit hard by the restrictions on the new coronavirus epidemic in China. Notebook computers (including mobile workstations) are the main growth point. Their shipments surged by 119% compared to the first quarter of 2020. Tablet PCs also showed record results, with a year-on-year growth of 52%. The popularity of desktops decreased, and shipments dropped by 6% to 517,000 units. 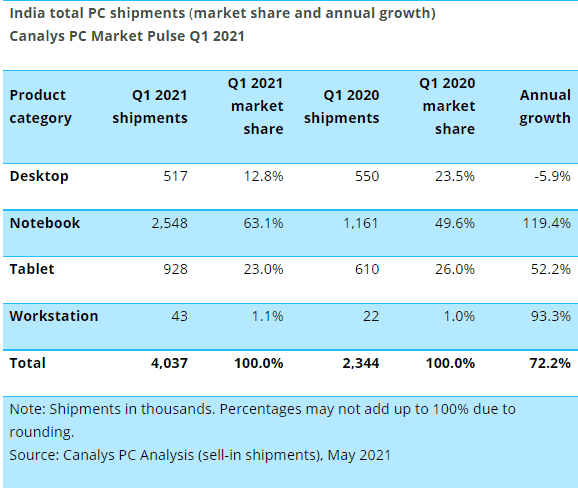 HP surpassed Lenovo to rank first. Its shipments in the first quarter of 2021 grey by 102% year-on-year. With the gradual enhancement of supply guarantees in the Indian PC market, especially in notebook computers (shipping volume soared by 121%), the constraints faced by Lenovo have eased. 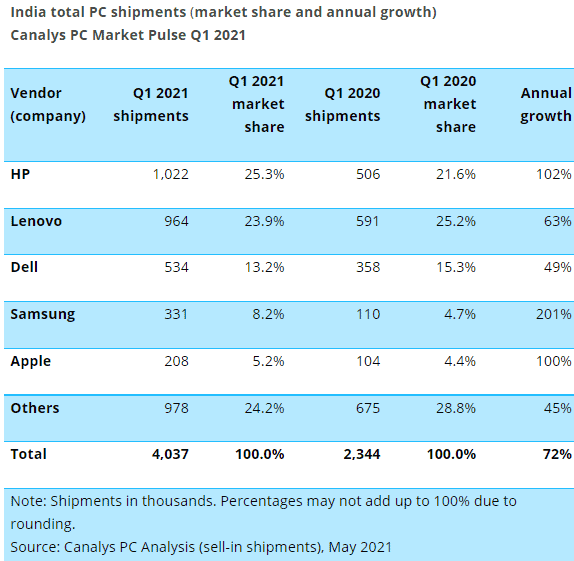 Lenovo fell to the second place in the PC market, with a year-on-year growth of 63% in the first quarter of 2021. However, the situation for Lenovo may worsen further. There is some tense political situation between China and India. So Lenovo directly abandoned the government bidding project. Now, it is focusing on strengthening its “Made in India” program, mainly in the area of ​​tablets, in order to win back the confidence of certain government agencies.

Despite the sharp decline in the desktop business, Dell still ranks third. Dell’s growth rate is the slowest among the five major manufacturers. However, its popularity among enterprises and commercial end users has helped the company maintain shipments. Among the three major manufacturers, Dell has the largest number of devices using the latest generation of Intel chipsets. This will help Dell to further consolidate its position in the enterprise and commercial markets. 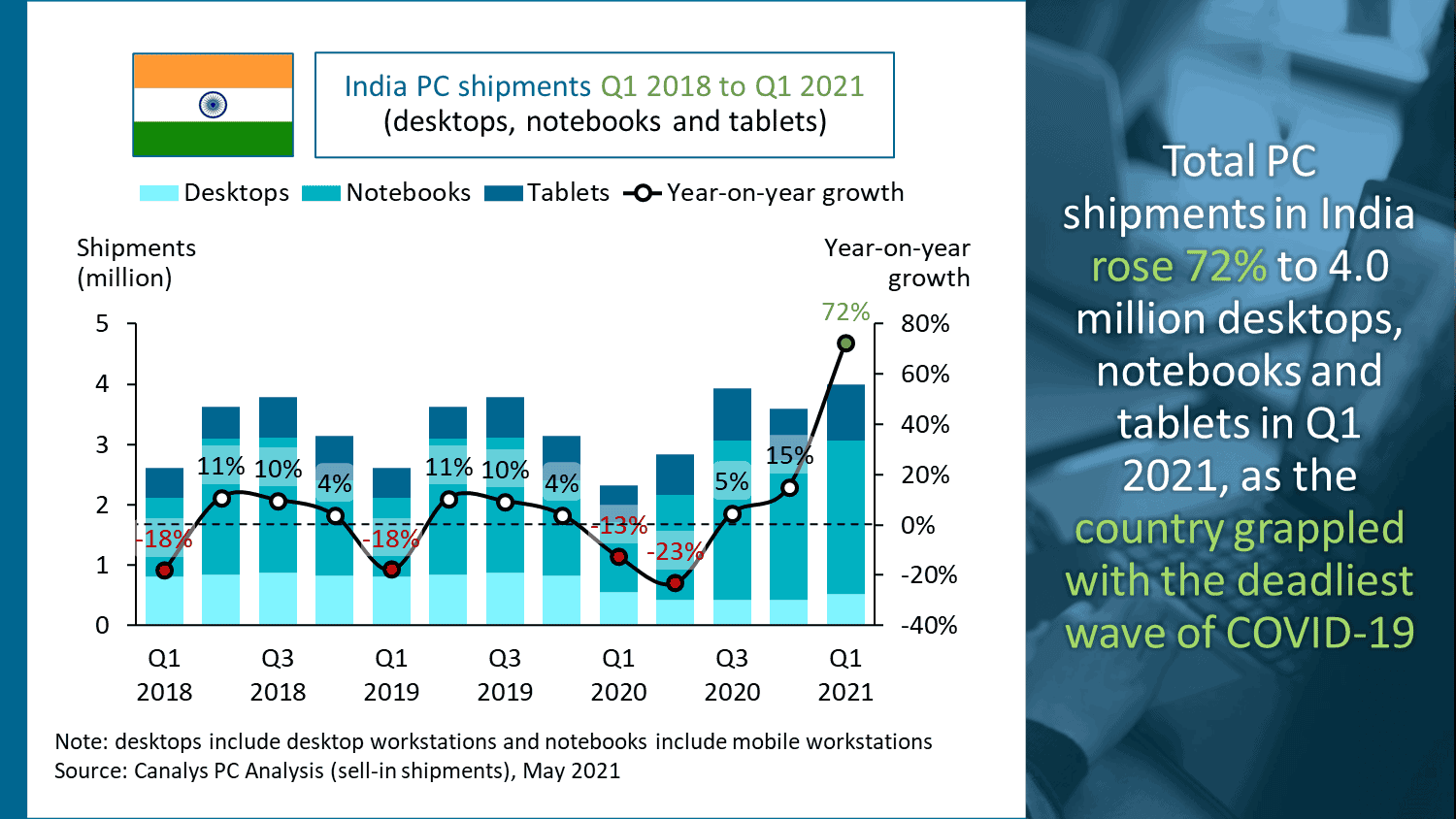 Samsung jumped to fourth place with its strong tablet business. Samsung is one of the few Android tablet manufacturers that can meet large orders, especially during the COVID-19 pandemic. The Indian government has invested heavily in accelerating its digital services and capacity building. Plus, public schools and institutions have continued to purchase its products to support online learning. This consolidated the growth of Samsung’s tablet business.

Apple squeezed out Acer and made it into the top five. Apple’s shipments doubled to 208,000 units, and this is the best quarter for Apple ever in India. However, we should recall that Apple has opened its official store in India.