Samsung launched a cheap version of its flagship smartphone for the first time last year. The phone was named the Galaxy S20 FE, where FE stands for Fan Edition. The latter was packed with many features inherited from the vanilla version but the price was much lower. There have been too many rumors and leaks concerning the next-gen Samsung Galaxy S21 FE. And though earlier today, we heard that the company stopped the production of this handset, it’s still on everyone’s lips.

Anyway, this handset will appear on the market if not now, in a few months. And today, it was leaked in GeekBench once again. As a reminder, a few days ago this phone spotted in the same benchmark platform. In this sense, the benchmark scores are almost in line with those we saw earlier.

The only difference between these two leaks is the memory size. If the previous leak showed an 8GB RAM and a Snapdragon 888 onboard, this one comes with a 6GB RAM. 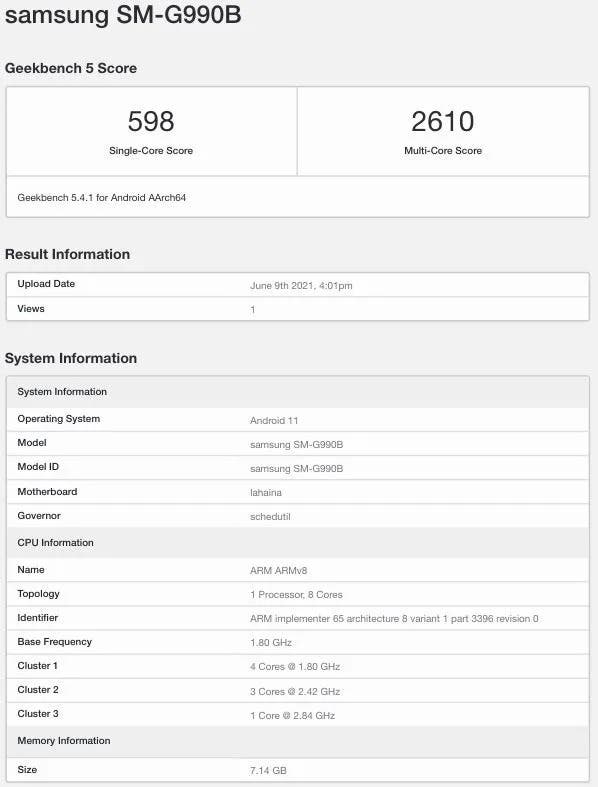 Previously, we heard that the Samsung Galaxy S21 FE will inherit the design of the S21 series as a whole. The front will carry a 6.4-inch centered punch-hole full-screen. Compared with the previous generation, the screen-to-body ratio has been increased. The resolution is FHD+ and it supports a 120Hz refresh rate and a fingerprint under the screen.

The back is made of plastic material. The rear camera still has a matrix-style three-camera solution. The latter includes a 12MP wide-angle lens, a 12MP ultra-wide-angle lens, and an 8MP telephoto lens. This camera support a three times zoom shooting. Thus, there are not many changes in comparison to the previous generation model. 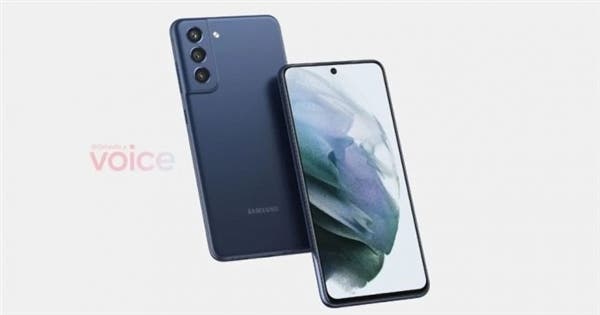 Will It Come Ever?

As said above, Samsung has suspended production of the Galaxy S21 FE in the context of global chip shortage. Though there is no official statement that the phone will be canceled, we can’t exclude this.

In theory, Samsung can resume production of the smartphone later. But it can’t be delayed for a long time because it’s a phone from the S21 series. (The S22 will come in a few months.) So its launch should have a sense.

We guess Samsung has stopped the production in favor of other models. And we should note that the chip shortage problem will make all manufacturers face similar dilemmas. So in this regard, it’s worth recalling that Qualcomm previously said that the chip shortage could last until the end of 2021. Another manufacturer, Intel is more skeptical – it believes this will last for for a couple of years.

Previous Xiaomi patented a smartphone with a huge camera system