Google believes that in today’s network environment, URLs are still the main way users determine the identity and authenticity of a site. However, the URLs can easily deceive people especially those that know little or nothing about URLs. For example, an attacker can manipulate the URL in a variety of ways to confuse users with the identity of the website. With this, the attacker can easily achieve phishing, social engineering, and online fraud. A study showed that when misleading brand names appear in URLs, more than 60% of users are deceived. To avoid such problems, Google chose to hide the full URL in the address bar of the Chrome browser many years ago.

However, a recent committee from Google and Chrome had to eliminate the “hide URL” feature from the Chrome browser. According to Google, this experimental feature did not live up to expectations. The company claims that it had very little or no effect on the safety of users. Thus, the company will officially discontinue this feature.

Initially, Google believed that this feature is as important as HTTPS. Although it has been a controversial feature, Google still insists on promoting it. In subsequent version updates, the hide URL function has been optimized a lot, but it has been offline for some time. Now, it is not coming back.

In the latest Chrome Canary, Google has brought history records to tab groups. The Chrome browser can record previously opened tab groups, including their names and colours, and restore them with one click. This function needs to turn on the “Display application menu history sub-menu” sign. 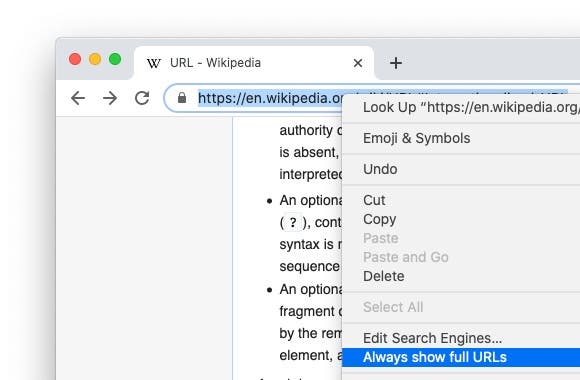 In addition, the Chrome browser will allow you to save an entire tag group as a bookmark. The bookmark will be saved in the folder format of the tag group. It will use the same name and order as the tag group.