According to an email sent by Facebook to podcast page owners, hosts will be able to link their show’s RSS feed to Facebook. As a result, the social network will generate messages in the users’ news feed as new episodes of the podcast they are interested in are released. Content will show up in the new Podcasts tab.

Content creators who choose to publish their podcasts to Facebook will have to sign an agreement that grants the social network the right to create derivative works that may be needed to distribute the show in certain formats. This may scare off some users who are serious about protecting their intellectual property. Podcast creators can independently decide whether to allow social media users to create cuts of up to one minute. Facebook says it will help increase podcast awareness and engagement.

It is not yet clear by what criteria Facebook defines podcast creator pages. Some users note that they have not received an email from Facebook; although they have been maintaining podcast pages for quite some time.

With the launch of the Podcast service, Facebook appears to be betting on the fact that podcast creators are already using the social network to keep in touch with their listeners and promote shows. Posting to Facebook can help content creators achieve popularity faster. The social network will also benefit as it will be able to keep users on the platform longer. 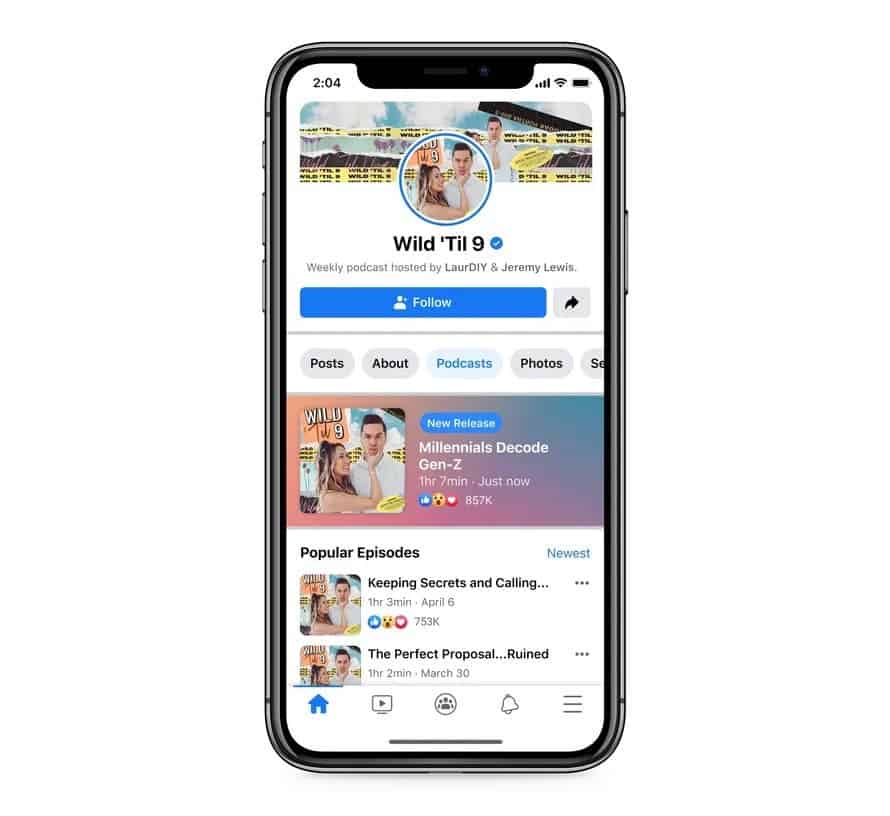 Facebook on Wednesday announced that it will begin in test mode to place ads inside the virtual reality created by Oculus headsets. As pointed out by the CNBC news agency; Facebook announced in May this year that it was going to integrate advertising into the Oculus mobile application.

The first VR game to feature ads will be the shooter Blaston from Resolution Games. In the coming weeks, promotional material will also begin to appear in two other Oculus headset games; which Facebook has yet to reveal.

Ad placement in games and VR apps will allow Facebook to significantly increase its revenue. By the way, 97 percent of the latter generates exactly advertising revenues. At the moment, the company places advertising materials only on the pages of its social networks Facebook and Instagram.

Facebook has assured that VR advertising offers will not be based on any data; for example, images of the user’s hands for tracking or screenshots that are stored locally on virtual reality headsets.