Microsoft will unveil the next generation of its operating system on June 24. Nevertheless, we already know a lot about the upcoming Windows 11; due to the leaked ISO image of its test build. Now reviewers from HotHardware have compared synthetic benchmarks for identical systems running on the new Windows 11 and the current version of Windows 10.

The devices for testing were Dell XPS 13 9300 laptops with an Intel Core i7-1065G7 processor and Lenovo IdeaPad Slim 7, based on AMD Ryzen 7 4800U. The installation process for Windows 11 is almost the same as for Windows 10. At the first launch, reviewers noticed a new welcome sound and a redesigned taskbar, the icons on which are located in the center. 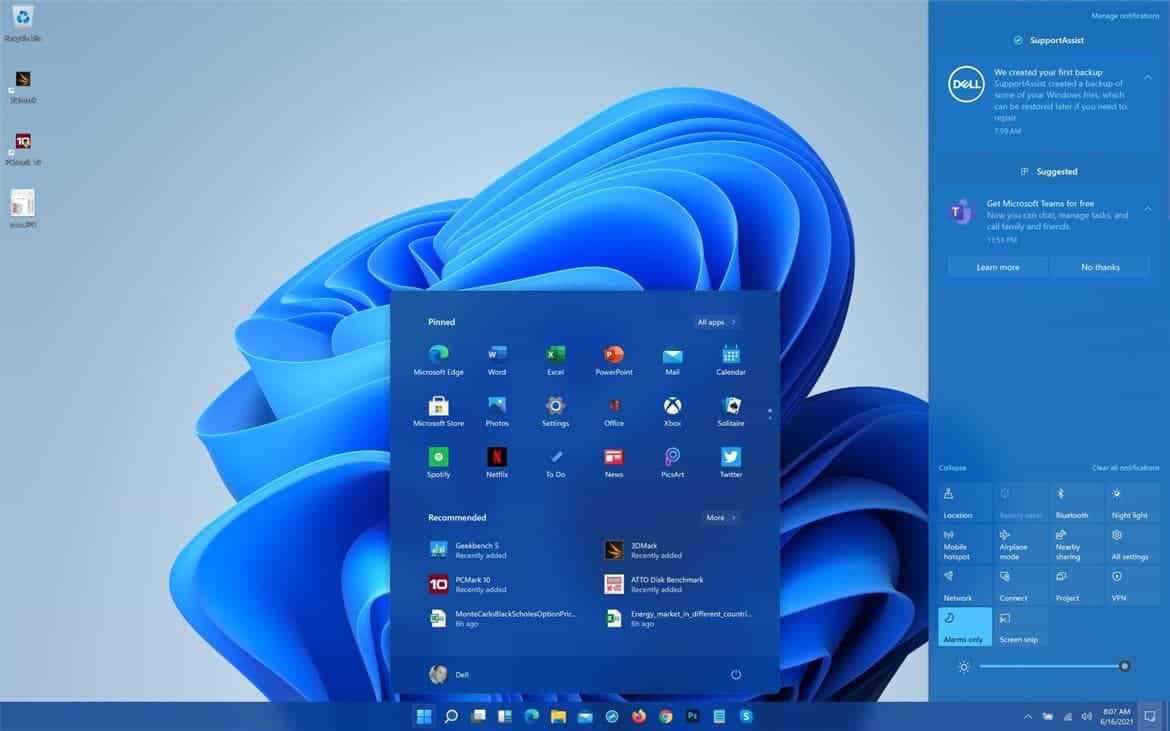 Despite the fact that this is an early test build, HotHardware decided to conduct several tests to compare the newest OS with its predecessor. On Geekbench, Windows 11 and Windows 10 showed comparable results, which differ within the margin of error.

But in PCMark 10, the difference is already visible, and it is clearly not in favor of Windows 11. The gap turned out to be, although not the largest, but quite noticeable. Windows 10 had a clear lead in the Essentials test. But in the Digital Content Creation test, the alignment of forces has changed – here Windows 11 has already taken over, but only in the AMD-based system.

The leaked Windows 11 is worse in performance than Windows 10 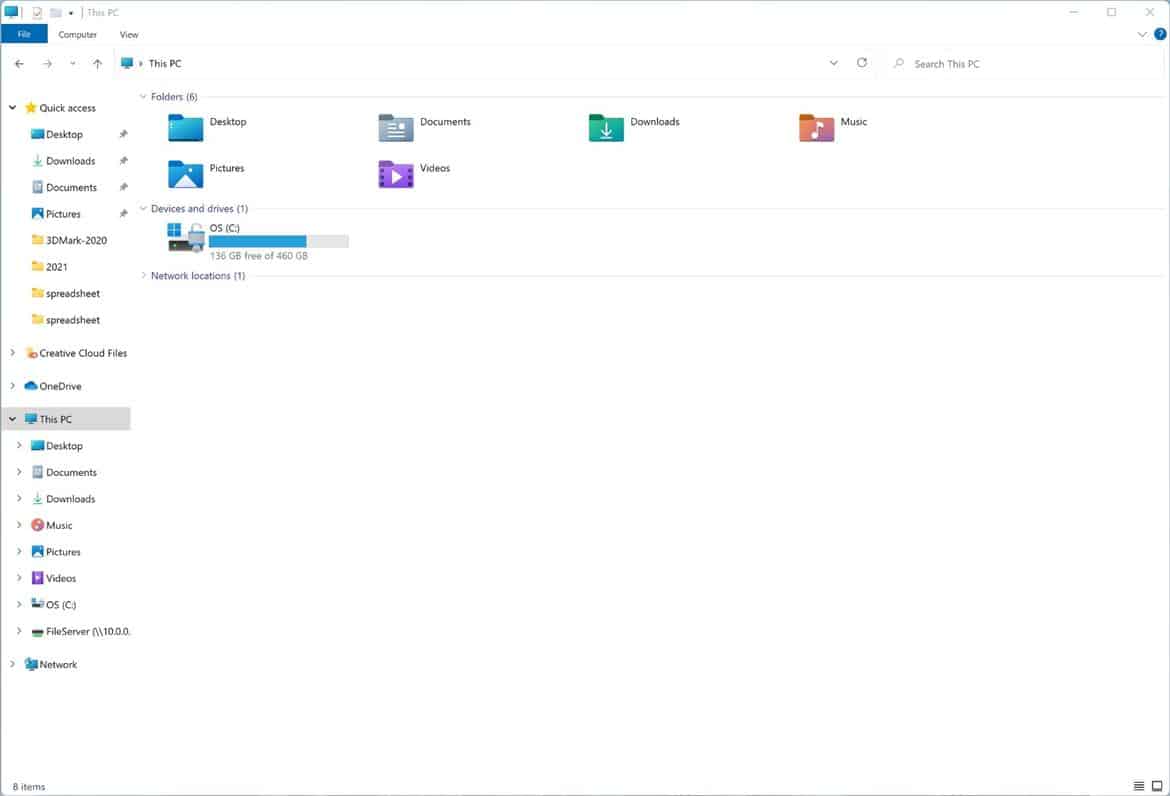 In the Speedometer 2.0 browser benchmark, Windows 11 scores significantly higher than Windows 10. However, reviewers notes that the difference may be due to the use of different builds of the Chrome browser. It is noted that in this test, the proprietary Microsoft Edge browser shows results comparable to Chrome.

In Cinebench R23, the single-threaded test results differed little between OS versions; but when processing multiple data streams, Windows 11 showed a performance decrease of about 10 percent compared to its predecessor. 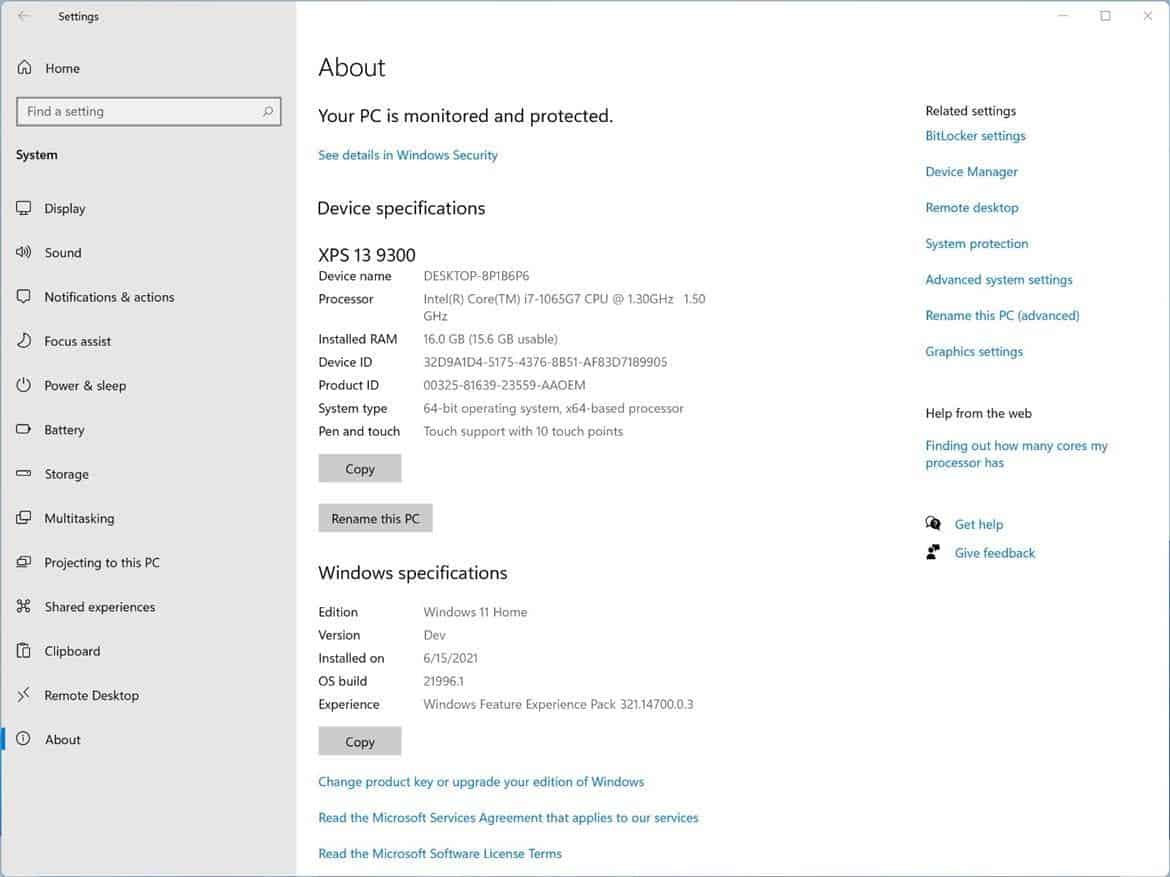 In 3DMark Night Raid, the AMD Ryzen-based computer performed similarly on both operating systems; while the Intel-based laptop showed a 4 percent drop in performance on Windows 11.

It is important to remind here that Microsoft is still optimizing the operating system, and an early build is in testings. The Redmond corporation still has several months to prepare Windows 11 for mass distribution; which will take place this fall.

Regardless, we must say, we’re cautiously optimistic of the current state of affairs with Windows 11; and will be tracking its performance improvement in the future builds as we come closer to its consumer launch.

Next European wearable device market grows by a third, and Apple leads