The TikTok service announced the implementation of a new feature that allows users to share content using affiliate videos. So far, the technology, dubbed Jump, is available to a limited number of creators and interacts with Whisk, Breathwrk, Wikipedia, Quizlet, StatMuse, and Tabelog.

Jump content may be generated by third-party services and is mini-programs that can be embedded in custom videos. TikTok video creators can link to it in their videos. For example, a food lover might leave a direct link to a recipe stored in the Whisk app for more details. Users can learn more about breathing exercises by following the link on Breathwrk, or take short quizzes using Quizlet cards integrated into the training videos.

According to TikTok spokesman Sean Kim, the goal of the social network was to build the “last mile” in the “cognitive journey” of users and create the opportunity to interact with content creators at a deeper level.

The new feature gives video creators more options to engage their subscribers. Jump content is compatible with HTML5 technology and, according to TikTok, there are almost unlimited uses for the function. TikTok invites developers of third-party services and content providers to register for the program. 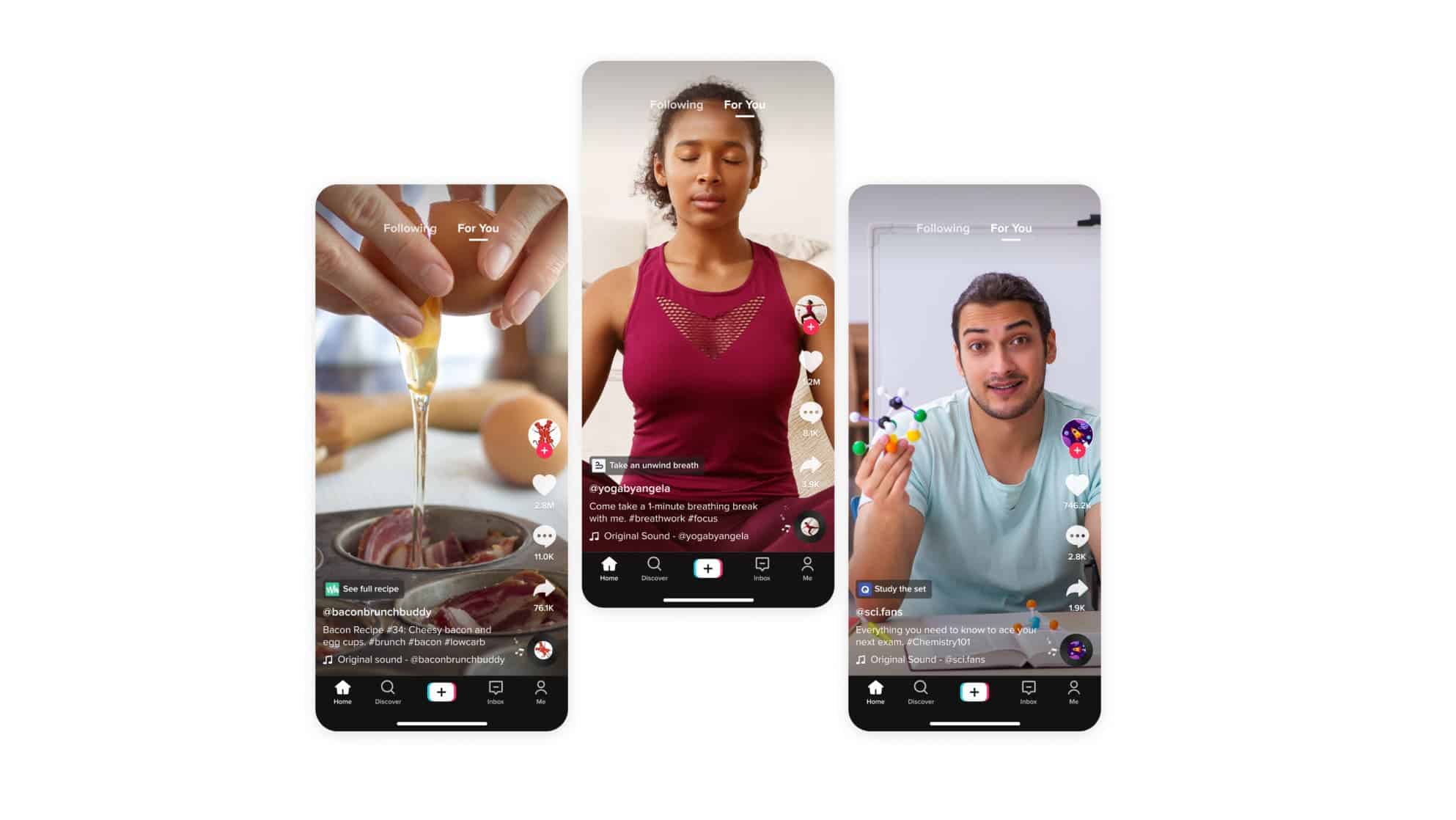 On June 10th, ByteDance, which owns TikTok, launched the Volcano Engine brand; under which it will offer its own personalized recommendation algorithm to third-party companies. With this step, the Chinese company demonstrated its desire to go beyond the consumer business.

The recommendation system used in the TikTok app is considered one of the main secrets of its success. This algorithm was one of the reasons for the concern of the administration of former US President Trump; which could not deny that TikTok has a powerful impact on the people of the United States. After Joe Biden took over as President of the United States; his team redefined their attitude towards TikTok, WeChat and other popular Chinese services. One of the conditions for the continued presence of ByteDance in the US market was the requirement to open access to key software components. The Chinese company decided to capitalize on this and will now offer its powerful algorithm to corporate clients.

Until now, ByteDance’s main income has come from consumer products like TikTok. Then, now the company is targeting the corporate market. Marked as an intelligent technology platform, Volcano Engine provides an extensive list of supporting tools that enterprise customers can access. With their help, companies will be able to optimize internal databases, segment customers and test products, and this is not all the algorithm’s capabilities. Unfortunately, in the highly competitive IT market, the potential of such a powerful product as Volcano Engine cannot but cause concern.

Next Xiaomi is developing the Redmi K50 smartphone series