Micromax was once of the strongest names in the Indian market of smartphones. However, with the crescent competition lead by Chinese brands such as Xiaomi, Oppo, OnePlus, and more recently Realme, the Indian-based company lost space. Now, however, Micromax is staging a comeback with a bunch of new smartphones. The brand is betting on nationalism and in the recent anti-China sentiment to cater to more users that will support its return. This has brought the “In” series smartphones to life. The company already launched the Micromax In 1, In Note 1, and In 1 B. Now, it’s time for the second generation to start coming. Today, two new devices dubbed Micromax In 2b and Micromax In 2c ran Geekbench. 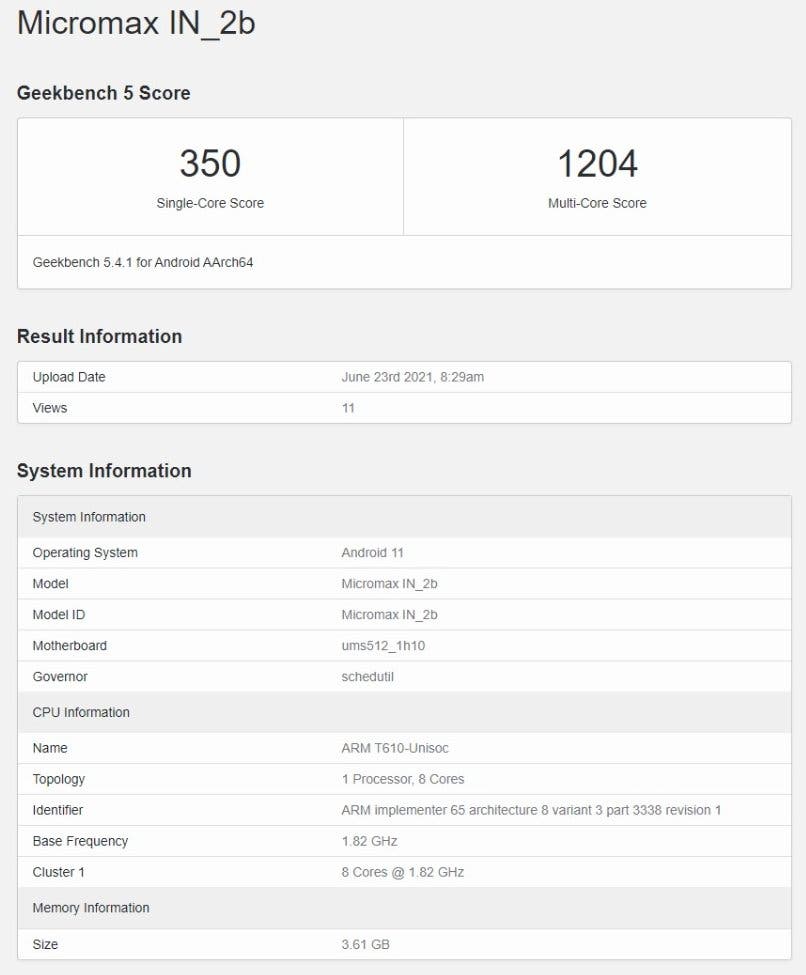 The two new smartphones from Micromax have passed through the popular benchmarking platform. However, there is something quite curious about them. While we’re used to seeing smartphones running MediaTek or Qualcomm chips, Micromax is going on with Unisoc. Both devices are powered by the Unisoc T610 chipset which is paired with 4GB of RAM and runs Android 11 straight out of the box. Which is hardly a surprise at this point. 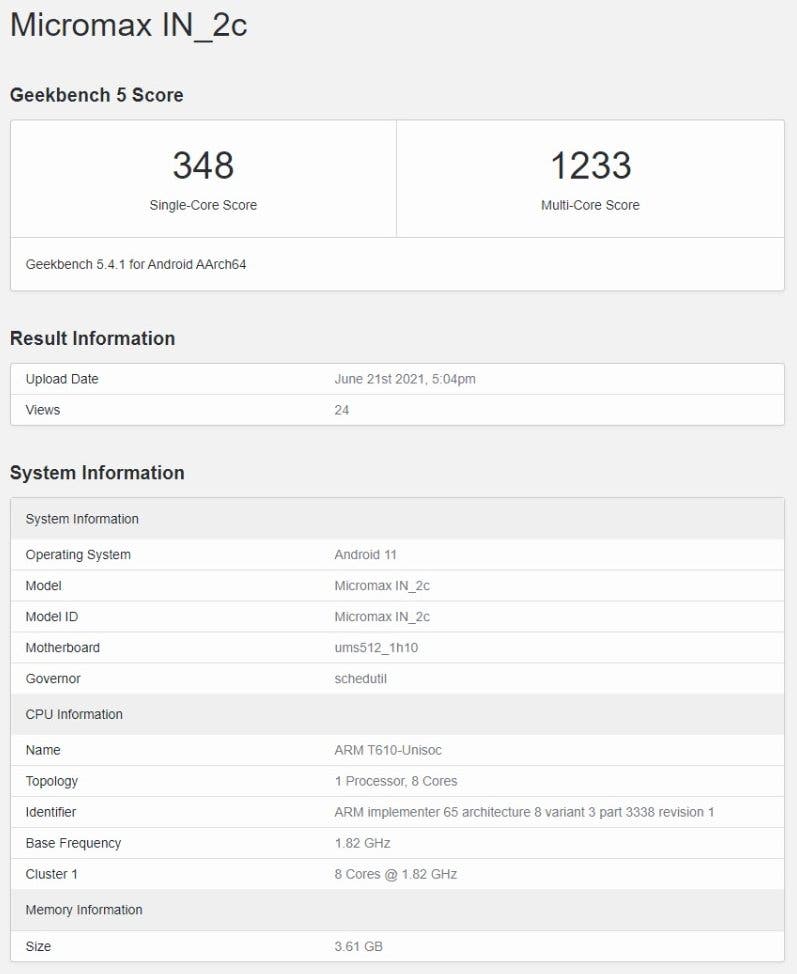 The Unisoc T610 is a 12 nm chipset featuring 2 x Cortex-A75 cores at 1.8GHz and 6x Cortex-A55 cores clocked at 1.8GHz. It also comes with a dual-core Mali-G52 GPU. If we put the clock speed and the GPU aside, this chip is very similar to the MediaTek Helio G80 chipset. The Taiwanese firm’s chip was used in the Micromax In 1. Even Geekbench scores line up with other Helio G80-powered smartphones.  It’s similar but slightly below the G80. However, the performance increase is giant if we compare the Unisoc T610 with the Helio G35. The ARM Cortex-A53 octa-core was found in the last year’s Micromax In 1b.

The Micromax In 2b and 2c will likely appear in the next month or event early in August given to these leaks. They may feel a little behind what competition is offering in India, but the focus here seems to be the entry-level segment. Worth noting that Micromax is also promising to unveil an affordable 5G smartphone. Now the question is whether the company will stick with Unisoc or change back to MediaTek chips in this task? Unisoc already has a bunch of 5G-ready chips under is Tanggula series, but they are yet to appear on any smartphone.

We expect to hear more about these devices in the coming weeks.