Micromax is gearing up to introduce its Micromax In Note 2 series in India. The new devices with an “India-centric” approach are set to debut in the market on January 25. Micromax was once one of the most relevant smartphone makers in India, however, it lost an appeal to Chinese brands. The company also had an exclusive license for using MediaTek chips, but now this is the story. The company returned two years ago taking a ride in the patriotism. Now, it is ready to unveil a new range of smartphones. The Micromax In Note 2 got its microsite in Flipkart live. These listings revealed some of the key specs of the smartphone. Now, the leakster Sudhanshu Ambhore came up with the complete specs sheet of the handset.

According to a recent report by MySmartPrice citing Tipster Yogesh Brar, the Micromax In Note 2 packs a 6.43-inch AMOLED display with a Full HD+ resolution. That may be a surprise for some to see Micromax launching an AMOLED-powered device. But that seems to be the case here. Unfortunately, it’s unclear whether it supports a standard 60 Hz refresh or something beyond like current smartphones. The device also has a center-aligned punch-hole display.

For selfies and video calls, the punch-hole cutout serves as a home for the 16 MP selfie snapper. Moving around to the back, we have a Quad-Camera setup. It comprises a primary 48 MP camera, a 5 MP secondary lens, and two 2 MP snappers. We assume that the 5 MP unit is for ultrawide shots, while the latter two are macro and depth sensors. The device also has a side-mounted fingerprint scanner. 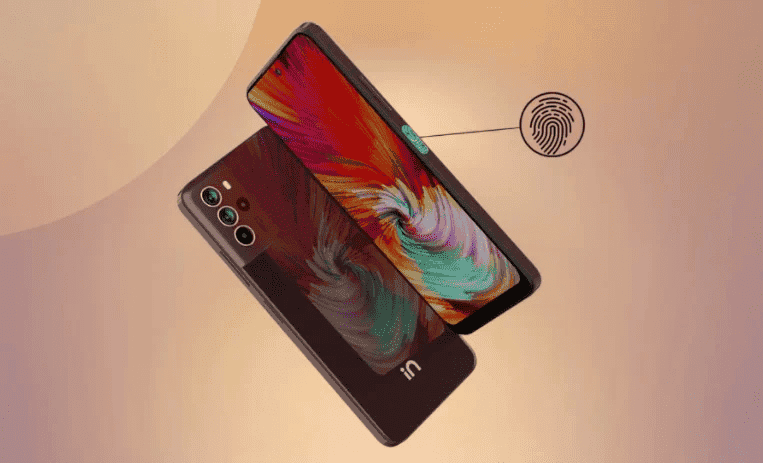 Under the hood, we have another smartphone packing the MediaTek Helio G95 SoC. The old 12 nm processors mark presence once again, and apparently, it’s the answer to our doubts involving refresh rate. The G95 can’t withstand refresh rates higher than 60 Hz. As a result, MediaTek made the Helio G96. So, we can conclude that the Micromax In Note 2 won’t support a higher refresh rate. Moving on, the device will come with 4 GB of RAM and 6 GB of RAM. It will have 64 GB or 128 GB of Internal Storage respectively.

Unfortunately, the device will run Android 11. However, we can expect a later update that brings Android 12. The OS should be something near-stock Android. In terms of battery, the device will draw its powers from a 5,000 mAh battery with 30 W fast-charging.

The device’s price is still unknown, but it’s coming in Black and Brown colorways.