Facebook Twitter Youtube
Unlike Sony which offers the two versions of the PS5 with the same hardware except for the lack of disc driver in the Digital Only Edition, Microsoft has a cheaper, “mid-range” Xbox Series S. The Xbox Series S has almost half the specs of the Xbox Series X. Despite this, most of the “new-gen” technologies are supported including the super-fast SSD. Moreover, most of the next-gen games like the recently announced Alan Wake 2 are also targeting the Xbox Series S. The cheaper console is achieving good success, especially in emerging markets, and Microsoft seems to be proud of it. The company announced a new customized Xbox Series to mark the New Year of the Tiger on the Chinese zodiac.

Xbox Series S gets a Year of Tiger makeup

There is a small catch, despite the announcement, reports suggest there is no way to purchase it. Microsoft states that it’s part of the New Year Celebration. Around 15 custom Xbox Series S was created along with 15 Xbox Wireless Controllers. The two art pieces were created along with the Chinese Cartoon designer Bu2m. Instead of being put on sale, the consoles will be the giveaway prize for a contest running on Wechat and Bilibili which begins from January 25. These 15 pieces will then gain the status of valuable collection treasures. 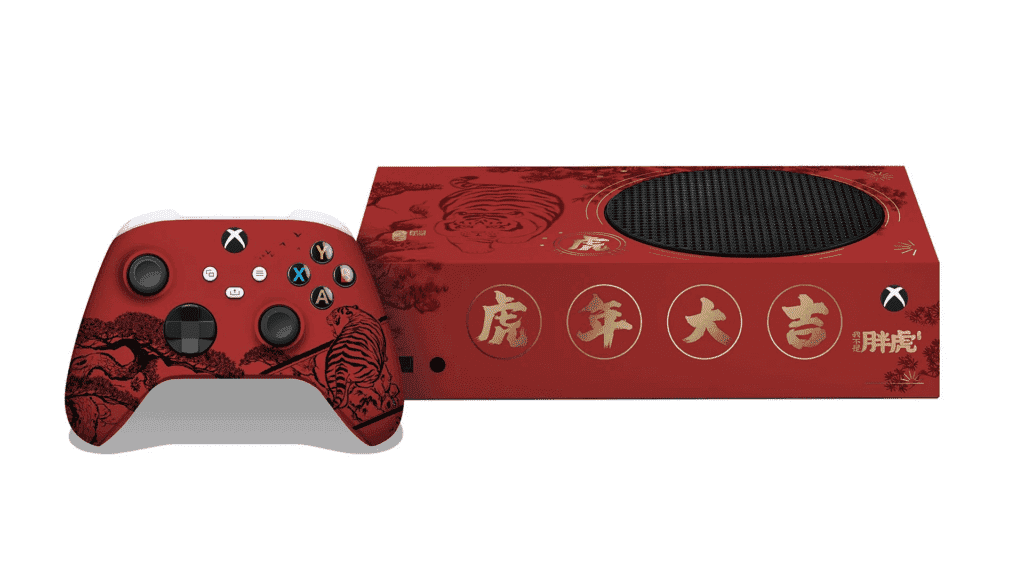 Microsoft is known for producing lots of special edition Xbox consoles with special designs over the years. Some of the consoles and controllers were tie-ins with some of the more popular games and sold mostly on a limited-edition basis. We can cite the Cyberpunk 2077 Xbox One X edition or even the recent Halo Xbox Series X edition. The company also produced a bunch of controllers to celebrate the launch of Space Jam movie featuring Basketball star Lebron James.
To those unaware, Year of the Tiger begins from February 1, 2022, to January 21, 2023, according to the Chinese Lunar calendar. The Tiger is a revered giant of Chinese folklore and also a wildlife delight. As far as the new Xbox Series S is concerned, there is no exact word of how many more units will be a giveaway during the contest. It will certainly have an appeal to Chinese customers. But would you enjoy a unit with this design? Let us know in the comments section below.

The latest week has been particularly hectic for Microsoft fans. The week started with the company’s acquisition of Activision Blizzard for the massive amount of $6.9 billion. Now, the week is ending with the announcement of this special Xbox Series S edition.
Source/VIA :
Xbox

Next Micromax In Note 2 specificatiosn revealed ahead of launch