Another year has started for Xiaomi, and we can expect a plethora of smartphones to come this year. The company started things in the very usual way, with the launch of the Xiaomi 12 series in China. The company unveiled the Xiaomi 12, 12 Pro, and 12X. While these devices are yet to join global markets, we may also see a Xiaomi 12 Ultra in the coming months. Other devices will also join the series in the coming months, in the same way, the company will bring more smartphones from other series. Today, the tipster Digital Chat Station brought details about some of the upcoming releases that are in development. It details smartphones like the much anticipated Redmi Note 12 series and others. It also details some unreleased chipsets such as the Snapdragon 7 Gen 1 and the MediaTek Dimensity 8000. 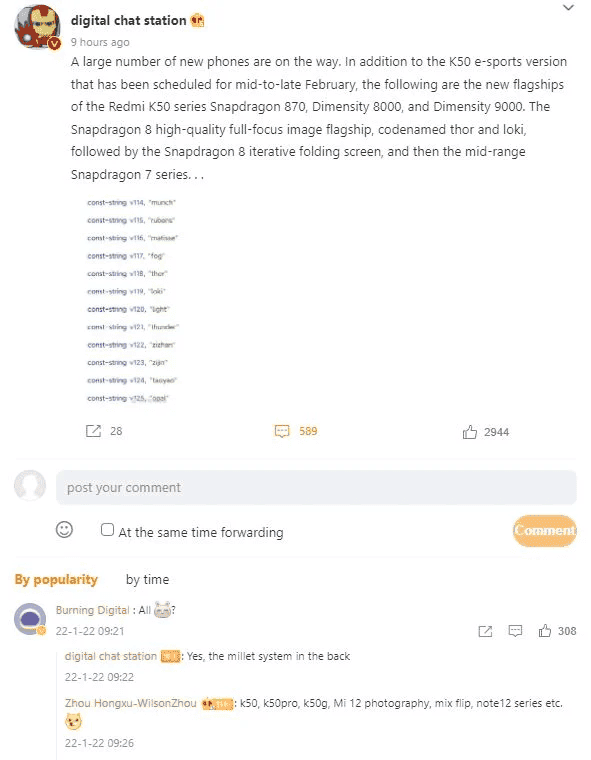 The popular Chinese tipster shared an image with 12 codenames that belong to upcoming Xiaomi smartphones. The first 4 codenames on the list are the Xiaomi “munch”, “rubens”, “matisse”, and “fog”. These codenames are already known for those following Redmi K50 news. These codenames respectively belong to the Redmi K50, Redmi K50 Pro, Redmi K50 Pro Plus, and the Redmi K50 Gaming Enhanced Edition. These models will pack the Snapdragon 8 Gen 1 and MediaTek Dimensity 9000. However, the tipster suggests that two Redmi K50 models will be using the Snapdragon 870, and the Dimensity 8000. 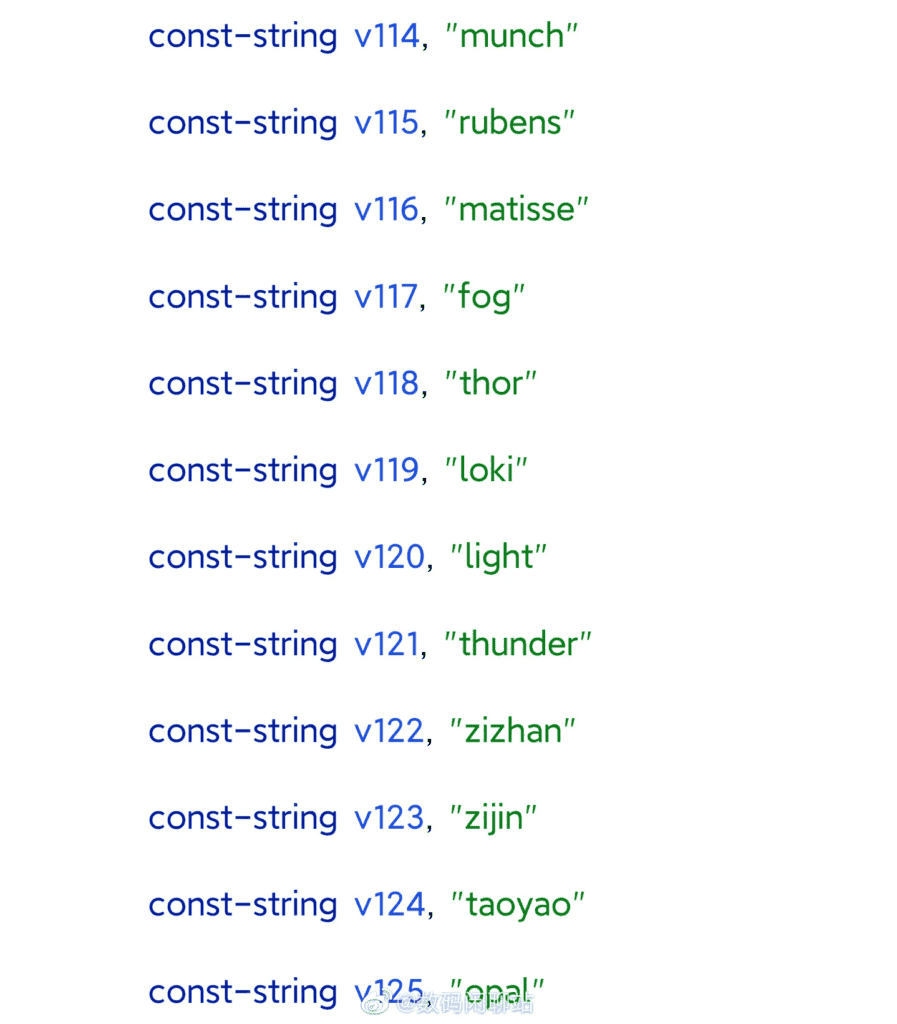 The following names are “thor” and “loki”. These Nord-Deity-inspired names will belong to two premium smartphones in the camera segment. The tipster suggests that both models will bring the Qualcomm Snapdragon 8 Gen 1. They will also bring high-quality camera sensors. At least one of these devices may bring the much-anticipated 200 MP camera from Samsung. We saw countless rumors saying that Xiaomi is working on a 200 MP camera phone for 2022. The answer may come from these devices.

The final 6 names are Xiaomi “light”, “thunder”, “zizhan”, “zijin”, “taoyao”, and “opal”. The first two models are supposedly the internal codenames for Xiaomi’s upcoming foldable smartphone – Xiaomi Mi Mix Flip and Fold 2. The remaining four probably belong to the upcoming Redmi Note 12 series. The company is expected to disclose its Redmi Note 11 series for global markets pretty soon. The Redmi Note 12 series may appear in the second half of the year.

The tipster also states that the Redmi Note 12 series will come with the unannounced Qualcomm Snapdragon 7 Gen 1. This chipset is cycling through the rumor mill and might be Qualcomm’s new generation SoC to replace those in the Snapdragon 7xx series.

We expect more details to come in the upcoming weeks. However, we suggest you to now hold your breath right now. While the Redmi K50 series smartphones are coming soon, other devices probably are coming much later in 2022.