To those unaware, the Oppo Reno7 SE is available in China alongside the vanilla and Pro smartphones. The tipster suggests that the Oppo Reno7 will be priced between INR 25,000 (~$336) and INR 45,000 (~$605). The Reno7 SE is the starting, most affordable, variant in India. As a result, we expect this version to cost around INR 25,000 (~$336). It may become competitive in the country, after all, this variant brings 5G connectivity with the excellent Dimensity 900 SoC. 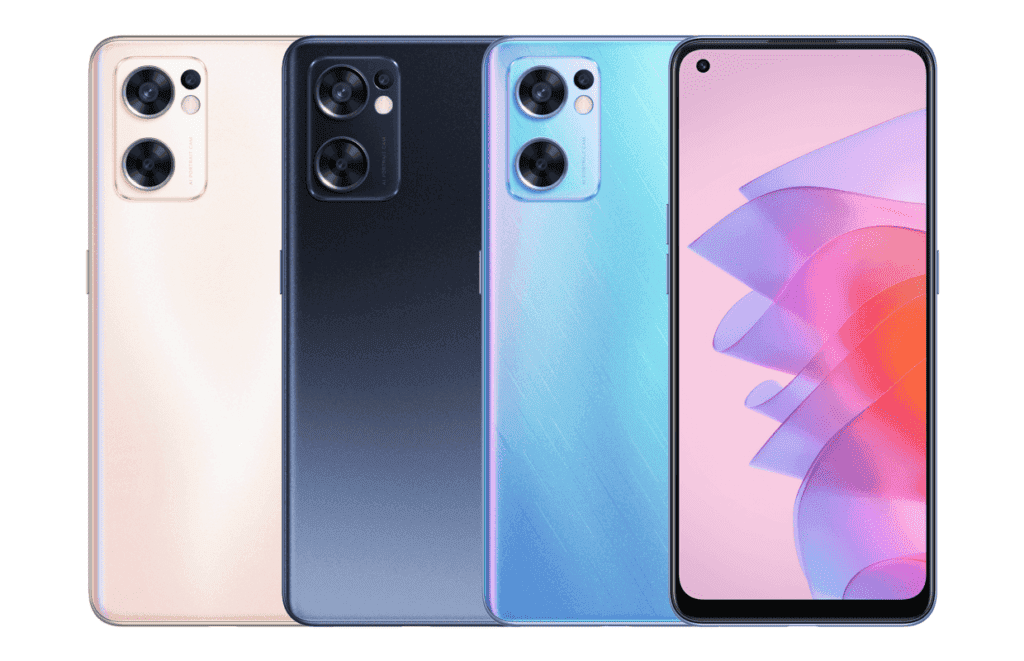 The Oppo Reno7 SE packs a 6.43-inch AMOLED display with a 90 Hz refresh rate and Full HD+ resolution. This handset also has an in-display fingerprint scanner, and the display has a punch-hole for the 16 MP selfie snapper. Under the hood, the phone packs the MediaTek Dimensity 900 SoC that can be considered a toned-down Dimensity 1100. It brings two ARM Cortex-A78 cores clocked at up to 2.4 GHz and six ARM Cortex-A55 cores clocked at up to 2.0 GHz. It also has a Mali-G68 MC4 GPU for graphical tasks. In terms of optics, the handset has a 48 MP main camera, a 2 MP depth snapper, and a 2 MP macro unit.

So Oppo is launching the Reno 7, 7 Pro & 7 SE in India early next month. The series is expected to cover ₹25k-45k segment.

Incidentally Oppo is also carrying out closed testing for Find X5 series in India, we might actually see a return of Find X series sometime in March 🤞🏼.

The device comes with 8 GB of RAM, 128 GB, or 256 GB of Internal Storage. In terms of software, it was launched with Android 11 OS and ColorOS 12 on top. We expect an Android 12 update to come at a later time. The Reno7 SE draws its powers from a 4,500 mAh battery with relatively fast 33 W charging.

For now, the exact strategy that Oppo will adopt with the Oppo Reno7 series in other markets is unclear. After all, some reports even suggest that the Oppo Reno7 will be rebranded to Oppo Find X5 Lite in some markets. For now, we should wait for further confirmation. Meanwhile, the company is reportedly developing the Oppo Reno8 series that may arrive a few months later in Q2 or Q3 2022.

Next Redmi Note 12 and other 2022 Xiaomi devices have details revealed, Snapdragon 7 Gen 1 and Dimensity 8000 SoCs in tow