The South Korean company Samsung has offered another version of a smartphone equipped with a flexible display. This time we are talking about a device with a body stretching across the width.

According to LetsGoDigital website, information about the new product was published on the website of the United States Patent and Trademark Office (USPTO), as well as in the database of the World Intellectual Property Organization (WIPO).

When folded, the device resembles a traditional all-in-one smartphone. If necessary, the user can expand the case, transforming the device into a small tablet. At the same time, the flexible display, twisted inside, will increase in area by about a third.

A feature of the device is a front camera under the screen. A fingerprint scanner is also present under the display area.

In the back of the smartphone, you can see a triple main camera. Among other things mentioned are stereo speakers and a USB Type-C port.

Currently, a stretchable smartphone with the described design exists only in patent documents. Samsung’s plans to bring it to the commercial market have not been announced. 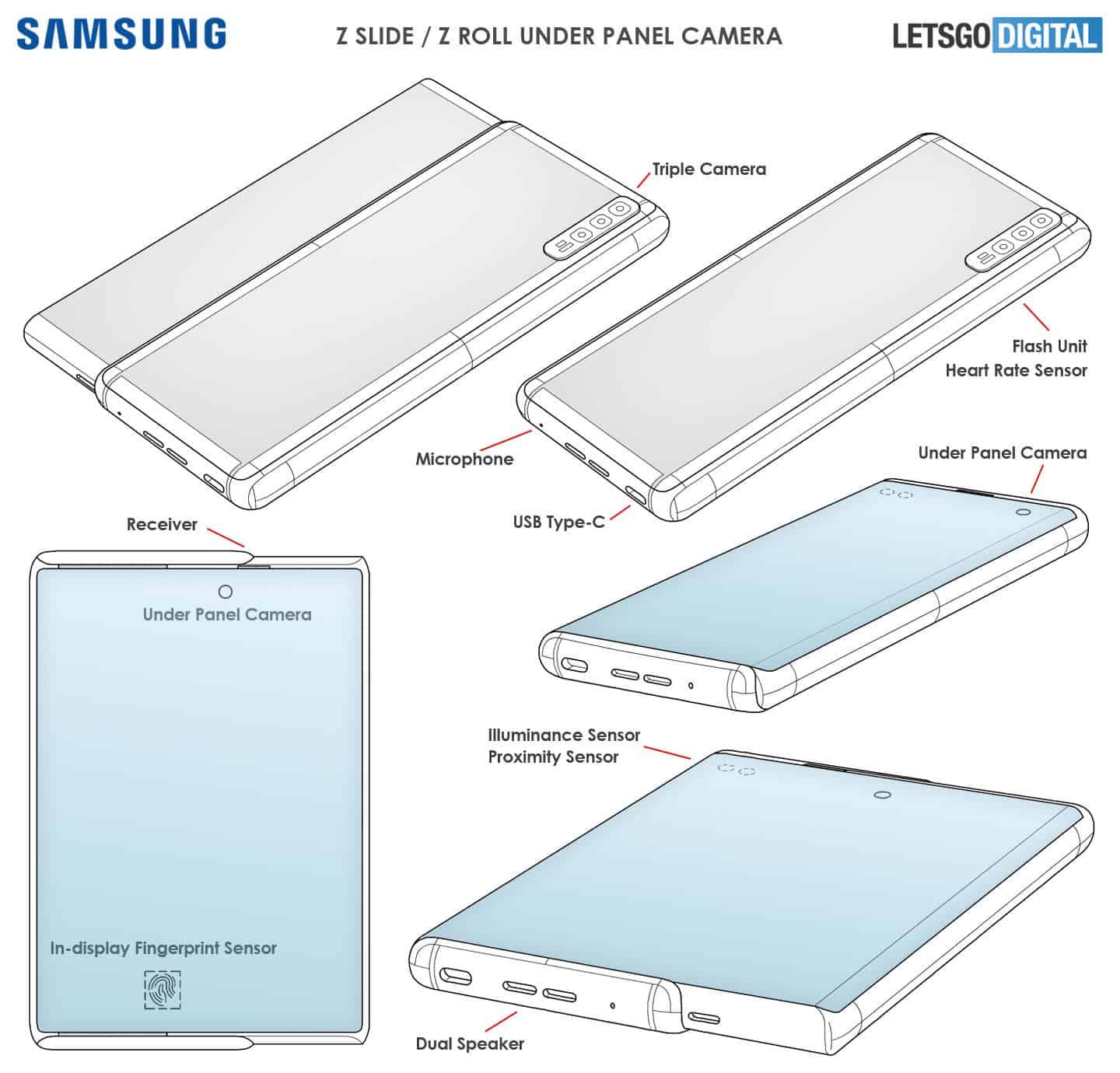 Samsung has denied rumors of purchasing OLED panels from LG

In recent months, there have been rumors that Samsung is going to buy OLED panels for its TVs from rival LG Display. However, according to SamMobile, Samsung has denied these statements, saying that it had never considered such a possibility. Moreover, the company stated that its technology for producing QLED matrices for TVs is much better than OLED.

Han Jong-Hee, vice president of Samsung’s Visual Displays division, has repeatedly denied rumors of an association with LG. Another Samsung spokesperson recently spoke to IT Chosun on this issue and stated, “We still believe our QLED TVs offer better picture quality than OLED TVs. What I am trying to say is that all the rumors that have been heard before are completely groundless. It is true that the cost of LCD panels is increasing and we are having difficult situation, but we have enough capacity to overcome all the difficulties, as the # 1 company on the market”.

According to rumors, Samsung could order about 2-3 million OLED panels from LG, on the basis of which the manufacturer planned to release its first OLED TVs sometime in the second quarter of this year or in the first quarter of 2022. Samsung was allegedly prompted to take such a step by lower profits from its TV division and very active competition from Chinese companies like HiSense, TCL and Xiaomi, which also produce TVs.

Over the past decade; analysts say Samsung has invested heavily in developing its QLED panel production and competing with OLED TVs. Therefore, the decision to use OLED panels in their TVs effectively refuted previous claims that QLED is better than OLED.