The share of smartphones equipped with OLED and AMOLED displays in total sales continues to grow. This is according to new data by TrendForce.

We estimate that this year, devices with an AMOLED screen will account for 39.8% of the total mass of new smartphones. In 2022, this figure may increase to 45%. In other words, almost half of all devices sold will have a panel of this type.

Analysts say this picture is primarily due to the fact that the choice in favor of AMOLED is increasing by leading smartphone suppliers, including Samsung and Apple.

However, for the foreseeable future, there may be a shortage of circuits in need to drive AMOLED displays. Currently, only a few companies can produce such components – TSMC (Taiwan Semiconductor Manufacturing Company), Samsung Electronics, UMC and GlobalFoundries.

As AMOLED panels see increased adoption, the consumption of AMOLED DDI will undergo a corresponding increase as well. However, not only are the process technologies in use for AMOLED DDI manufacturing currently in short supply; but some foundries are also yet to finalize their schedules for expanding their AMOLED DDI production capacities. Due to the lack of sufficient production capacity, the increase in AMOLED panel shipment may potentially be constrained next year. 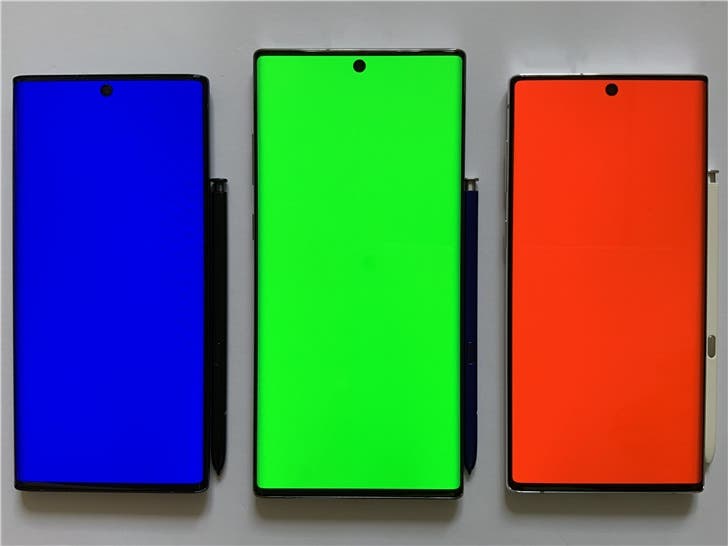 Almost half smartphones in 2022 will arrive with AMOLED displays

Note that the global market continues to experience a shortage of electronic chips. The scarcity has affected a wide variety of segments of the IT industry. From smartphones and televisions to personal computers and cars.

Regarding process technologies, the physical dimension of AMOLED DDI chips is generally larger in comparaison to other chips, meaning each wafer yields relatively fewer AMOLED DDI chips, and more wafer inputs are therefore in need for their production. The vast majority of AMOLED DDI is currently in manufacturing with the 40nm and 28nm medium-voltage (8V) process technologies. In particular, as 40nm capacity across the foundry industry is in tighter supply compared to 28nm capacity, and TSMC, Samsung, UMC, and GlobalFoundries are the only foundries capable of mass producing AMOLED DDI, an increasing number of new wafer starts for AMOLED DDI are being migrated to the 28nm node instead.

Regarding wafer supply, the foundry industry is currently unable to fulfill client demand for 12-inch wafers. Hence, 12-inch capacities allocated to AMOLED DDI production are relatively in a limit as well. At the moment, only TSMC, Samsung, and UMC are able to allocate relatively adequate wafer capacities; although their capacity expansion efforts are still falling short of growing market demand. In addition, while SMIC, HLMC, and Nexchip are developing their respective AMOLED DDI process technologies, they have yet to confirm any mass production schedules. TrendForce therefore expects that the additional AMOLED DDI capacities next year will remain scarce, in turn further limiting the potential growth of the AMOLED panel market.

Next Huawei to release the Nova 8i with Snapdragon 662 and a 6.67" display