At the recent Microsoft Win11 conference, Microsoft brought us a blockbuster feature – Win11 supports Android apps. Microsoft introduced Android apps to the Win11 app store through the Amazon app store. However, the Android App in the app store alone is not enough to meet everyone’s needs. If users can be allowed to load Android APKs (that is, manually installed through unofficial channels), it will greatly compensate for the Win11 touch software ecosystem. 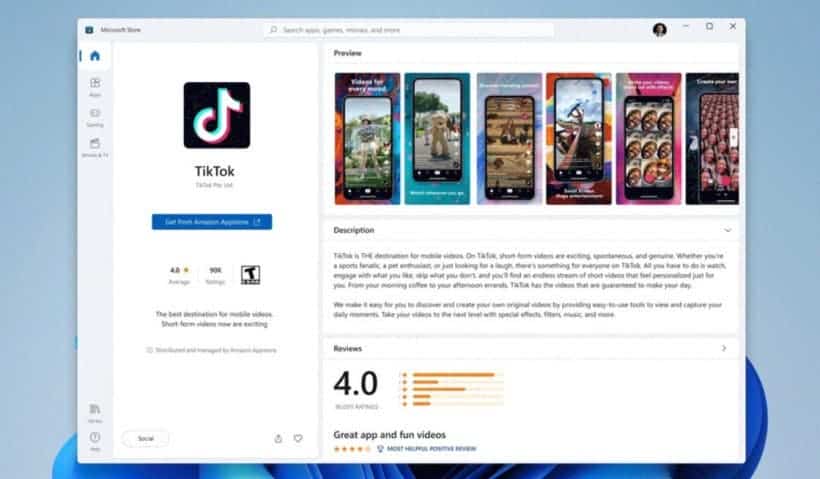 A recent question with regards to whether users will be able to install APK locally on Microsoft Win11 had a positive response. The Twitter user @migueldeicaza with the positive response appears to be a staff of Microsoft but not the company’s spokesperson.

Microsoft officially confirmed that the Android App will be enabled in the future Win11 official version. However, the first preview version will not include the Android subsystem. As of now, it is not clear what the process of sideloading Android APK is. However, it will probably be the same as UWP sideloading in Win10. The developer mode needs to be active to allow the installation of apps from any source.

Microsoft personnel recently confirmed that Win11 will support the Android subsystem. Furthermore, ARM devices can run natively and will support Intel/AMD processors. The company’s new Windows 11 store will be available for download. The new Windows 11 store will include a Windows Subsystem for Android. This is just as cool as the WSL (Windows Subsystem for Linux). There is an official confirmation of this from Miguel Ramos, Microsoft’s program manager for WSL.

Android App will run in a virtual machine with support for voice, stylus, Bluetooth networking, and more. ARM binaries will run via Intel Bridge technology, but developers will have to to submit generic APK files to the app store. Intel Bridge technology is a runtime post-compiler that enables applications to run natively on x86-based devices, including running those applications on Windows 11.

Next Apple iOS 15 will allow apps to request more memory

Microsoft revenue rises 20% despite the declining sales of Windows