When Qualcomm launches a new flagship processor, everyone wonders which major smartphone maker will debut it. As Qualcomm does this twice a year, the question is asked twice. Today, as you should know, Qualcomm uncovered the Snapdragon 888 Plus chip. It is the overclocked version of the original model. So a logical question raises – who will bring the first phones powered by this chip?

When getting acquainted with the key specs of the Snapdragon 888, we also found that Motorola and ASUS are going to become pioneers in terms of launching top-end models with this onboard. But is this what most users are waiting for? As one of the Engadget readers commented, “Moto + “high-end” go together??  In what world…” It’s difficult not to agree with this statement.

As said above, we are dealing with the overclocked variant of the Snapdragon 888. The clock speed of the Kryo 680 Prime core has been increased to 2.995GHz. As a reference, on the original model, it is 2.84GHz. Not surprisingly, the remaining 3 ARM Cortex A78-based cores at 2.4GHz and 4 Cortex A55-based efficiency cores at 1.8GHz remain unchanged. Moreover, the graphics card remains the same as well. 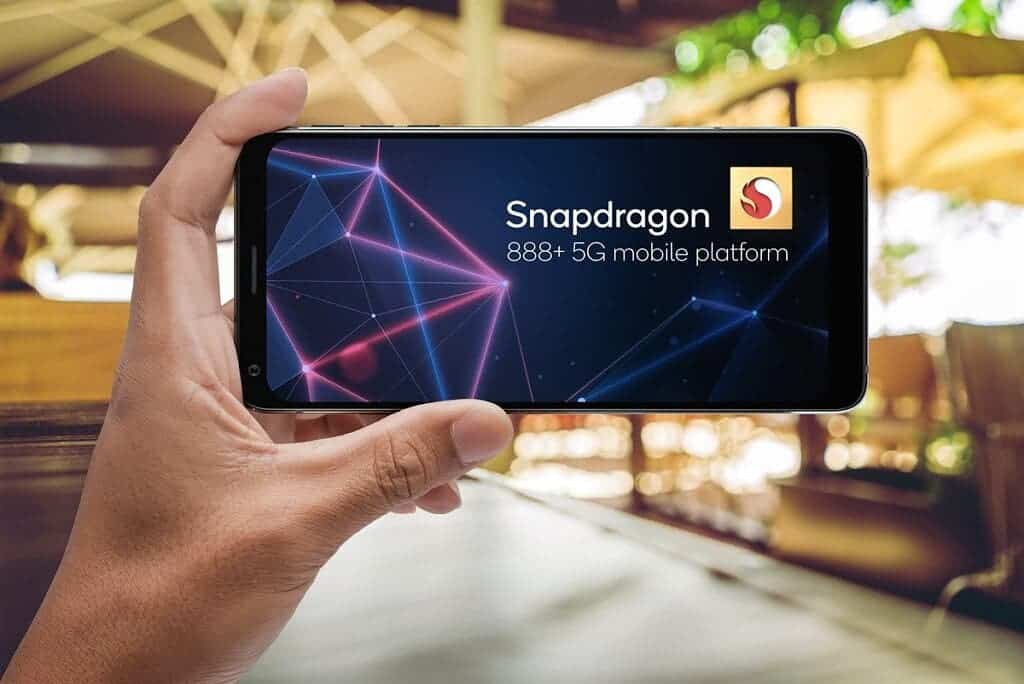 The chip also supports Wi-Fi 6E with the ability to use the 2.4GHz, 5GHz and 6GHz bands. In addition, there is a Bluetooth 5.2 adapter. At last, the chip supports NFC technology, GPS, Beidou, Galileo and GLONASS, USB 3.1 interface, etc. As for the latter, it is possible to use 4K displays with a refresh rate of 60 Hz and QHD + with a refresh rate up to 144 Hz. Camera resolutions can be up to 200 megapixels.

First Commercial Smartphones With Snapdragon 888 Plus Onboard

The chip maker said that first models sporting the new Snapdragon 888 Plus should hit the market in the third quarter of 2021. About ASUS and Motorola we already know. But apart from these brands, Xiaomi, Honor and VIVO will launch similar models as well. We even know some specific models that will carry it inside. They include ASUS’ next ROG Phone, Honor’s Magic 3, etc.

But this doesn’t mean that other major OEMs won’t launch phones sporting the Snapdragon 888 Plus chip.

Previous OnePlus Nord 2 leaked in all its glory