While we are enchanted with the 120W fast charging technology of Xiaomi, ZTE and VIVO, Infinix has developed its own technology. The latter supports up to 160W fast charging. Unfortunately, it’s in the stage of concept only. But we are almost sure this technology will appear on final products very soon.

Recently, the company introduced the Infinix Concept Phone 2021. As said, it supports 160W fast charging and can fully charge the 4,000mAh battery in just 10 minutes. But fast charging also drives more heat and weakens phone’s security. In this sense, the mentioned product showcases what Infinix is working on besides charging.

Tested. Refined. Perfected. This is how we roll at Infinix. 🚀#Infinix #InfinixConceptPhone pic.twitter.com/WVJMzXOKsH

The new Ultra Flash Charge system of the company uses an 8C battery. The latter has 18% lower internal resistance compared to a 6C battery.

Due to the new technology of Infinix, the Super Charge Pump converts the incoming voltage from the USB-C port to the voltage that goes into the battery itself. Its efficiency rate is as high as 98.6%. As a reference, OPPO’s similar technology with a 125W charging rate has three parallel pumps that achieve 98% efficiency. The higher the efficiency rate, the better because the remaining percentage points to 100% turn to heat.

To solve the heat dissipation problem, the Infinix Concept Phone 2021 comes with 20 temperature sensors. They have a responsibility to keep the phone under 40ºC. Once they detect a higher voltage or electromagnetic interference, they will launch one or several of 60 security protection mechanisms to protect the phone.

As for the charger, it is built Gallium Nitrate (GaN) and Silicon Carbide (SiC) semiconductors. This is the only way at the moment to remain compact. Also, it supports myriads of protocols.

Apart from the 160W wired fast charging, the Infinix Concept Phone 2021 also supports up to 50W wireless charging. But we should admit that this is not surprising.

The Infinix Concept Phone 2021 will come with a 6.67-inch AMOLED screen with a 1080p+ resolution and an 88º curvature. Thus, there will be no buttons on the side. With such a curvature, it’s impossible.

On the back, we can see the massive “Now”, which is part of the company’s motto “The future is now”. But the word “Now” isn’t what made us surprised. Actually, we are dealing with the company’s color-changing technology based on electrochromic and electroluminescent tech. When looking attentively, inside the “O”, there is a breathing light. It pulses when the phone charges. Moreover, it can change from silver gray to light blue, according to notification types. 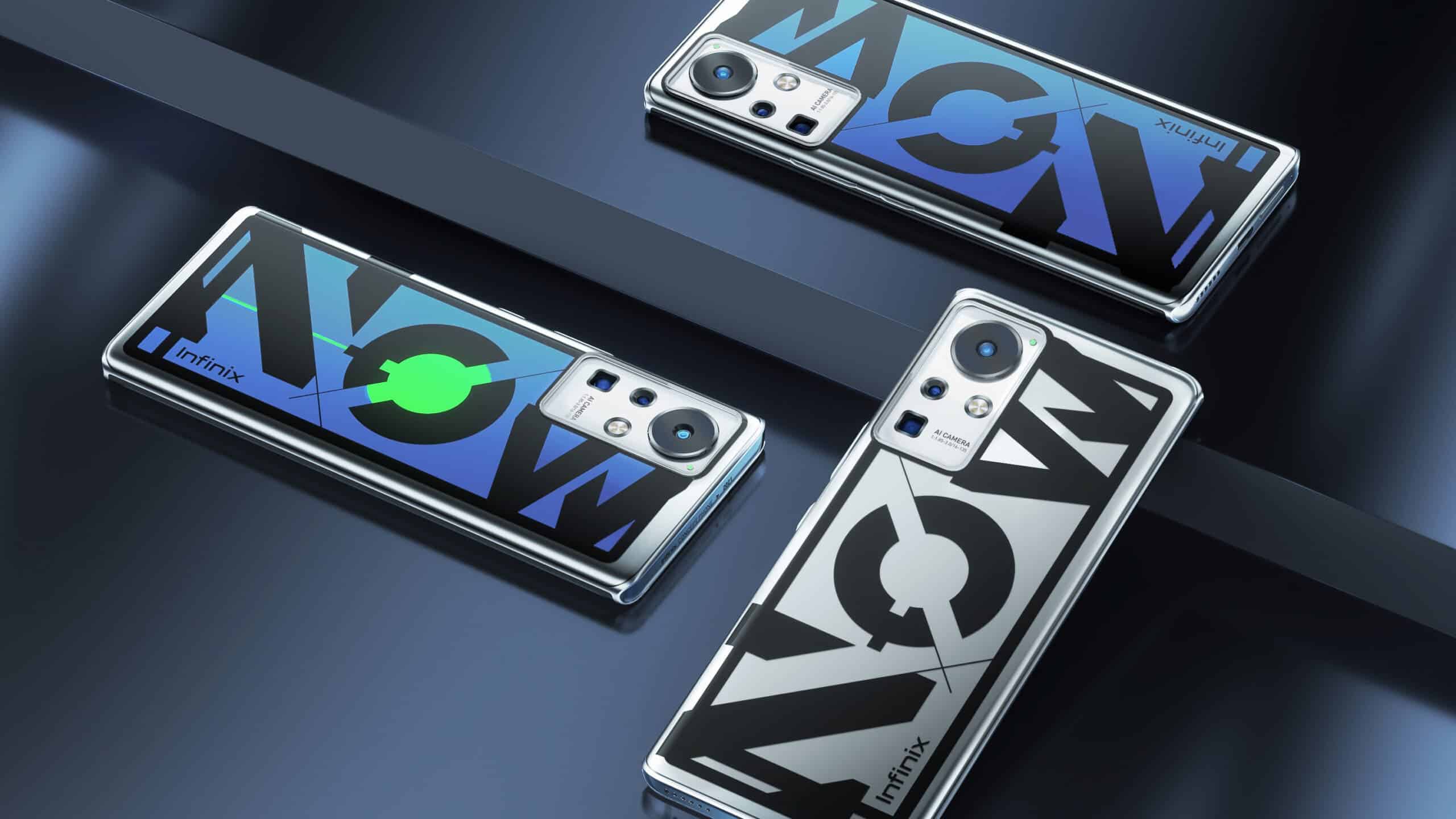 There is also a 135 mm lens supporting 10x zoom. This lens is accompanied by an 8MP sensor.

Zoom in like never before with 60x Periscope. 🔬#Infinix pic.twitter.com/AfWMln6H9Z

As you guess, there is no specific date for the launch.

Previous ASUS and Motorola To Launch First Snapdragon 888 Plus Phones