We’re getting close to September and consequently, closer to the new iPhone series release. Alongside the new Apple smartphones, we will also know the seventh generation of the Apple Watch – the Apple Watch Series 7. According to rumors, the new smartwatches will bring a brand new design. We already saw a couple of renders of the upcoming wearable. The renders suggest that Apple is opting for a flat-edge design on the upcoming smartwatch similar to the iPhone 12 series, and presumably, the iPhone 13 series. According to a free report, the company is prioritizing the battery life with the new design. So we may see a bulkier or thicker smartwatch, but that is coming for a good reason.

Ahead of the Apple Watch Series 7 release, Apple’s renowned analyst Ming-Chi Kuo has some tidbits to share. According to him, the new Apple Watch could pack a bigger battery. While the Apple Watch is likely to remain the same size, it is expected to become slightly thicker. However, this may not be noticed by the end-users. 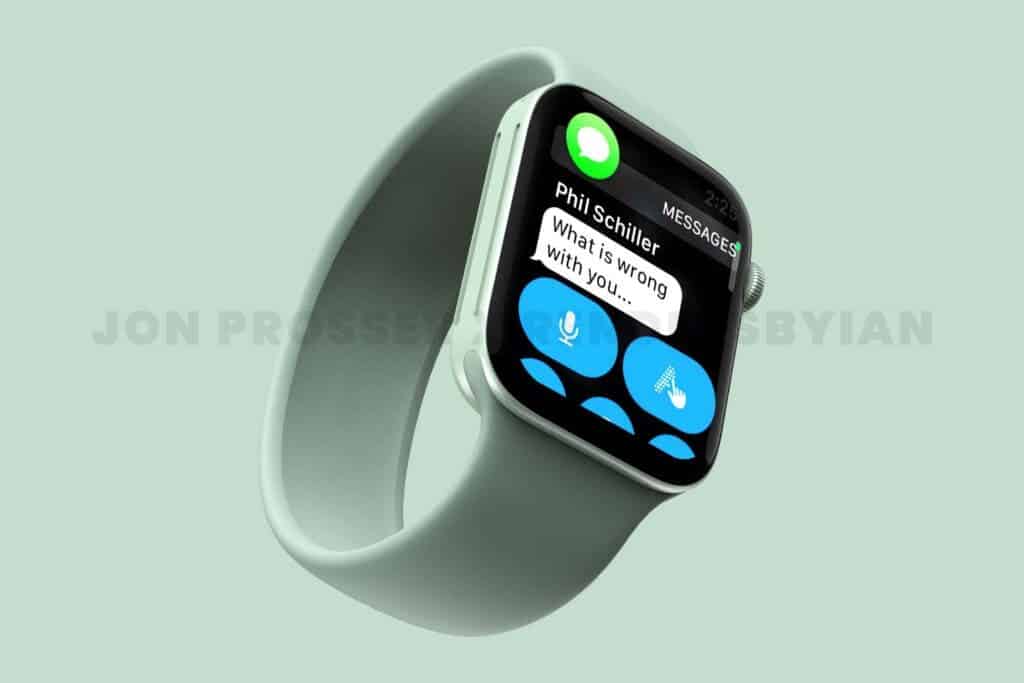 The Apple Watch Series 6 44mm variant packs a 1.17Wh battery, whereas the 40mm variant has a 1,024Wh battery. Both variants offer around 18 hours of battery life on a single charge. There are still no details about the Apple Watch Series 7 battery capacity. However, they should be slightly bigger than those of the previous generation.

According to Bloomberg, Apple has been working on a body temperature sensor. However, this feature may not be present on the Watch Series 7. It is likely to appear only in 2022. The company is also working on a glucose monitoring sensor, however, despite previous rumors, this feature is several years away from us.

Besides the new battery, the new Apple Watch Series 7 will not bring ground-breaking features. It will still get a fast processor, improved wireless connectivity, and an updated screen. Apple has tested the Series 7 with thinner borders and a new lamination technique that brings the display closer to the front cover. It will e slightly thicker compared to the Apple Watch Series 6. The watch will also feature an updated Ultrawideband chip, presumably the U2. The smartwatch will come in multiple colorways, including Pastel Green and Blue colorways. It will come in Black and Silver colors as well.

The new watch should be revealed in September of October. Apple is yet to confirm if it will return to the September schedule or will stay in October.