Back in 2019, when the Cupertino-based company launched the Apple Card, it was trying to revolutionize the credit card market. In some sense, the company succeeded. But recently, we heard about some issues related to it. We will go back to it later. But now, we are going to say that OPPO inspired by Apple Card’s success has decided to launch its own OPPO Card.

A listing on the Chinese Trademark portal shows that OPPO has filed a trademark named “OPPO Card.” The application was filed on June 22, 2021. The application number is 57108414 and it appeared under International Classification – 9. 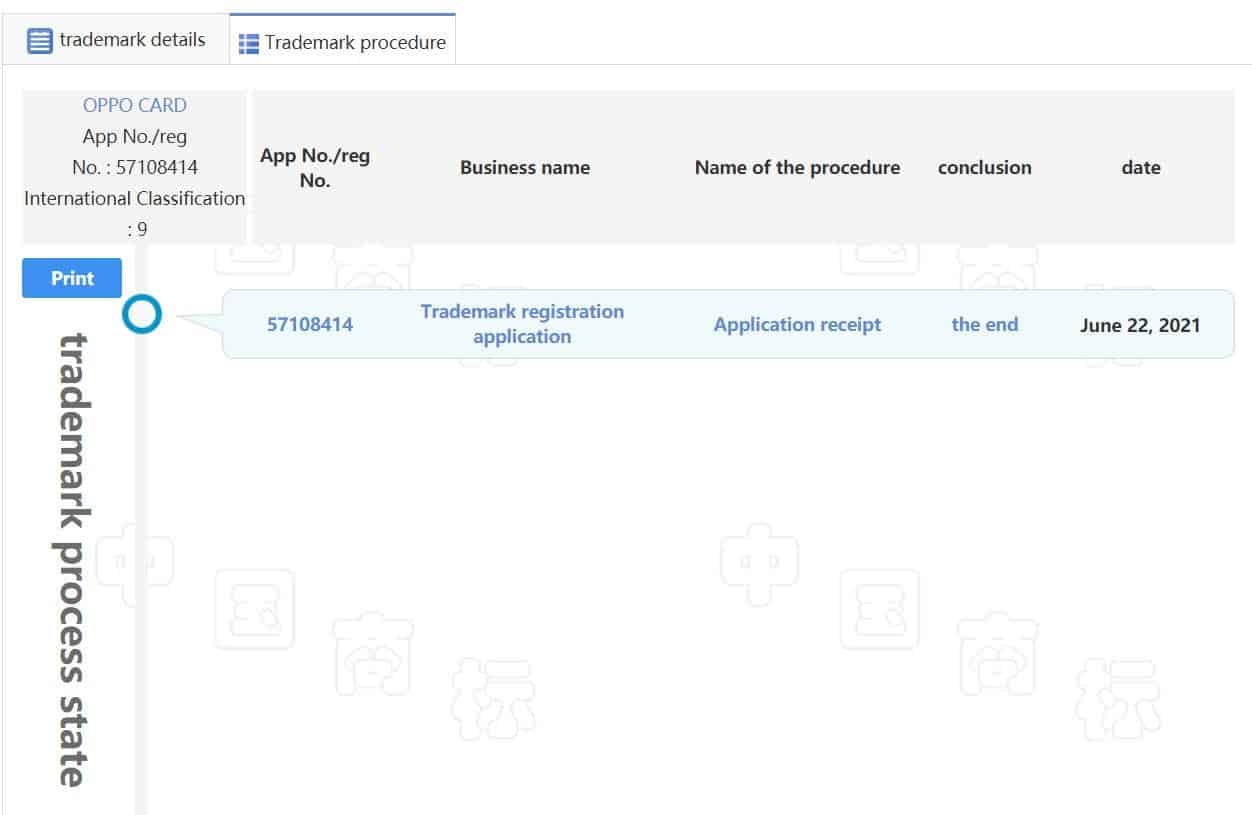 When checking the timeline of this trademark filing, we can see this trademark is awaiting acceptance. So detailed information is temporarily unavailable.

However, as the Apple card comes with awesome security features and no fees, we guess the OPPO Card will have similar features.

Apple Card Has Had Issues

Anyway, nothing is perfect. Though Apple has been always pursuing the goal of making ideal products, even the Apple Card has some issues.

Recently, some users of Apple Card have been experiencing issues. In the early morning on June 14, Apple reported that some users are unable to make in-store purchases. Particularly, users who were trying to make purchases via Apple’s digital wallet service, Apple Pay couldn’t complete the purchase process. As the physical credit cards were working properly, users immediately understood that the problem is related to Apple only. Fortunately, the problem was solved quickly.

Going back to the very start, Apple offers white and titanium credit cards. Moreover, there is also a digital version of the card, which is used at merchants that accept Apple Pay.

In fact, it’s a very useful card. The company has been promoting it to have no hidden fees or late-payment fees, and it also offer rewards program such as a 2% cash back. But the biggest highlight is the card’s baked-in security: “it comes with multiple credit card numbers in the event your card is compromised, and the physical version of the card is free of numbers altogether.”

The Apple Card completely depends on user’s iPhone. But it’s not surprising because Apple likes interconnecting its products. This not only generates more sales but also makes use of Apple products more secure.

By the way, there are other manufacturers such as Huawei that have their own cards.