In the modern smartphone market, the flagship devices must definitely offer a good camera. Still, it would be good to profit from the advancments of some kind of camera brand in order to add value and show that “the hand of the master is here”, as a kind of quality mark and marketing tool to manipulate the minds of users.

So, Nokia prefers to work with Zeiss, and the same optics began to be installed in Vivo smartphones. Long enough, and I must say, not without success, Huawei worked with Leica. After the United States banned the Chinese company, the German photo brand was not left unchallenged and Sharp picked up its nameplate. The Japanese were so generous that they even allowed the Aquos R6 to be re-released under the Leica brand.

One of the latest high-profile collaborations is OnePlus and Hasselblad. Previously, Samsung relied on its own strength to create mobile cameras, and now it could call Olympus for help . But the collaboration of the two companies is only rumor. Just like a rumor that Realme does not want to lag behind its colleagues.

On its Weibo page, the well-known insider Digital Chat Station announced that during the presentation of the realme GT Master Edition, the company will announce a partnership with a veteran camera manufacturer. He did not name the brand, but excluded Sony from the list of alleged partners. With whom did you decide to cooperate? Canon, Fujifilm, Nikon, Panasonic, Pentax and Polaroid? Or is it Leica, Zeiss or Hasselblad? None of the named. It will be Kodak. So, says another Chinese network informant. 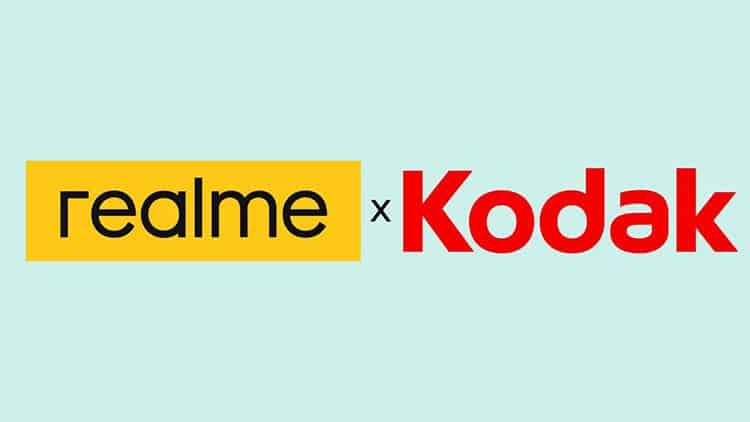 Internet sources have released information on the technical characteristics of the smartphone Realme GT 5G Master Edition, which will be presented in the second half of this year.

We know that the device will be based on the Qualcomm Snapdragon 870 processor. This product contains eight Kryo 585 cores clocked at up to 3.2GHz, an Adreno 650 graphics accelerator and a Snapdragon X55 5G cellular modem.

The smartphone will allegedly receive a 6.5-inch display with a refresh rate of 90 Hz. Power will be provided by a rechargeable battery with a capacity of 4500 mAh with support for fast 65-watt charging.

At the back will be a camera containing a 108-megapixel main sensor. It will also have sensors with 13 and 2 mega-pixels. The front camera can be up to 32 mega-pixels. 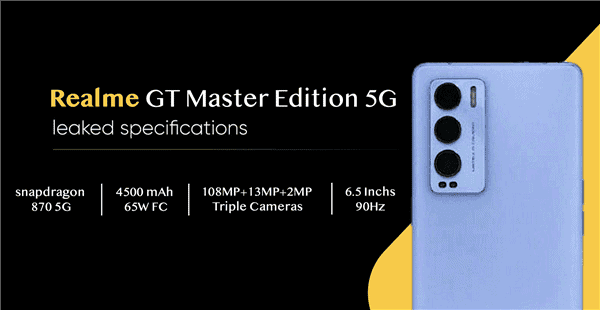 Next Will there be a sub-screen camera in the Samsung Galaxy Z Fold 3?