Apple has repeatedly been accused of making a marketing mistake or deliberately misleading users using the term “waterproof”. It creates an association in the minds of consumers that you can swim with the iPhone and that it certainly does not threaten anything if you talk on it in the pouring rain. And it also prefers to keep silent in advertising materials that the guarantee for flooding of devices does not apply in any case.

A wave of criticism and indignation in China was caused by another advertisement, which showed a man who stands in the pouring rain and holds an iPhone 12 near his ear. The captions of the video indicate that there is no reason to worry, because there is protection from splashes and water. A number of users said that the video is spectacular; and leaves no doubt that the smartphone will survive after such a test.

Perhaps rain really won’t hurt the iPhone 12’s; but the trick is that Apple’s service policies clearly state that the warranty does not apply to flooding. In this case, the advertisement for waterproofing looks like a mockery and provocation. In addition, the company claims that daily use results in reduced dust and waterproof performance.

True, it should be said that the lack of a guarantee for the “drowned” is an unspoken rule in the mobile industry. If your smartphone was submerged in water and something went wrong after that – be ready to bring it back to life by paying your own money for repairs. 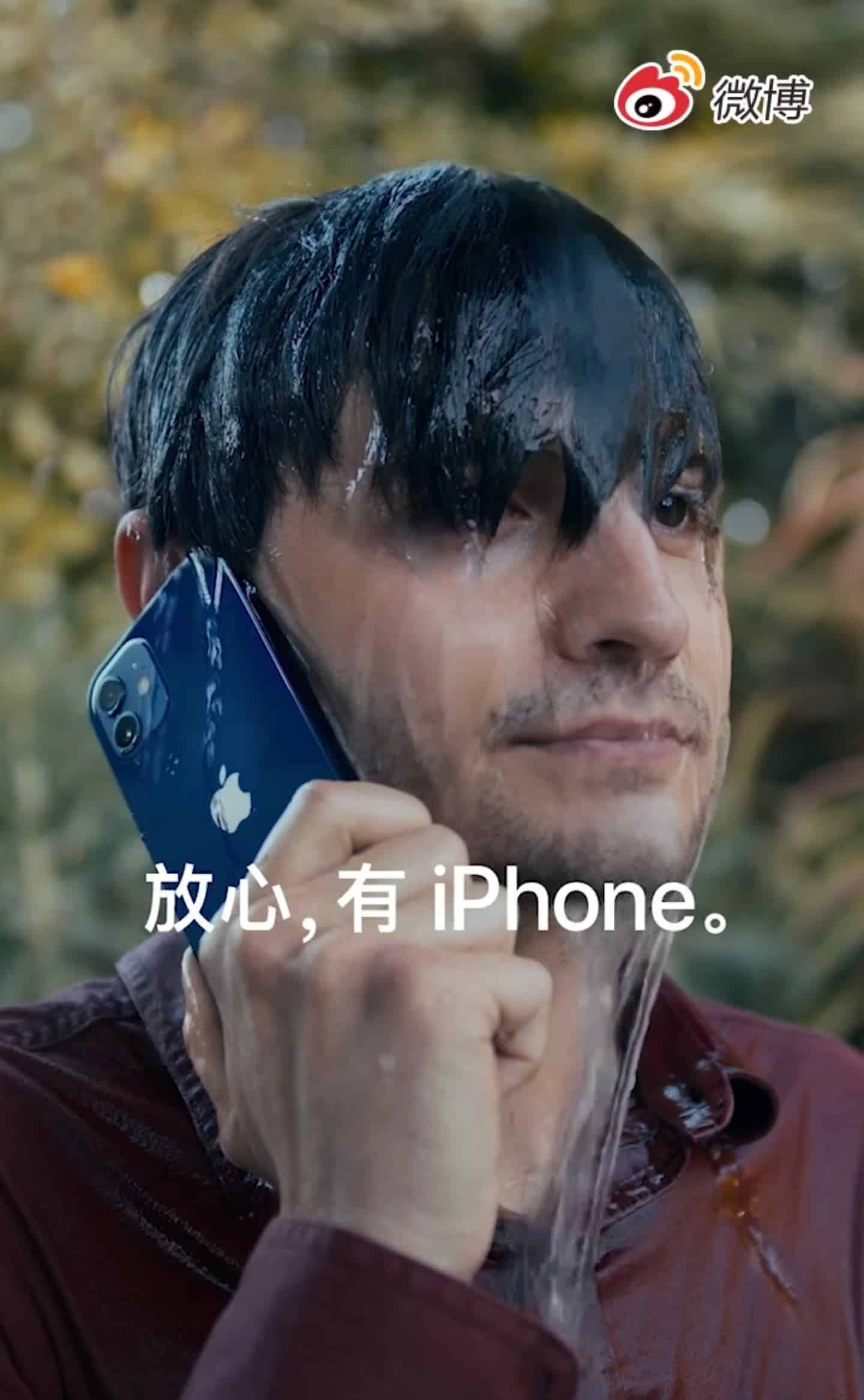 iPhone 12 outsells its predecessor, with over 100 million already sold

It is noted that the iPhone 12 smartphones crossed the mark of 100 million devices sold back in April; in the seventh month after the release. For comparison: the devices of the previous generation – iPhone 11 – took two months longer to reach this milestone.

The most expensive model is responsible for about 29% of the total iPhone 12 sales; It’s the 12 Pro Max. In the case of a similar version in the iPhone 11 family, the figure was 25%.

Several factors are driving the 12’s impressive sales. These smartphones were the first Apple devices with 5G cellular connectivity. In addition, the market has revived after last year’s pandemic-related downturn.

It is worth adding that this week the iPhones celebrated their fourteenth anniversary on the market. The original iPhone went on sale on June 29, 2007.

Previous List of Xiaomi, Redmi, Poco and Black Shark devices that will update to Android 12

Next Best Free iOS Apps and Games of the Week: SubscriptionsX, MindNode, Retro Goal and More!